Hi,i just wanted to tell some stories about some people in My family:

My great grandad was Billy mitchell's favorite test pilot and he was the one who flew planes to prove bombing ships was possible during the 20's.That was what lauched aerial warfare!without him,there,wouldent be any fighter or bombers(not that fighters and bombers are a good thing,but still,they're interesting).He died while flying a small monoeingine
after take-off from a dangerous experimental airfield,the eingein stopped and he crashed into a lake.Mitchell(who was a general)swam down to save him,only to find his bodie.He cried,and later bombed his tomb with rose petals.

My uncle was a dash 7 pilot and later instructor and he had the most ever flight hours on a dash seven.he broke the world record of liong ditance,and altitude in a dash 7.He died last year of abrain tumor.

My great uncle was a german bombe and transport pilot during WWII.he was of very high grade and died from sabotage.His plane blew up in mid-air and he was the only survivor of the crash(after heroicly avoiding crashing into a house)but died on the way to the hosital.

My other great uncle was a pby catalina pilot during WWII stationed in the tropics and he had no combat or bombing.hw swan after water landings in his plane in tropical islands and he was paid for having the best fun in the world.He is still alive.

And now,I'm the only one to love planes except for my 2nd cousin who qualified for combat plane son carriers but bbecause she was female she was repelled by the males and quit so that now she is a seahawk pilot in the mediterannean refueling ships.Hope you like the stories. I don't want to offend anyone with these war stories or violent parts.

You have flights in your DNA hms. 👍

Wow...I don't think anyone in my family can or has ever flown any type of aircraft... 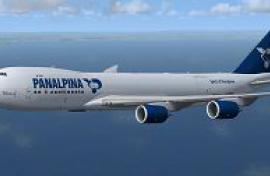