The day has final arrived.

A bit late I know and no one else has posted about this but the F-14 has retired. Have a read from USA today ➡

From the article above:

"Sophisticated missiles have made its specialty, aerial dogfighting, obsolete. Opposing aircraft target each other from miles away, often before the pilots can see each other except on radar. "

Bull! They said the same thing back in Viet Nam when they built the F-4 without a gun, then had to scramble to add the gun when they realized they still had to dogfight. The military doesn't learn from their own mistakes. It's sad to see the Tomcat go. I guess it was getting expensive to maintain but I'd rather have the Tomcat and cancel the B-2 Stealth bombers. I love the Tomcat and I still love the movie Top Gun. 😞 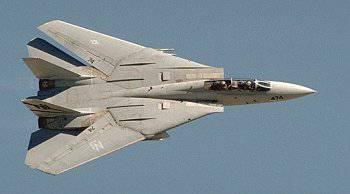 It was one of my favorite planes!!! 😞