What age were you when you started Flight Sim??

Hi everyone, what age were you when you started flight sim?? I just wanted to know because I am only 13 but I have a very good interest in aviation, and Flight Sim. I would consider myself good at Flight Simulator (I'm not perfect, but considering my age and all). I was just wondering, do you know many people as young as me who doesn't play Flight Sim, but uses Flight Sim. All my friends like Flight Simulator and nearly always play it when they are over in my house but they don't do it properly. They just get up the biggest plane they can find and start trying to crash (or sometimes try to fly it, but just end up crashing it!! 🙂 I did all the lessons in Flight Sim (I find the lessons easy enough but I think the checkrides are very hard to pass, she is very very evil that woman

). Right now as I type I am at FL190, in a Boeing 737-400, after taking off from KSFO (San Francisco Intl.) about 25 minutes ago. My passengers are 100% happy (as they nearly always are on my flights). I should be landing in LAX (LA Intl Airport) in about 40 minutes or so if the weather stays the same. Wish me luck [as I am promised crosswinds on landing!!]... (PS the reason why there is no line breaks in my whole post is because the add-on I am using for flight sim [I don't know what it is called but it is the one that turns the keyboard_keys.html into a web browser, doesn't seem to allow you to press enter, and I don't know why not. Anyway, is it very unusual to take such an interest in flying at such a young age?? Did any of you start flying at this young age or know anybody who did?? Thanks

Well I was playing flightsim 95 when I was about 10 but I didnt really play it the way it was supposed to be played...i just applied full throttle and flew around chicago all day! hehe I installed fs2004 about 6 months ago and have recently started getting into it big time...adding planes and various other addons

it;s a top game. cant wait for the next installment 🙂

I'm 15 right now but have been simming since I was about 6!!! ...on FS95. Obviosuly I wasn't very good at this age. I'd just sort of take off and fly in a straight line for ages 🙄 I dared not turn because I could never get it level again 😂

I bought FS2002 when I was about 13 and thats where I leant to fly, it took me ages but I still remember my first flight from London to Paris. I then got FS9 when I was about 14 and have had it about a year. 😉

My firends like FS aswell but their never willing to take it seriously, maybe I should take a leaf from their book when the damn PC crashes just before landing after a long flight

I will date myself here but I remember playing Flight Simulator 2 on the apple IIc!! Would love to see some screenshots of that game for comparison, lol!

Just seen this pic of FS95....and to think this was only nine years before FS9 was released...

check it out and be amazed.... 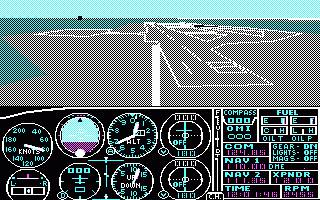 how things have changed....

Triggered by the great success of FS1 for the Apple, both the big IBM and a small software firm from Redmond approached SubLOGIC in 1981 to obtain an exclusive license on a version of Flight Simulator for the new IBM PC. Eventually the young entrepreneurs Bruce Artwick and Bill Gates found each other because, as Artwick stated: "I decided to go with Microsoft because of its nice small-company atmosphere (sic!)."

msfs1 was released in 1982 i think....although there were versions available for the apple even before that...

I wonder if we'll look back on pics of FS9 in twenty years and think the same.

I wonder if we'll look back on pics of FS9 in twenty years and think the same.

hehe im sure we will, by that time you'll be getting cessnas free in xmas crackers...

Thanks for that fs1 screenshot, chlorinekid! Of course, one must remember what it was like to play on an 8" green monitor! 😕

I don't think I was even alive during that time

I started off with flight simulator 95, but wasn't really flying properly, and I couldn't manage a landing without crashing (I was about 9 at that stage, and was never on a real plane before and how was I to know that when landing you don't point your nose straight down to the threshold of the runway!! lol)

I didn't have 95 for long (only about 3 months) and then I got 98. I was a bit more serious then, but I only used the Cessna in Meigs Field, which in my opinion was the easiest.

Website that shows the history of flight simulator.
http://fshistory.simflight.com/fsh/index.htm

I started with FS 98.
My dad bought it when i was 8.
I got fs9 two years ago.
and now i take it very seriously.

with the occasional breaking of the sound barrier in 747...

Here is some pictures that I managed to dig out. (They may take long to load with 56k internet)
FS95

Speaking of which, anybody remember how bad FS98 was at lining you up with the center of the runway when you said that you wanted to start the flight on the runway?? 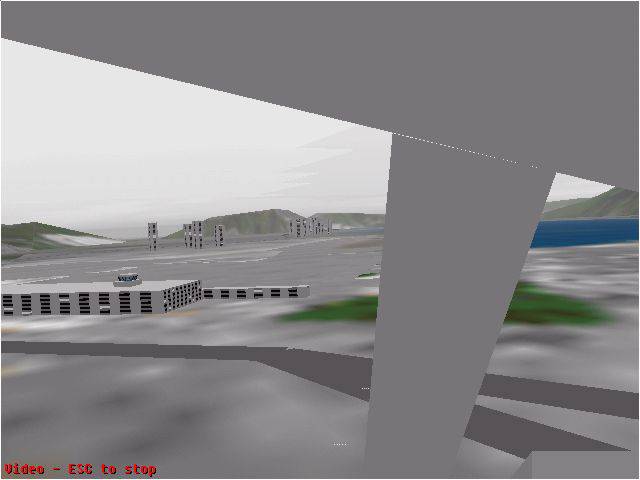 considering fs95 is like 10 years old its still very playable in my opinion. it just shows you how great it was when it was released, how realistic it was and how detailed it was. great game 🙂 🙂 🙂

About 3 years ago when FS9 came out, i was

I was 33 when I started playing, just a few months ago. Today is my 34th birthday 😎

Guess I must be the oldest here at 57! I bought a cheap flight sim game for my daughter (14) as she likes planes. She wasn't interested but I was hooked and have bought FS 2004. We are going to California in July and I will pick up a CH Yoke there, They are half the price in the states compared to the UK.

Happy birthday, late but better late than ever. 🙂

...oh my how things have changed, lol

My high school physics teacher had a copy of the original Flight Simulator (which he let us dabble with before class).

When I started, I was only about 7,8,or 9 years old(something like that). Here is how-

One day i was at my friends house, and my friends dad is a pilot(or something having to do with the military and flying) and he owned FS98. At that time i was very interested in planes(i am still now) and i tried FS98. I was amazed. I was So happy that there was such a thing as flight simulator! Seriously, i havent heard of it before! So i ate lunch at his house, then all i wanted to do is fly FS98. When that day ended, i asked my mom if we could buy FS98 because it was so awesome. So in a few days, yes, we did go down to the store, and we didnt see FS98. We saw FS2002! (That is because my frind owned an old version, and it was like 2001 or 2002 at the time when i went to the store)So i picked up FS2002, and i was amazed yet again, because the difference between FS2002 and 98! So then i started messing around with the sim, flying around, i kinda already understood how planes fly, so i started to teach myself. of course, i did take some of rod machadoes lessons at first. I had fun with FS2002, and i eagerly awaited the release of FS2004. When it came out, i ran to the store and picked up a copy with 40 of my 80 dollars. boy was i happy. I instantly went home, even though it was already like 9 pm, i installed it and flew it so good. I bought a joystick after that (i dont remember when, but i bought one). I bought a new and better joystick after a while, which i use now. I gave my copy of FS2002 to my friend, so if he ever gets his internet working, we can fly multiplayer. I guess that brings me to right now, when i am 11 going on 12 years old, and still enjoying flight simulator, and eagerly awaiting the release of the next addition to ths FS family.

i first bought fs98 for 50pence 3 years ago, i didn't fly properly but messed about. i left that for a while and just after christmas this year i bought fs9 at age 15

I was 42 when I flew FS5 in 1994. I had already flown friends Beech Bonanza, Piper Cherokee Six, and Cessna 172. I also had a couple of hours as PIC of Cessna 152s. I had to put my flying lessons on hold due to family issues and never got past the Student Pilot certificate.