(highly recommended).
This is the IFDG-MD11 in the Fedex Panda livery, and looks pretty cool if I say so myself. The scenery is all default FS9, the only payware is FS Water.
As Liono said in one of his recent posts, "who needs FSX"

For anyone interested, the IFDG-MD11 is freeware, and comes in several liveries found on Avsim, twinned with the MD11 sound package also found on Avsim, this gives you an awesome freeware MD11.
I'm not very good at posting direct links,

so just type ( IFDG MD11) in the Avsim search bar for the aircraft, for the General Electric Soundset for the McDonnell Douglas MD-11, just type (cf6-80c2d1f.zip) in the search bar also. Enjoy the freeware

Sorry for the amount of captures. 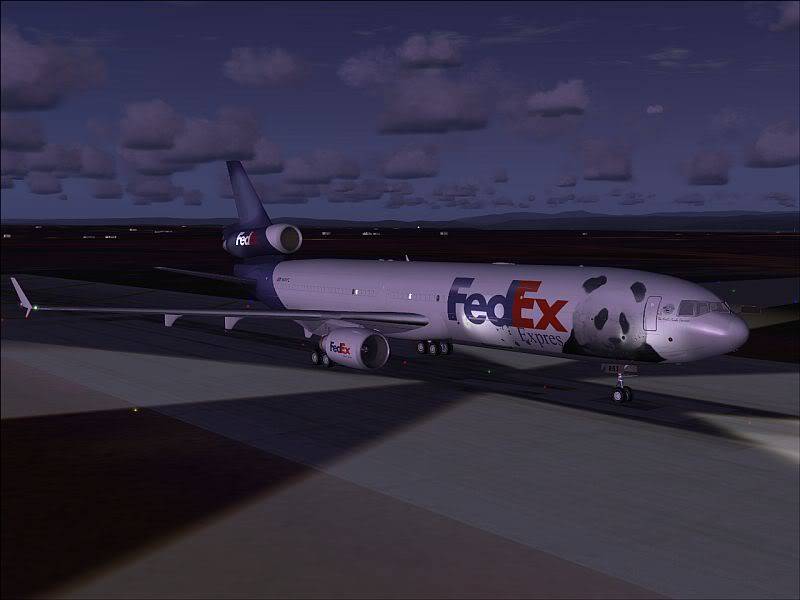 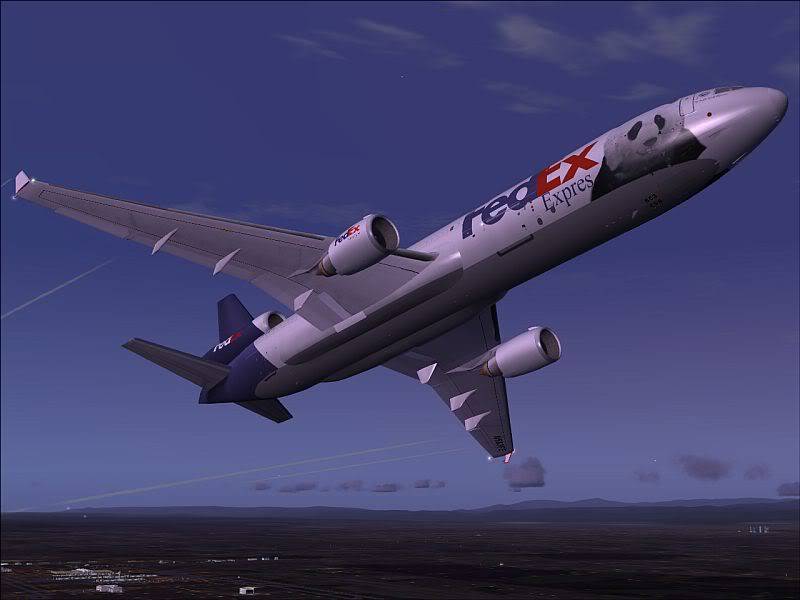 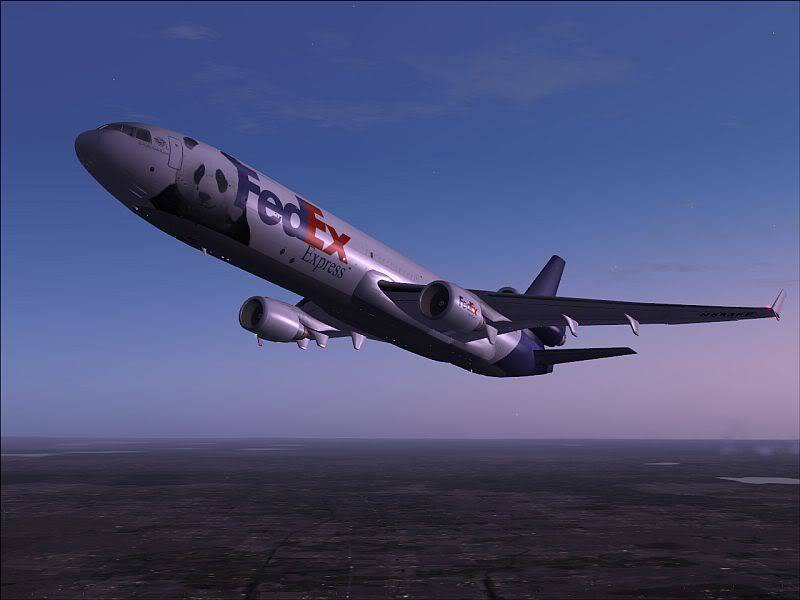 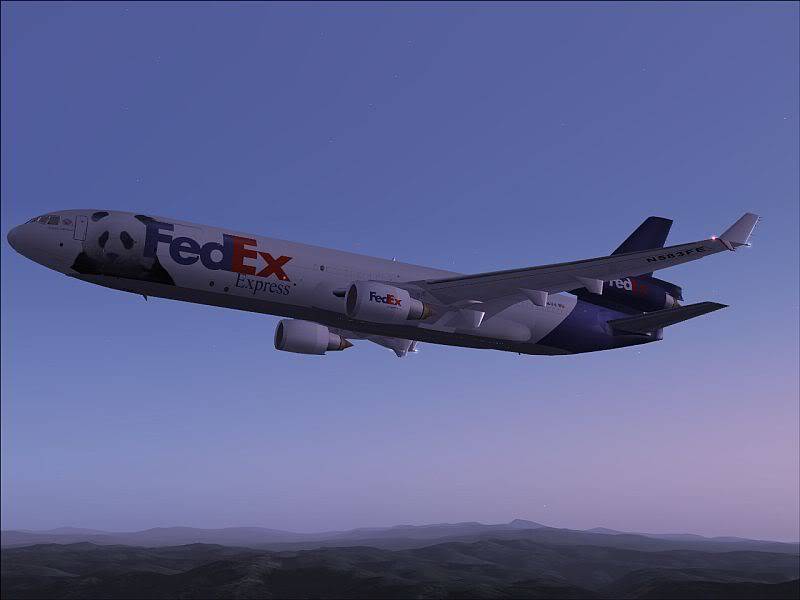 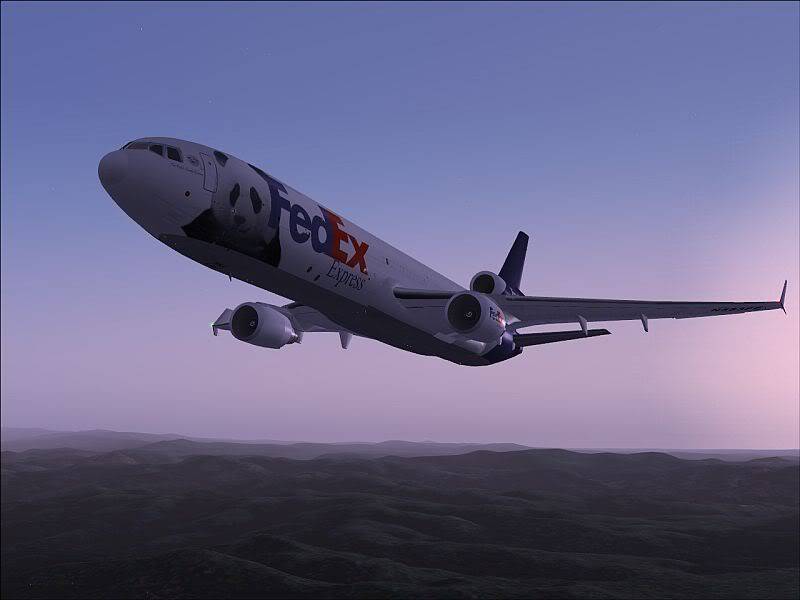 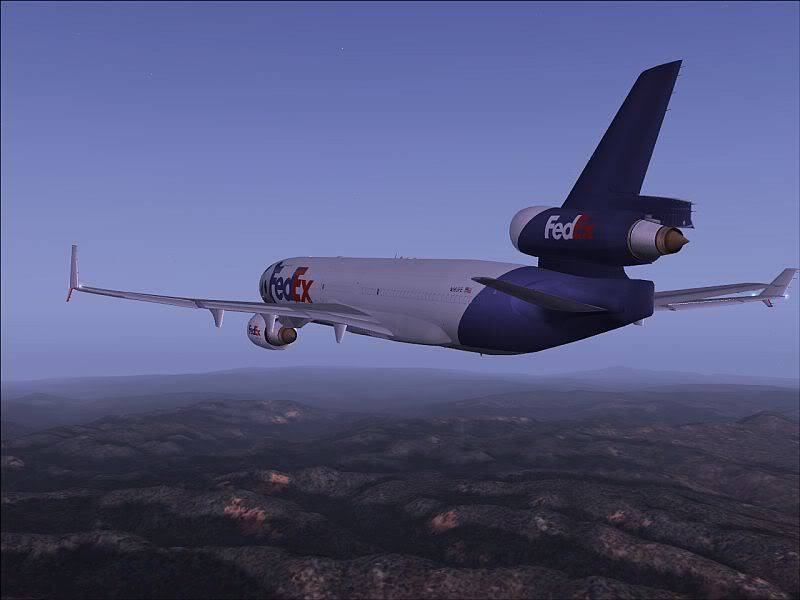 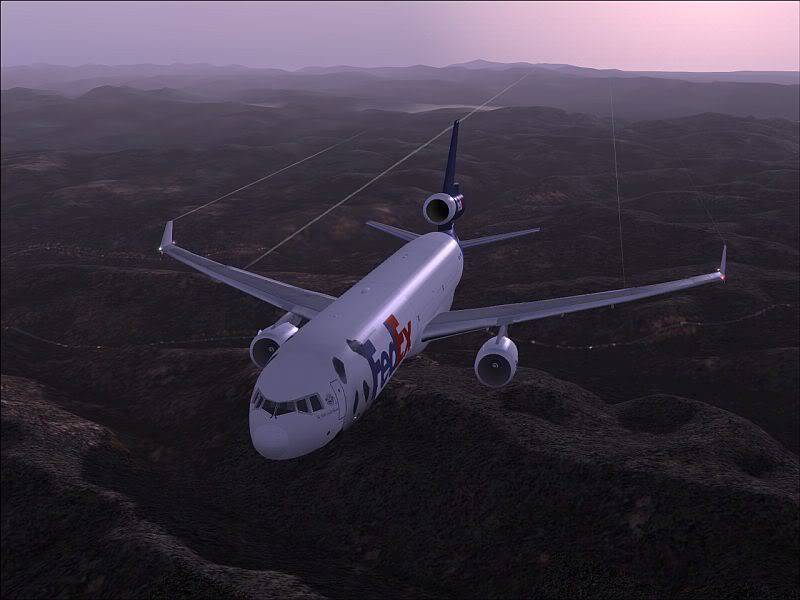 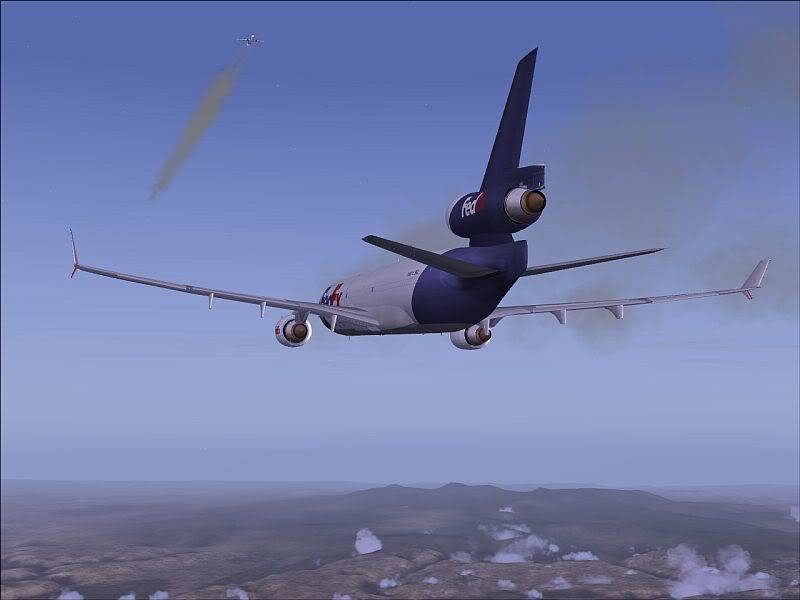 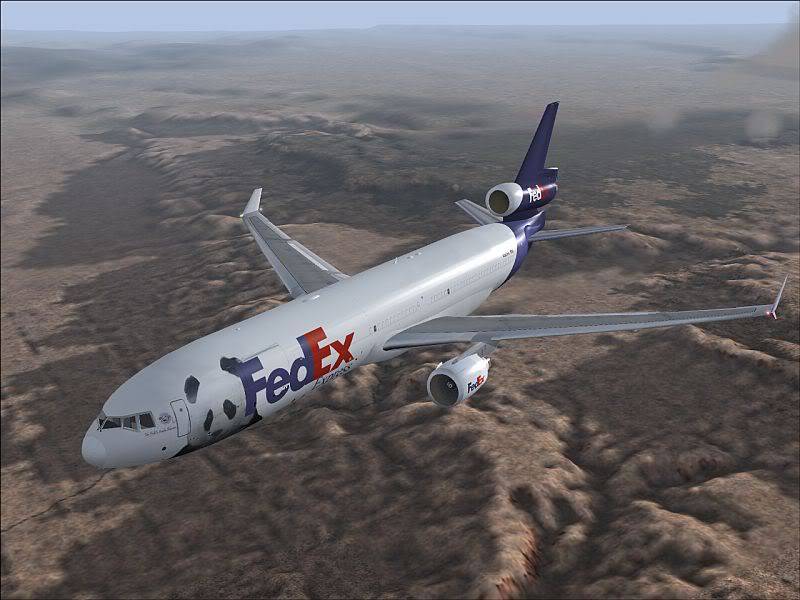 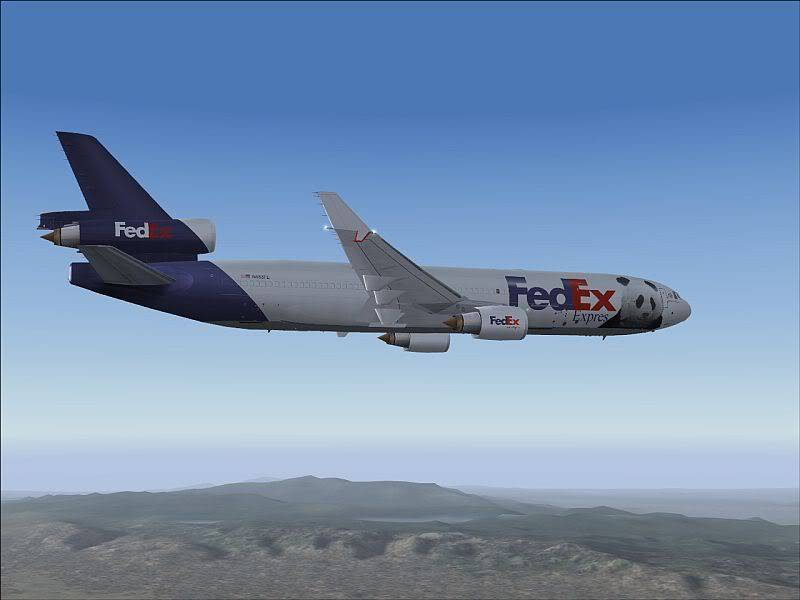 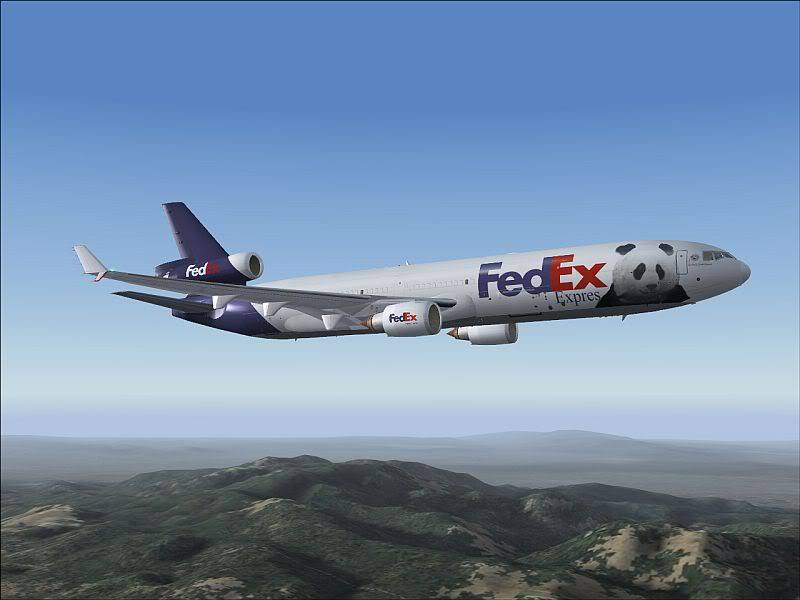 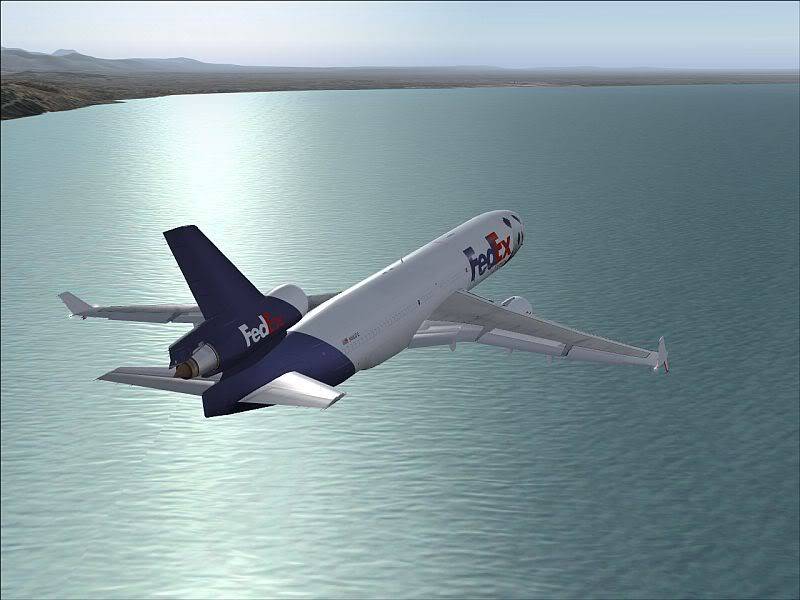 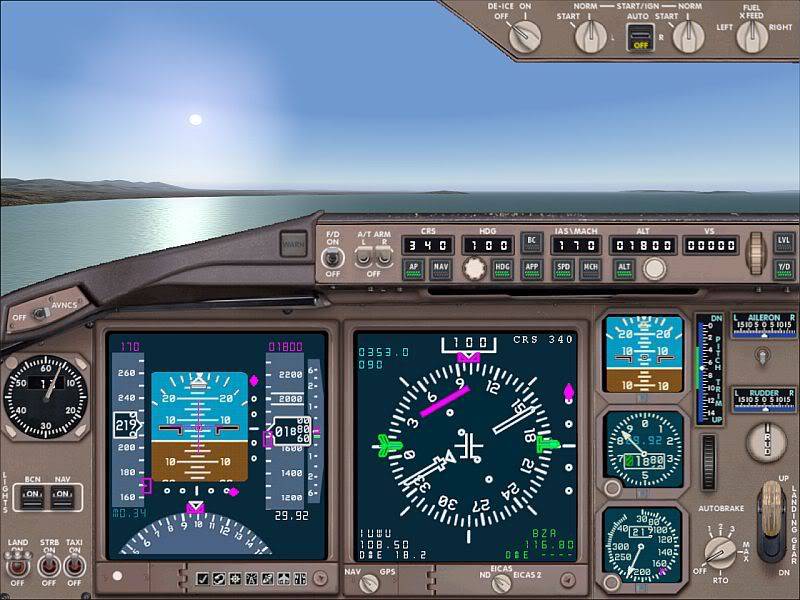 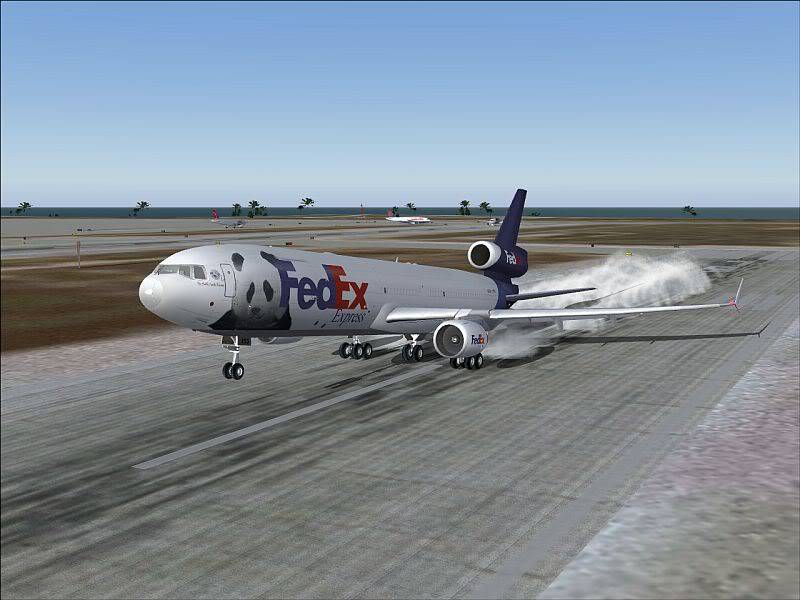 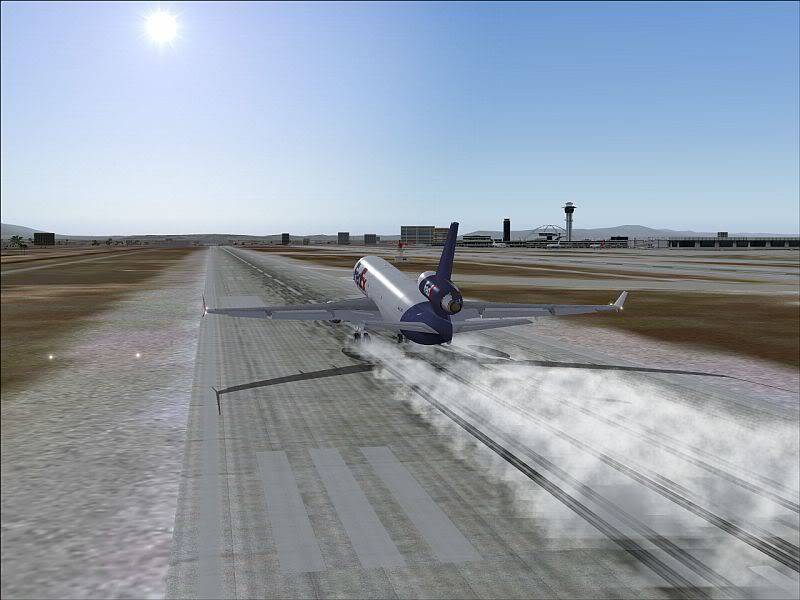 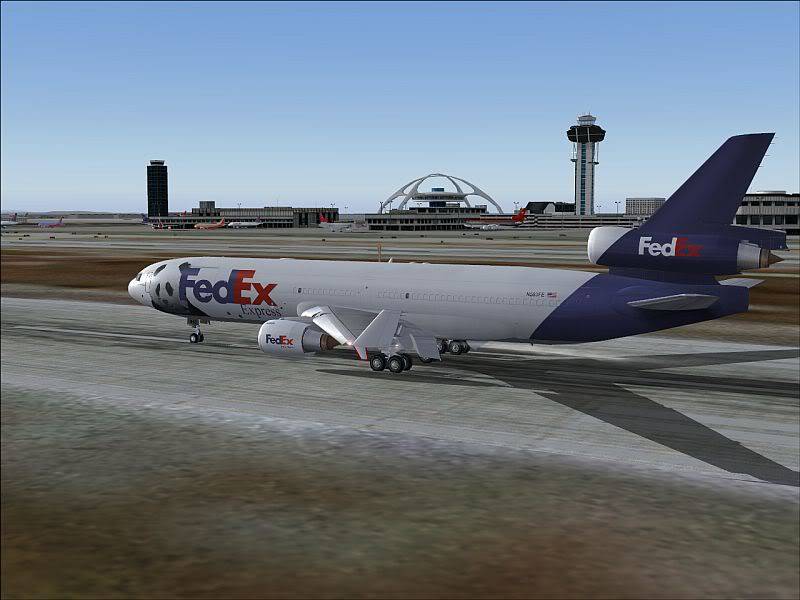 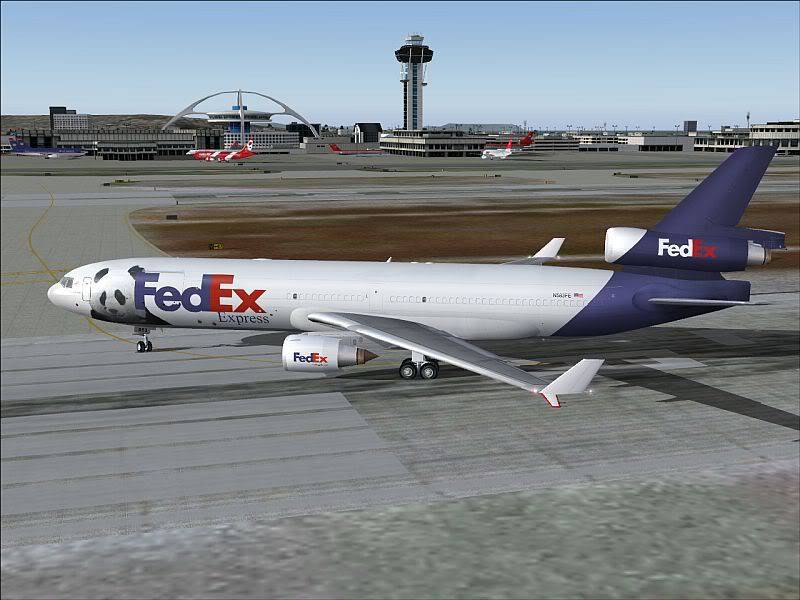 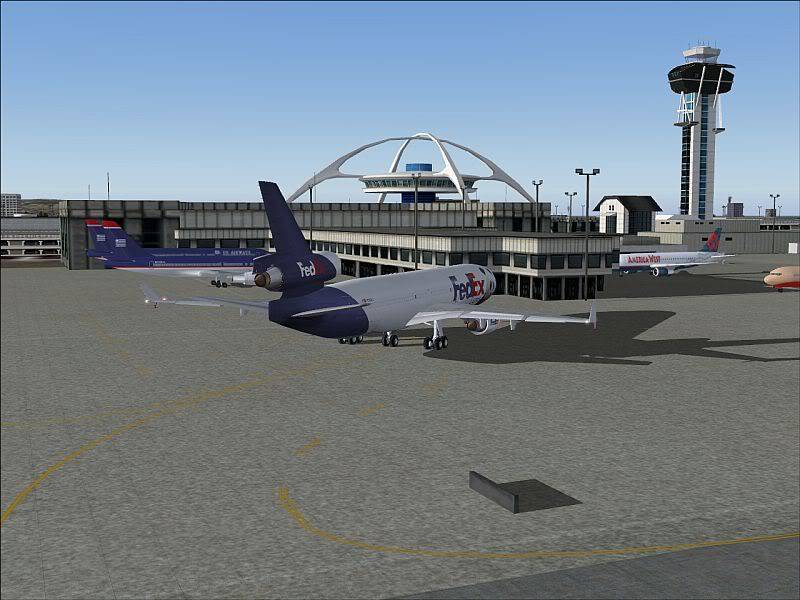 I love the contrails coming from the wingtips

Beauty, WM. Ditto on the contrails.
Denver-LA is always a blast.

Great selection of Aircraft and flightplan! Thanks for sharing!

Excellent, but I have one remark. You parked a cargo aircraft on the passanger terminal, but in the other hand that's the only way could park the aircraft. Anyway, awesome!!

Excellent, but I have one remark. You parked a cargo aircraft on the passanger terminal, but in the other hand that's the only way could park the aircraft. Anyway, awesome!!

thats actually the cargo terminal, and all the passenger aircraft are parked in the wrong terminal

Thanks for the comments guy's