A weird thing is going on with my add-on choppers. Whenever I select one to fly and FS9 loads it up it always starts out with the engines shut down. No problem. This is what I have all my aircraft doing. I like to start them up manually. But here's where it gets weird.

I have no problems starting up fixed-wing aircraft or the default helicopters. If the starting controls aren't part of the cockpit or VC then the standard CTRL+E works no problem. But with my add-on helicopters CTRL+E doesn't do anything. It doesn't activate the start sequence at all even after FS9 has prompted me to start the engines using CTRL+E via the "flying tips" window. Worse yet when I load up an airplane, start it up, then switch aircraft to a heli (to get around this problem), most of the time the selected helicopter either loads up with the engines already shut down or it shuts them down as soon as the heli boots up and I'm left sitting there back at square one.

Has anyone else experienced this problem with add-on helicopters, more specifically the Blackhawk series??

I don't fly the copters much (read at all) they don't like me.
You set it up for the aircraft to start themselves now the copters are giving you problems. Your "fix" is working too well, can it be undone.
How about deleting your last flight (it's in "My Computer" folder).
See if that helps. 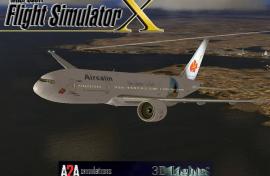