Hey, I am currently running a Emachines, it has a 250gig hard drive, 2.2GHz, and a NVIDIA Gforce 6100 GPU with available PCI-express slot graphics.

I can not set all the graphics to ULTRA HIGH, if I do, it gets really clitchy.

I really want to use FSX to its fullest. I'm not sure if I could do anything (like change something in the graphic settings) or something.

But if anyone could help me out, it would be great.

No one can set the sliders to Ultra high with good performance. People with much faster computers than yours are complaining also. FSX was created for future computers using Vista and DX10 video cards. Nothing short of a $6000-$8000 setup is going to run well with everything at maximum. You'll have to run it at medium or whatever setting gives you satisfactory performance. Many people are complaining about FSX. It should run better when you install Vista and if you get a DX10 capable video card(only one is out now and it's probably $500).

It really isn't who has the biggest, baddest, fastest computer when it comes to FSX...it's really how you use it.

Now will a $900 dollar computer run as good as a $6,800 dollar ALX from Alienware?...no, and I wouldn't try and insult your intelligence by implying, or even saying that it could.

What I can say, is if you have a pretty good (or even average) computer, with a little time and a little money (actually the time is usually more important than the money), you can slowly but steadily bring your computer to be able to handle FSX at a much higher scale, than some rich kid that goes out and buys the most expensive system, thinking that all that cash that he (or his parents) just laid out will be able to tear through FSX with power to burn...is heading for a major meltdown.

Skim through some of the posts here and you will find tons of people that just spent thou$and$ of dollar$ and about to have a coronary because they just installed FSX on their new "beast" and FSX just made it look like shaved & scalded kittie cat. Instead of reading and working through some of the articles and posts here, they are now on the phone screaming at whoever put together and/or sold them that brand new "beast". 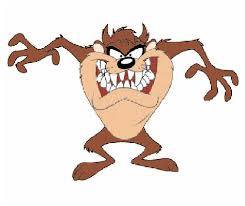 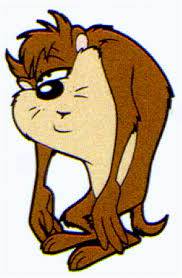 Anyway, most of them think they can fix their problem by just throwing more money at it, when a little time (and effort) is all that is needed.

Basically, what I'm saying is that with a little time & "tweaking" you can take an average system, that in many cases will perform better than an expensive "beast" that hasn't been properly set up (I've been working on mine for the last couple of months, and I am still making small tweaks here & there). And yes, if you actually "tweaked" the beast it would become the "ultimate beast". 🙄

The point is that many people don't even bother to try set and tweak it, as think their computer is supposed to be the baddest thing on the block right out of the box. I'm not kidding I have seen and read stories of people flying into a rage, because their new super computer FPS dropped bellow 15 while running FSX. 🙄

I still have my pilot's license (commercial) with both Instrument and multi-engine ratings. For various reasons (some medical), I haven't been able to use it in a long time 😞 . But I have and used various flight simulator software (I actually preferred Fly! & Fly!II over MS FS until now), to help keep my instrument proficiency from completely "rusting" away. But since most of them were IFR flights, scenery wasn't exactly a priority to begin with.

And while I still don't believe that sim flights (even the full motion ones at Flight Safety) can fully take the place of a real flight. I actually have really enjoyed Flight Simulator X for it's graphics and realism (when I say realism I mean from a pilot's point of view).

The only thing I didn't think I would like were the new "missions", as I thought they were somewhat silly, as my view of a "mission" would revolve around unannounced and ever changing failures (the kind my instructors would throw at me almost each and every flight ).

Anyway, it really boggles my mind, anytime I read a post about someone who is upset with color of the stairs on a loading ramp (as that is something I not only don't care about...that's something I don't even think I could have even thought of, if I was a programmer).

But you know what?...it's the type of people that do care about such things, that make it possible for me (and people like me) to enjoy the things I want in a simulator, simply because they bought it.

Those missions really help bring in new people into aviation and because they care about the color here, and the texture there and because that is something that interests them, they buy it, and without people like THEM, there are enough of people like ME to even have this type something like this. 🙂

I remember when I was in flight school, that if you had to spend time in the computer sim room it was considered to be a punishment (maybe "punishment" isn't quite the correct word, as it wasn't something you were in trouble for, but instead usually meant the you were falling behind compared to your peers 😕 ). Either way it wasn't something you wanted to do (as real world tutoring time in an actual plane was not only embarrsing...it was EXPENSIVE 😳 ).

But back to the original topic...

Basically, before you go out and spend a lot of money, it would behoove you to instead spend some time here reading some of the tweaks and advice here (and other sites) first. As well as asking as many questions as you can think of.

so even still want to go out, and blow a big wad of cash, that you can at least narrow down and focus your purchase(s) on areas that will help you the most. 🙂

For me, simply overclocking my Nvidia GeForce (7950 GT) produced some incredible results....

Between that and a few very helpful tweaks I found here (flyawaysimulation.com), the only place I still really need to work on, is my CPU. Most of my visuals (graphics) I think look okay (at least to me they do ), now if I can only get my CPU to load FSX a little faster...I will be in FS heaven.

Wow...I really hadn't planned to write all of that when I started out to make a few suggestions on this topic...oh well.

Hey Guest, Your onboard 6100 gpu is the fastest onboard available. It is not very good though... If you use your PCI16 slot you will not only have better graphic performance, but gain memory back that the 6100 is sharing on your PC. I am not sure if you are in the states, but if you are and want to upgrade your graphics. Here is a $300 video card for only $129!!! I bought 2 of them to run in SLi mode and very happy. They are recertified, meaning they went back to evga for service. They will come to you like brand new. They have a warranty and this company I can assure you can buy with confidence and great customer support.

*I am in no way affilated with this company. A simple recommendation

This card has 256mb-memory interface and 20 pipelines!!! This would be a huge increase in graphic's versus your onboard 6100. Read the reviews!

Hey, I am currently running a Emachines, it has a 250gig hard drive, 2.2GHz, and a NVIDIA Gforce 6100 GPU with available PCI-express slot graphics.

I can not set all the graphics to ULTRA HIGH, if I do, it gets really clitchy.

I really want to use FSX to its fullest. I'm not sure if I could do anything (like change something in the graphic settings) or something.

But if anyone could help me out, it would be great.

I am running FSX great on a $550 computer. All my settings are at high or medium high which is good enough.