Give me your thoughts....

I have been playing flight simulator for about 4 years now. My favorite planes to fly in FS9 are an Airbus 320 and a Boeing 737-800 with winglets of course.

My skills are fairly descent...I always fly the last 20 miles or so of each flight completely manually and 9 out of 10 times times can put these planes down on the center line..although when I look at instant replay in spot view these landings are not always a thing of beauty. There are those final approaches when I having passengers going to the bathroom in thier pants and throwing up...and I crash sometimes....

Sometimes there are those times when I want to take the 172 or the Mooney out for a spin...this is where it gets ugly

I can't control these planes..exspecially the Mooney. Once it's time rotate on take off I'm lucky to still be on the runway and once I'm climbing the stall horns is always going off...you get the point, it's just plain ugly.

Why can I control a heavy jet, but have so much trouble with such a basic plane like the 172....has anyone else experienced this or have any thoughts?

I thought the same thing about the Mooney and also the Beechcraft 350 King Air - - untill I discovered the joys of setting the trim before you take off.

Now I have written notes on all my favourite aircraft, logging all the information that I need such as T.O. trim settings and fpm rates for ascents and descents and fuel consumption - also charting IAS:TAS ratios for given height/temp/press and all that. I love the calculation and figures side of aviation.

I experience the same thing.

Very strange I think it is to do with the lack of anything other than an Altitude hold on the autopilot.

IMHO it takes more skill to pilot one of the lil suckers than a big sucker...

I regularly switch it up. I do my steeler air flights, then on weekends I will either do my Cessna 182 flights and/or my Tomcat... that is the beauty of flying, just like real life you have to keep current in each aircraft you fly, or else you look like a monkey behind the yoke.

smaller aircraft are much more fun!

You need to be lighter on the controls - no yanking - fingertips! The use of trim is very necessary and of course in realism settings you'll want everything full and your joystick very sensitive to really get full control.

Add a bit of weather and you have a real handful, it's much more fun bringing a light aircraft in when the weather's rough than in a bus! 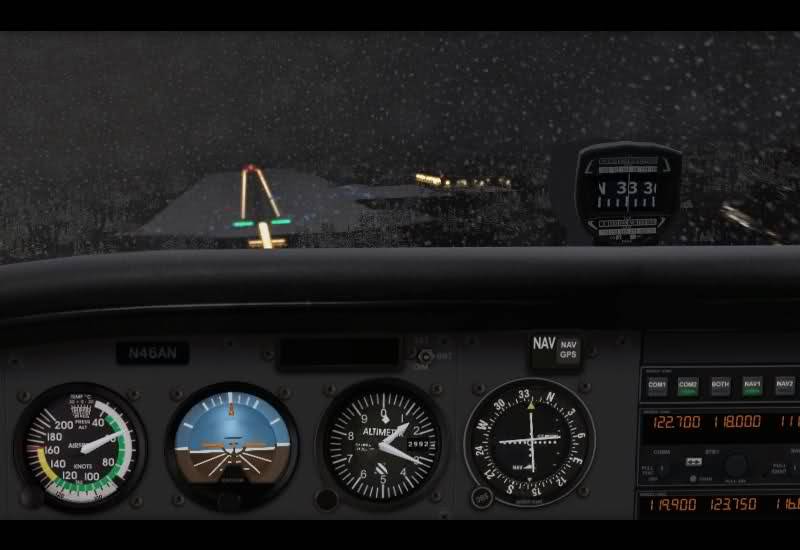 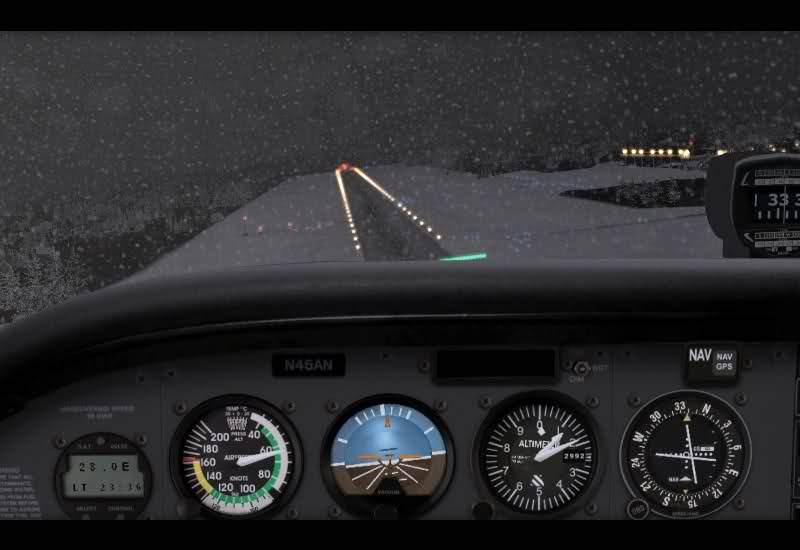 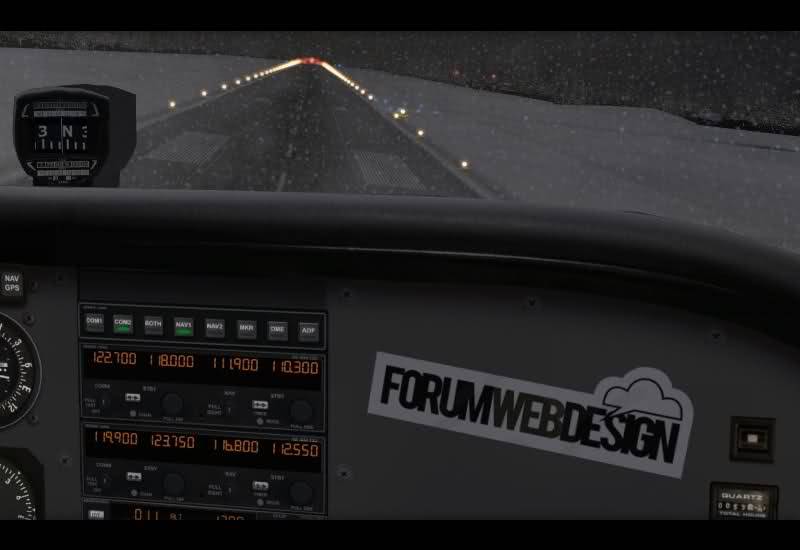 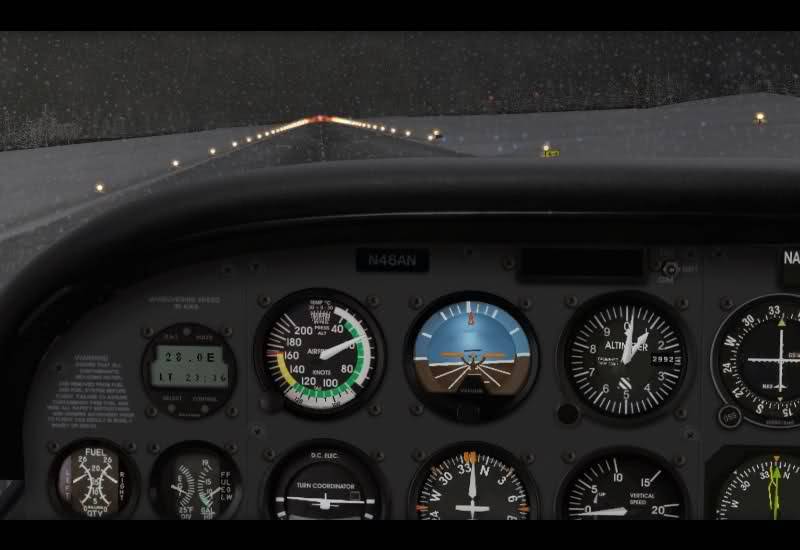 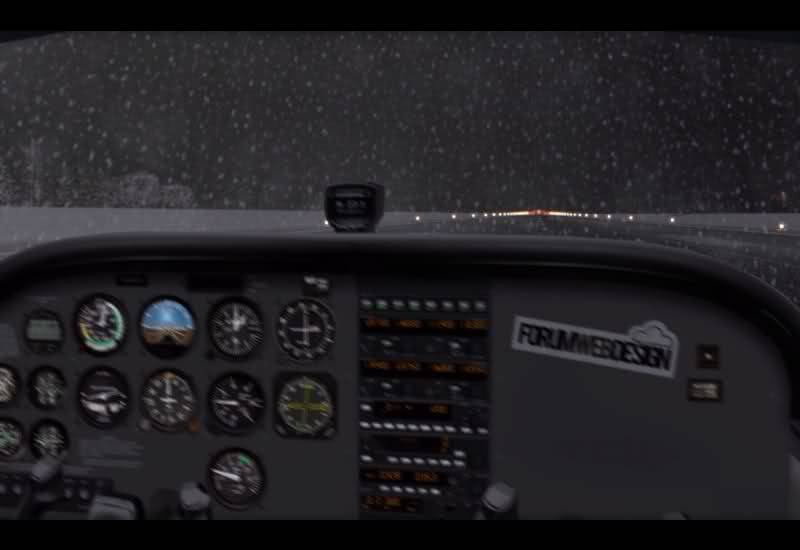 No offense but Hinch = glutton for punishment lol.

If you land in that regularly you have my respect!

I agree with Hinch, light planes are more challanging than the airliners but I'm not that much into them. I love helicopters but don't have the right joystick for them.

Well Landing a C172 in a blizzard is much easier than an aerobatics routine in my favourite aircraft, the Christen Eagle II from LIC. It's an exceptionally sensitive and precise aircraft, it 'grips' the air so well and has a full roll rate of 0.5 seconds or something, no flaps, it's a tail dragger and you sit in the back so you can't see anything on finals.

Well Landing a C172 in a blizzard is much easier than an aerobatics routine in my favourite aircraft, the Christen Eagle II from LIC. It's an exceptionally sensitive and precise aircraft, it 'grips' the air so well and has a full roll rate of 0.5 seconds or something, no flaps, it's a tail dragger and you sit in the back so you can't see anything on finals.

the eagle is an awesome plane, more people need to be flyin it!
besides, there are (no kiddin) about 2 dozen repaints available for it!
so many kids come around wanting to have a stunt team and they ignore the eagle. after 2 weeks they give up because it's "too hard"
if they used the right plane we'd see alot more videos, i think.
i just wish i could figure out how to put in an a/p and a gps

I prefer the smaller planes. Whenever I fly something with a sophisticated auto pilot I get lazy. I take off, climb, set the a/p and do nothing much until its time to land, very boring. I have decicded recently to fly a lot more singles or light twins, and not to use the gps more than is absoloutely neccesary. This is much more enjoyable becuase I am kept busy.

. But i do agree with mossy, i tend to get lazy and it gets boring 🙄. But i done LHR-HKG-SYD no time compression 😂

GA = crank up the scenery. If you get yourself some good scenery and a plane that trims well you can spend hours just cruising about.

The Christen Eagle II does take time, but it's worth it. It's such a beautiful model (still my favourite FS aircraft despite all my payware) and it feels so great to fly, so controllable. Then there's the POWER! Oooh I could talk about it all day 😀

For anyone scared of landing it it's not too hard as long as you lower the prop RPM and don't have a front passenger. If you do then a) slip or b) late late final. I think it's like riding a bike - you'll never forget. 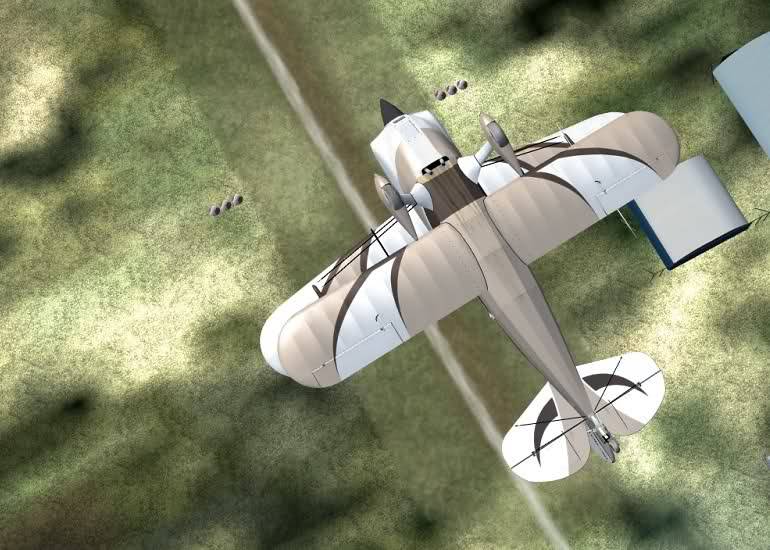 VERY HARD TO HANDLE ON GROUND!