I still can't get the hang of downloading new aircraft. I have followed the instrucitons and pasted the following into the SimObject > airplanes >A3-D HA file the following:

But the file still doesnt load into the simulation. Whats wrong?

How to install aircraft in FSX.

It didn't help that much. I notice that some of the files related to other aircraft (that load sucessfully) are missing in the skywarrior download. I need help, or must come to the conclusion that membership and downloads are not that useful to me.

What aircraft are you trying to download.
Give us the link or the full file name (zip) so we can try it first.

This is not made for FSX.

Try one that's made for FSX not an old style one.

You were right. Downloading an FSX compatable file worked, once I figured out the decompress, cut, and copy sequence. Thanks.

Its a shame about not having an FSX file for the A3D-1 or A3D-2 bombers. I belong to a club of a couple of hundred os former A3 crewmembers (Google Skywarrior) which consists of pilots, bombadeeers, gunners, plane captains, and support staff. Im sure that they would purchase FSX anddownload if the opportunity existed. Never the less, Ill tell them about your site and the Microsoft program. Perhaps in the future....

Thanks for the web address. The sim downloaded sucessfully (almost). The cockpit layout doesnt quite make it but everything else did. Unfortunately the B-66 Destroyer (featured in the movie Bat21) is the weaker sister of the A3D. Beimg X-Navy, I do have some bias.

The aircraft had a history almost as august as the B52 as it went into production in the early fifties and wasn't retired from active service until after the gulf war. In fact, some models are still being flown by raytheon in Van Nuys.

Interesting but at least you have something until someone builds what you are looking for. 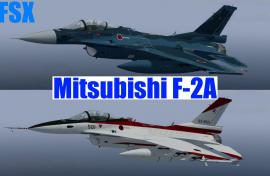