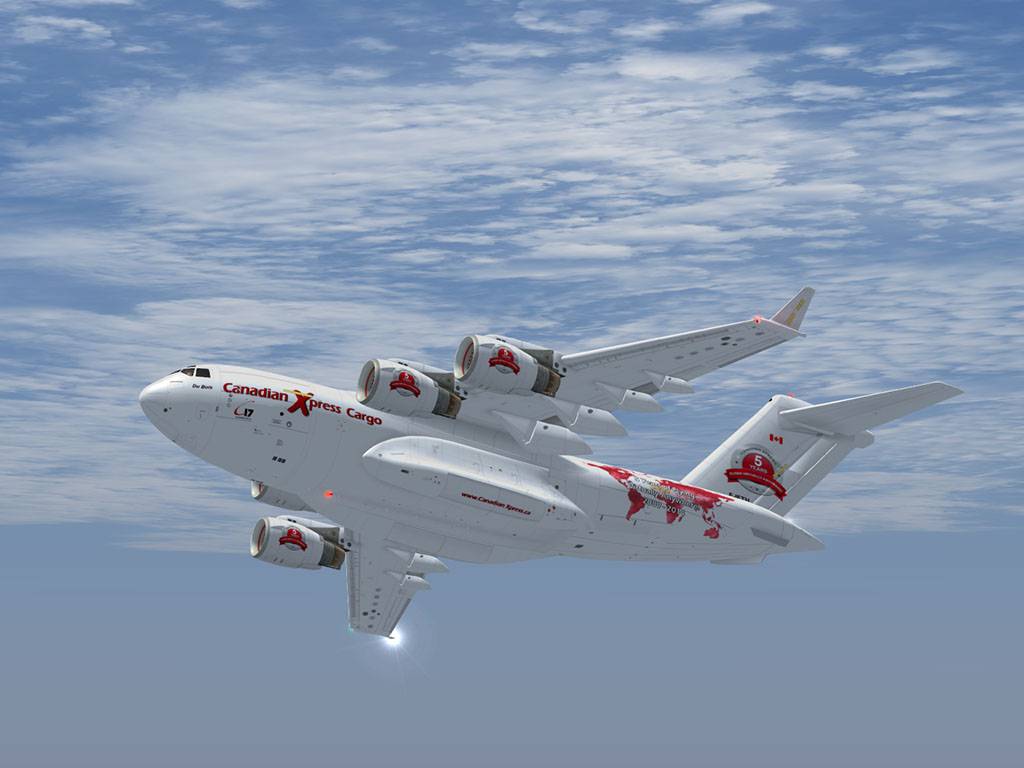 September 4th, 2014 marks our five year anniversary. To celebrate this milestone, Canadian Xpress® is pleased to announce the addition of the Boeing C-17 Globemaster III in our fifth anniversary livery to our fleet, which brings our total fleet size to 53 aircraft.

The Boeing C-17 Globemaster III is a large military transport aircraft. It was developed for the United States Air Force (USAF) from the 1980s to the early 1990s by McDonnell Douglas which merged with Boeing in the 1990s and continues to manufacture C-17s to this day.

The Canadian Xpress® Boeing C-17 Globemaster III has been modified for civilian use and is primarily used for long haul cargo routes.

Shockwave light retrofits, display pictures and the SquawkBox & vPilot model sets have all been updated with the addition of the C17, so be sure to update them.

The Boeing C-17 Globemaster III is available to all pilots with a rank of Master ATP Captain or higher and can be downloaded by clicking the Special Liveries link via the Fleet menu on our web site.

For those of you that do not currently have the rank to fly the C17, don't worry as there will be plenty of opportunities to fly it in the near future.

*Canadian Xpress® accepts 50% of your VATSIM, IVAO or other virtual airline hours with no limits.