I was reading this site on becoming an airline pilot. Now im going to college to learn and get most of my flying things, and i will also obtain a diploma something with technology i believe.(since the program is called aviation technology(flight)). But on the site it said they need a bachelors degree of any kind. Is this true. do i really need a bachelors degree in order to be hired by an airline?

We have a few pilots on this site that can fill you in, meanwhile read this.

I fly in the UK so I could be wrong but I am 99.9% sure you do not need a batchelors to become a pilot! You may need one to do the course you wrote about as it is a college course. To do flight training on the other hand.....difficult but not rocket science, you need a pretty good understanding of maths, physics and English.

when i was at the flightsim convention in blackpool someone from a college gave a talk on how to become a airline pilot. he said since 9/11 the airline companies have stopped giving sponsorship to would be pilots as the need for new pilots has almost come to a standstill since airlines are cutting back.as a result would be pilots have to pay everything themselves, the medical alone is about £500, all in all total is about £65,000 after all your training you may still be unable to get a job flying for a commercial airline in the uk,but who knows maybe a couple of years down the road things might start to change.
hope this doesnt put you off

In my opinion, and it is just an "Opionion" its cheaper to fly from home at your desk, ive been doing it for 20 years and although the money isnt great ive been to some great places and met some great flight buddies

Jimimac- I would imagine the figure of 60K+ was for going to Oxford Air Training School, having self sponsored it cost me only 35K! (a few years ago) There are a few companies offering a sponsored route again now as growth is still at an all time high, other side of the coin however is more people training than positions available but the ratio is coming down.

I was thinking of going to Florida after my A levels to learn to fly and then come back and go to university, to do what, I am not sure 😞 . I am a bit confused though. Once you do all of your training over there with the JAA, it means it is applicable to the UK, do you then have to do a conversion exam back in the UK? Thanks

Here is the deal. You do not need a college degree in order to be legally hired by an airline of any kind in America (With an FAA license). BUT!!!! The airlines consider having a degree a necessary item for the purpose of professionalism. Meaning that you have a 95 percent chance of being hired over that of an applicant without a 4 year degree. 😳

My suggestion is to contact a few airlines in the US. Recruitment departments and ask what the feeling is, you will then know what is required rather than what you think you need.

Jo- First thing if you want to fly commercially is to get a class 1 medical at Gatwick...unfortunately 500GBP! No point in doing the training to then find you are unable to get a medical. If you go to the US do your PPL and some hour building at a JAA approved school. You must then return to the UK to do the ATPL exams. If then you want to return to the US to do the CPL/IR this is an option, cheaper but I would consider doing it in the UK as airspace, RT and procedures differ slightly...as does the weather! This is in a nutshell info suggest contacting schools to see what the latest regs are.

A high school diploma does not carry the same weight as a college or university degree. 🙂

A high school diploma does not carry the same weight as a college or university degree. 🙂

I know, i was saying that i wil have a college diploma, but not a degree. but i suppose i could try contacting some airlines.

I have worked for Delta and American Airlines (non-pilot) and can tell you that these avaitors are plenty smart. The prospect of attending university would nary deflect the ambitions of any future pilot. One fellow from Delta who was a young man and in the left seat told me that he got his training in the US Navy flying F-18 Super Hornets at China Lake and that he had flown missions in Iraq. -Upshot of all this is a hint that after college the US or UK military is a good way to get where you want to go. UK and US have the best in the world. 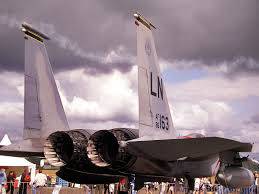 Ok, but no one has really answered. Do airlines look at a diploma for aviation the same extent as a bachelors degree.

Hmm infact does anyone know an email address for Air Canada. I went on their site and didnt really find anything. Any help would be great, or maybe an email to another major airline like Cathay, etc. etc.,

Well said Sonicninja ! I liked that.

I haven't fully read all the posts so apologies - in the UK you do not need a degree to be an Airline pilot..... The Universities are just one channel that Airlines use to source pilots.... I would guess that in the UK, the pilots with degrees are in the minority, mainly being the younger people with less flying hours who are newer to the game.

Found something really interesting. on the site, thanks to RadarMan

Pilot applications far exceed job vacancies, so preference is given to candidates with qualifications beyond the basic requirements. Examples of desirable additional qualifications include, but are not limited to:

So that answers my question i suppose:
I will have the following:

But the point is thanks a lot everyone. this forum is great