To be honnest I think microsoft needs to stand by there actions and words. I am a pilot for SWA I understand even the best companies out there couldnt make it as real as they seem.. Because they dont spend enough time... Everything has a time limit on it and hey its Microsoft. I think they need to add some good wing views including the engines from the Flight deck. AS it would be in a real 737 and etc. They need to make more active switches and when it comes to other traffic. Instead of just hearing a grrrrrrrrr it would be nice to hear them start up the engines and not have them moving like robots. Including for example your waiting for clearence watching another plane coming in on final, and hearing that big roar when they turn on the reverse thrusters after landing. Also when it comes to muti player, can other people atleast see your aircraft instead of watching a cessna going 460 GS on the GPS? I mean thats just cheap that you have to download the same exact aircraft to see the actual aircraft they are flying, including not seeing lights from other traffic on mtui player. 2004 Flight sim was simple microsoft has 2 years to recover to be honnest Im not gonna get too excited because 1 microsoft isnt gonna waste there time reading forums people they got better things to do. 2. Nomatter what.......... There is always gonna be something thats not right or a disappointment or a how can they forget that.... I am looking forward to it but there is no such thing as a perfect Flight sim. Im hoping for the best. 😀

The more "real" and sophisticated FS becomes the more simmers will have to get the top (and expensive) gear to use and enjoy what it can offer??? Microsoft may find that the take up of FS2006 is not as fast as they would wish.

its october now, i dont think there will be 2006, instead, they will release in 2007 for FS2008. I am not too eager to see the new version coz i have invested quite a fortunate on harware/software, i want to use it as long as possible. new version of FS means more money to invest on the new hardware/software

These harcore hobby simmers and real live VA pilots will get ramped up with all the gear they need and want. -Big jets or small tail draggers all in the same manner I have little doubt about it. -OG. 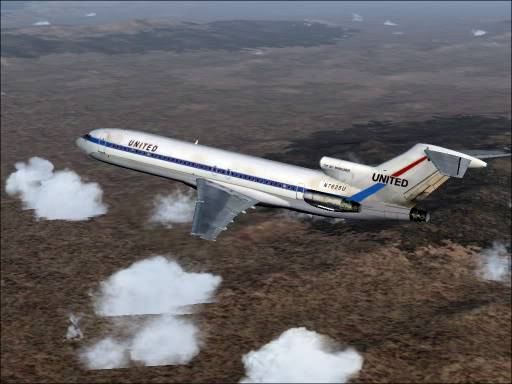