I've played the original lock on with no problems whatsoever. Well, I pay for the flaming cliffs add on and now the throttle doesn't work right. I set it in the set up menu and whatnot, even did the "test" and the sliders slide up and down together beautifully and in perfect unison. But in the F-15 I go to full afterburner and the engines will get there but stay there for about 2 seconds before the right one goes down to 70 percent power and the left engine stays at about 90 percent. It doesn't matter how I rig up the throttles, either both on one slider or one engine on each, I get the same result.

I just looked down in the cockpit at the throttle levers and they bounce all over the place!!! What can be causing this?? They will move in the general direction they are supposed to, but never be equal and then jump from almost full power to idle instantly causing the jet to veer hard in one direction or the other. I can assign them to just one lever and they'll go to full throttle for a few seconds and by themselves the left engine jumps back to half throttle, right engine comes back to idle.

Can anyone please help?

For control, I can use either the Microsoft sidewinder joystick or the CH flight yoke and rudder pedals. It doesn't really matter what I use, it does the same thing.

Also, I went to use the A-10 and the panel is gone, all I see is the gun. I'm literally a flying gun. Any help with this issue to?

you are better than me

My throttle has NO CONTROL at all in LOMAC!!!!!!!! And my mixture control has turned into rudder 😳 !

I posted my probelm here and they just don't reply i think!

And whats worse is that it 50 to 60% of the time, the game just exits when loading

! And my SPACEBAR doesn't work so that I can't even shoot the enemy!

Yes, my mixture is my rudder but I got rid of that problem. The throttle is messed up. It doesn't matter if I use my flight yoke, my joystick or my keyboard for throttle. It doesn't matter. The problem persists.

maybe try pressing j? that may keep your speed at the same speed, it's autothrottle i think! 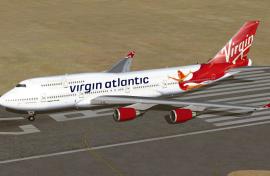