When I visted Ardmore Airport (NZAR) yesterday, I was surprised to see that the most the aircraft operating that day were Cessna Taildraggers!!! I took a photo of one and thought I'd post it here so someone smart could idenitfy it and tell me where I could download one! 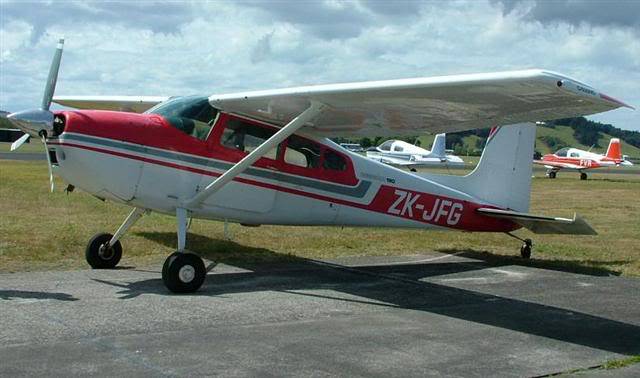 It looks fairly new, the paint's still shiney and everything but I noticed that its far more noiser than any of the other light props taking off...

Here is a classic.
http://library.avsim.net/search.php?SearchTerm=cessna_aw.zip&CatID=root&Go=Search