Is there an ADF, and if so how do you plug the frequency in and how do you see it on the PFD, and identify it(you can't selsct the ADF radio selector, does this mean no ADF) O, don't tell me to plug it into the GPS

P.S. Not related to this, but what is a DME, i know distance measuring equipment, but then what is a say a VOR to DME approach, and why is there audio selector for DME(where is a frequency pluged in) ❓ ❓

P.S. Not related to this, but what is a DME, i know distance measuring equipment, but then what is a say a VOR to DME approach, and why is there audio selector for DME(where is a frequency pluged in) ❓ ❓

Can't help with the G1000 question(no FSX). I looked at the real manuals and I don't think there's a ADF receiver.

It's a VOR/DME approach. It's a instrument approach procedure designed to allow the pilot to position the aircraft to a point from which you can see the runway environment and land visually. Most will get you to about 400-500 AGL and requires approximately 1-2 mile visibility. There are different types of VOR's. The VOR/DME in a normal VOR but has the added capability of DME. This gives a continuous distance read out during a instrument approach(or enroute navigation) and often allows lower minimums than just a VOR approach without DME. Missed approach point is determined by DME, on a VOR approach, missed approach point is determined by timing. DME is the more accurate of the two methods.

The DME freq. is paired to either a VOR or Localizer frequency, no need to tune it. It will automatically work if the radio aid you have tuned in has DME. This is true 99% of the time but there are exceptions. It is possible to have just a DME station or a DME co-located with a NDB station. In either case, the frequency of the DME station is entered into one of the NAV radios, normally number two, and will give only distance information without any course information. Very rare but some are out there.

The audio selector for the DME is for the same reason as the other navigation radios. The only way that you know that you are receiving the station that you think you are is to match the stations Morse code identifier tones to that on the map. That's the only function of the audio switches, you don't have to have them on for the nav radio to work.

thanks CRJcaptain, but what is (in the bubble for the VOR) the channel 110. And what does a DME station on the map(real or flight sim) look like
thanks 😀

thanks CRJcaptain, but what is (in the bubble for the VOR) the channel 110. And what does a DME station on the map(real or flight sim) look like

The 110 is the TACAN frequency for military aircraft. There are different types of VOR's. VOR, VOR/DME, VORTAC and TACAN. A VOR co-located with a TACAN station is a VORTAC. That's what the station is on the approach chart above.

DME station on real map: Look under Radio aids to navigation . On a real chart, it would look like a TACAN station or a square around the NDB symbol( if co-located with NDB. 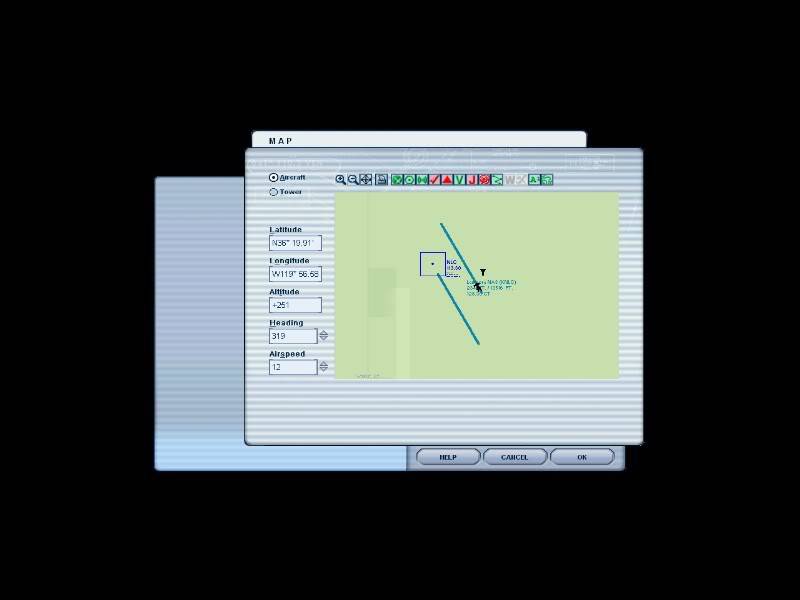