I was reading a thread in hifisim's forum (active sky x) which talks about how there seems to be no way to set up an overcast layer. Specifically, flying above an overcast layer where the ground is totally obscured. I guess it had never occurred to me before but yeah they are right. With or without ASX I can't get the sim to portray an overcast layer. No matter what you do you are always able to see the ground under you. (unless you set your visibility for like 1/4 mile or less but thats no the same thing) From messing around with it I think the problem seems to be that your visibility setting always overrides any obscure layer. So a mile visibility means you can even see a mile toward the ground even if it bumps up against a supposedly solid layer. I have my weather all maxed out on settings so I know it's not that. Anyone have luck making a real overcast layer? It makes setting up instrument scenarios difficult where you want to break out at minimums.

I can't either. The best you can do is turn a type of cloud's on 8/8 and turn the weather to ultra high.

This is my computer at 8/8 overcast. 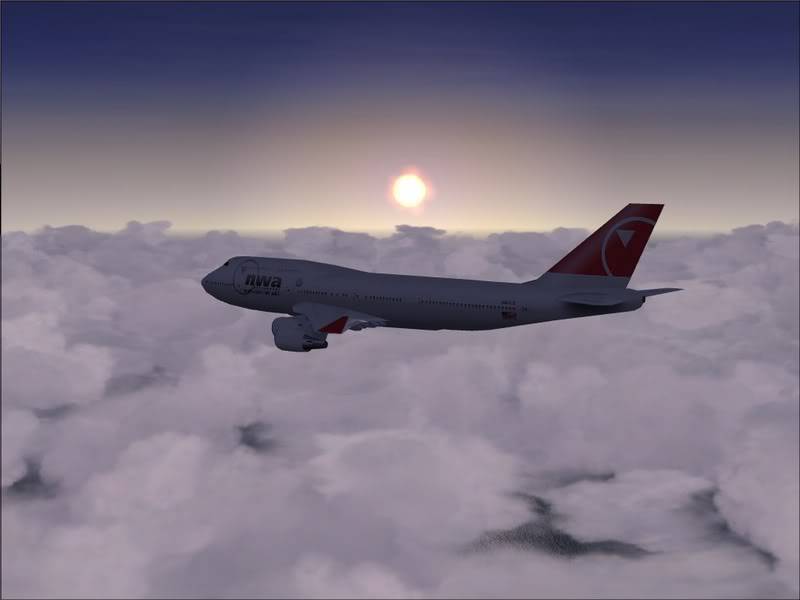 I don't have FSX but the same question came up in FS9. You can create an overcast layer and fly above it.

That should give you a overcast layer that you can fly over, under or even in.

I don't have FSX but the same question came up in FS9. You can create an overcast layer and fly above it.

That should give you a overcast layer that you can fly over, under or even in.

I understand what you are saying but that's the best you can do with the stock program. Maybe you can buy a third party weather program that will work better.

edr1073-Thanks, I guess I didn't solve his problem but I tried.