well i went and downloaded fd5 from abacus. and man am i disapointed. for payware this addon sucks. the graphics are horriable. when on the flight deck of a carrier your wheels are below the deck. yikes. over all i would say not to buy anything from abacus. its a rip off. the acceleration with aicarriers2 is a way much better set up then that crap. just wanted to say something before anyone else went and took the plunge

Oh my, I was expecting an expert review and what do I get?

I can't blame you though. My first ever Abacus purchase was FD2. It didn't work at all. They had fixes on their site which didn't fix anything. I spent many hours crawling all over the www to find a solution, to no avail. Everybody had the same problems with FD2 - it was never fixed.

FD4 was released... some friends thought it was good, no bugs and worked great apparently. Well, I couldn't resist, could I...?
I recall vividly when I loaded FD4 for the first time immediately after installation because I half expected something to overheat or explode on my desk. SURPRISE SURPRISE!! FD4 worked flawlessly - WOW. Next I tried 3rd party a/c - no problem.
I installed FSX and got the FSX Upgrade for FD4 - no problem. I uninstalled FSX, went back to fs9 full time and then Abacus released FD5 for both, fsx AND fs9... why?
Anyhow I installed FD5 in fs9 and frankly I can't tell the difference between FD4 and FD5 in fs9. Obviously there are more carriers and perhaps a couple of extra a/c but that alone doesn't justify a new version IMO.
From a different point of view, all the way through the fs9 era, kids who wanted to try their luck at shooting traps really had no alternative than getting FD4. Kids don't have the time to install all those extra gauges and effects manually and edit panel.cfgs; so in this light, FD4 filled a niche and thankfully it worked nicely.
Now to your own complaints, the graphics, I agree are below par, especially regarding the Abacus a/c. BTW, I never use those anymore because of their ugliness and I think the flight dynamics were tailor made to launch and recover and they're no fun to fly in a different environment. My opinion.
Now 'the wheels below the deck' is what caught my attention initially. This really throws up a whole lot of questions.
You may or may not know that the 'wheel issue' has to do with the [contact_points] in the aircraft.cfg. You got me curious, I figured if there is really a problem, then it's simply shoddy work by the Abacus guys in the first place or, which seems more and more likely after having read too many posts dealing with the overall confusion regarding SP1, SP2 and Acceleration, the Abacus guys simply lost the plot and left the building. They'll be back when they run out of pizza money.
Ok, I had to fire up the sim and see for myself, remember, I'm running FD5 in fs9.

I used the Abacus Flight: 'Hawaii Launch Day' for my little experiment. First I loaded the Abacus F-18 and saw that the nose wheel looked a bit flat, but nothing drastic. Then I loaded the Hawkeye and a couple of others whith pretty much the same result.
Next I loaded several 3rd party a/c, both free- and payware, not paying attention to the quality of the screenies but trying to show the wheels instead, have a look: 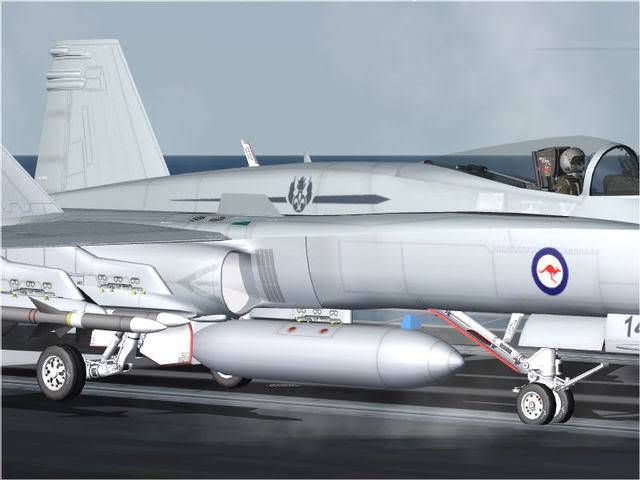 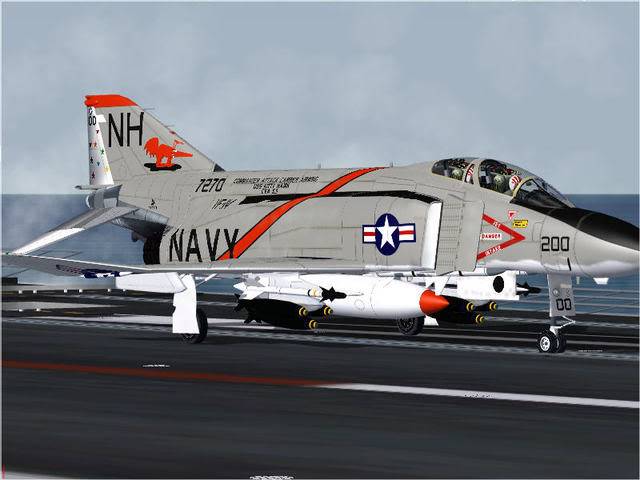 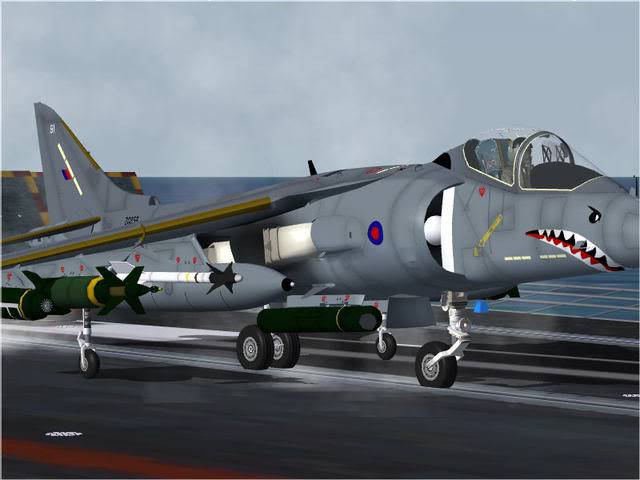 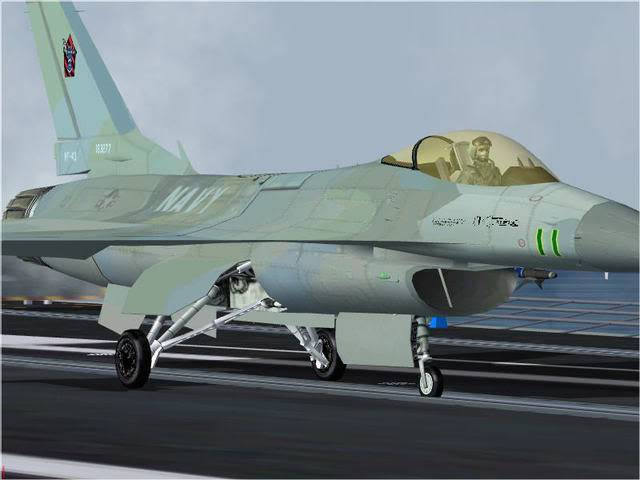 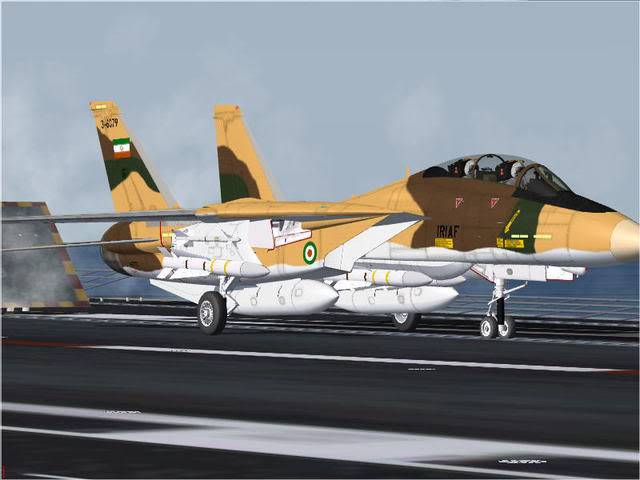 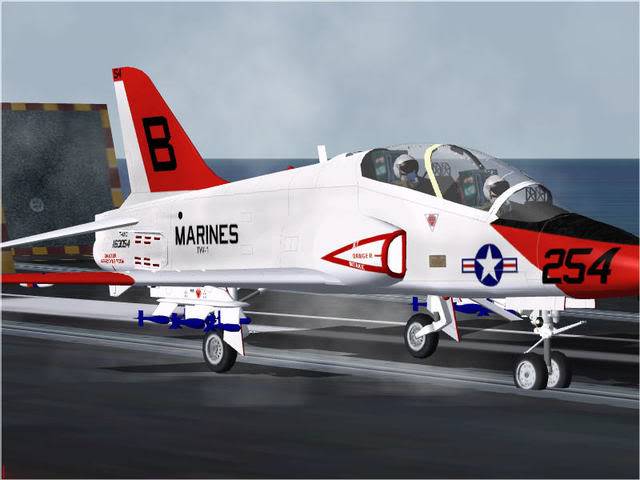 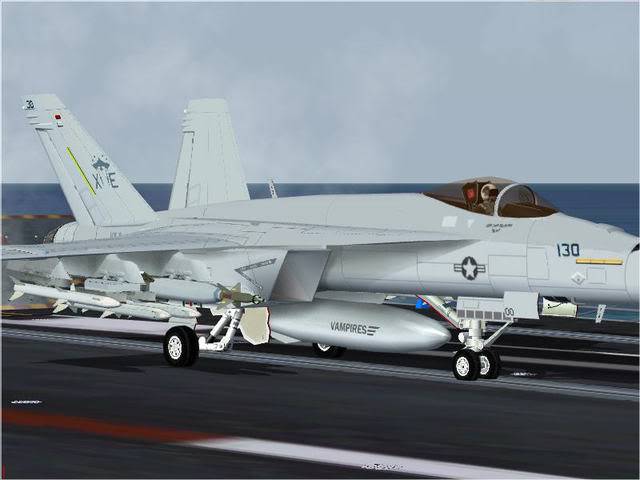 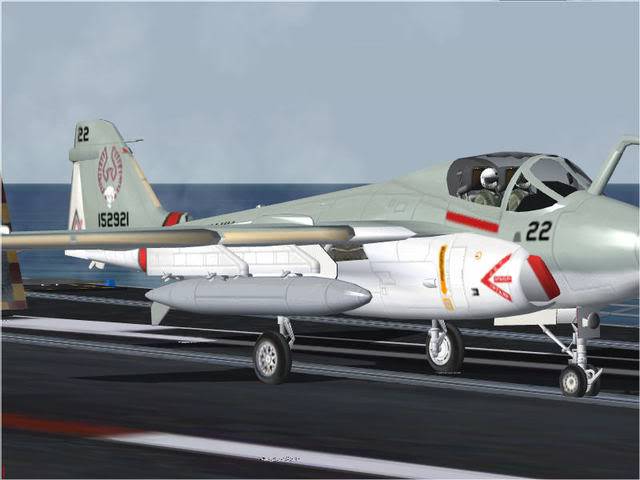 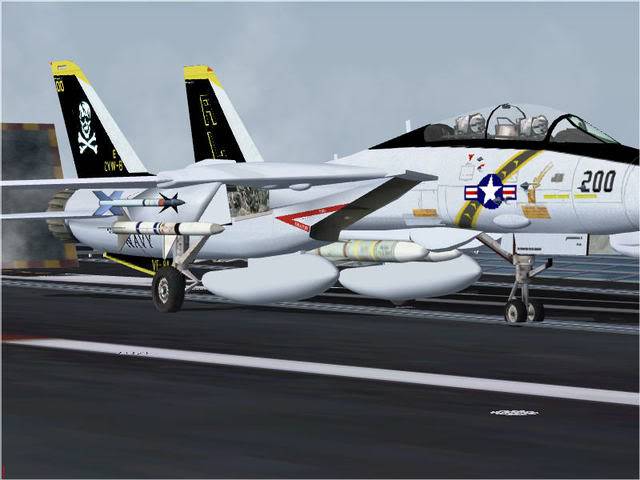 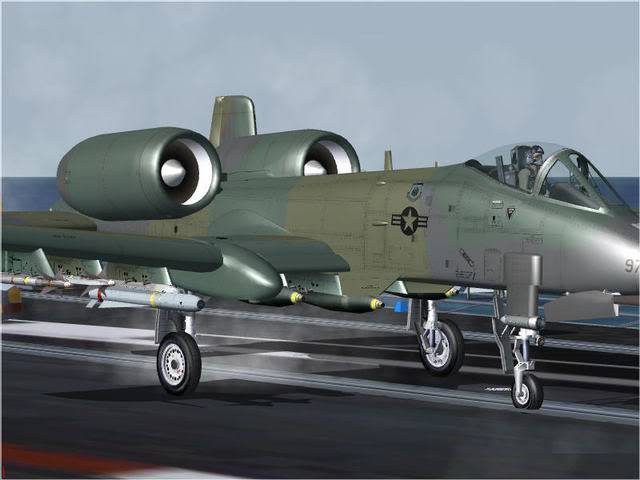 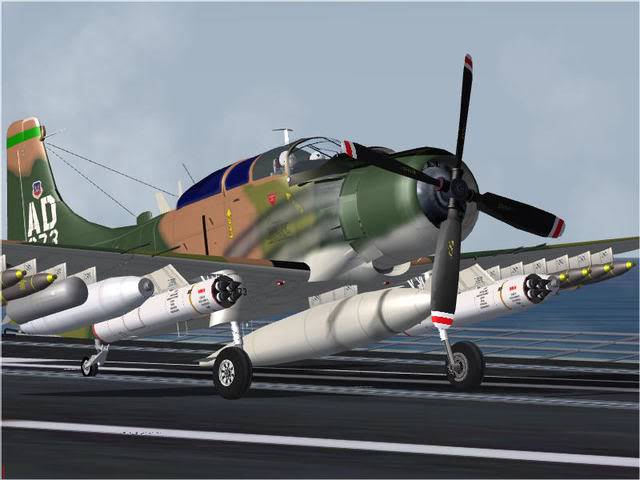 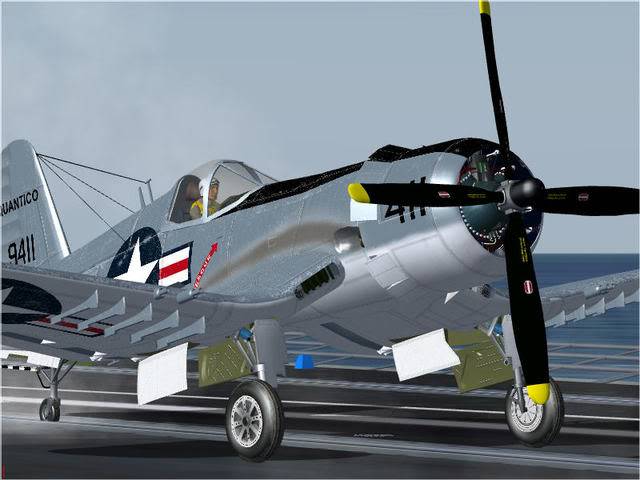 Maybe the Warthog's a bit out of its depth but it's got nice looking wheels. 😀

I'd appreciate if you or anyone else who has it could clear up for us 'not-yet-owners' whether aicarriers2 is actually included in Acceleration 'cause I've seen it as a freeware d/ld. Some screenies would be nice too, thanks.

AIRCARRIER2 is not included in acceleration.....those are some nice looking planes tailhook. Would love to get that Warhtog! Is that payware or freeware, and would you have the link to it?

um yeah i know aicarriers dosnt come with acceleration i ment to get acceleration and addon aicarriers....but tailhook thanks, your screenies look nothing like my addon. mine looks horriable compared to those. i will try and take a ss later today and post it back here....

Falcon remember that's an fs9 a/c, I'm not aware that they've updated it for FSX. Just google for: Aerosoft A-10 Warthog

Here's one of the links: http://www.simflight.com/modules.php?name=News&file=article&sid=5358

okay for some reason the settings was turned down when i opened a mission. was that was set higher then it looks like yours now.sorry i didnt have time to do a ss and upload it getting ready for my daughters b-day party.....

I also got Flight Deck 5 from Abacus. I was dissapointed with it for several reasons. One of the reasons I was turned off by it was how CORNY it is! Maybe I'm being a bit too nit-picky, but I've been in the military (a sergeant even! 😳 )...and we just don't talk like that!

The first tutorial, the landing on an A/C carrier mission: CORNY! All that silliness about "...remember your first girlfriend..." Whatever! Anyway, there are some nerds in the military so I can let that slide, but then when I started flying, I was greeted with some ridiculous guitar rock music--like I'm some Tom Cruise wannabe. 🙄

Sorry, but I was looking for more of a FLIGHT SIMULATOR than a silly kid's video game. Maybe I'm just too old for that now (but I wouldn't think so--I'm not even 40!). Honestly, when all that nonsense started, I instantly got an image of the guy(s) who made this game as some pale-skinned nerd, wannbe types who have NO IDEA what the military is really like. Sorry, I don't mean to be rude. It was just too silly for me. 🙄

Maybe I should give this pack another chance, but as it sits now, I can't recommend this addon to anyone.