Could someone tell me what the ACL is for, and why when I click on it fsx freezes up and closes back to desktop. Anyone else encounter this. ❓ 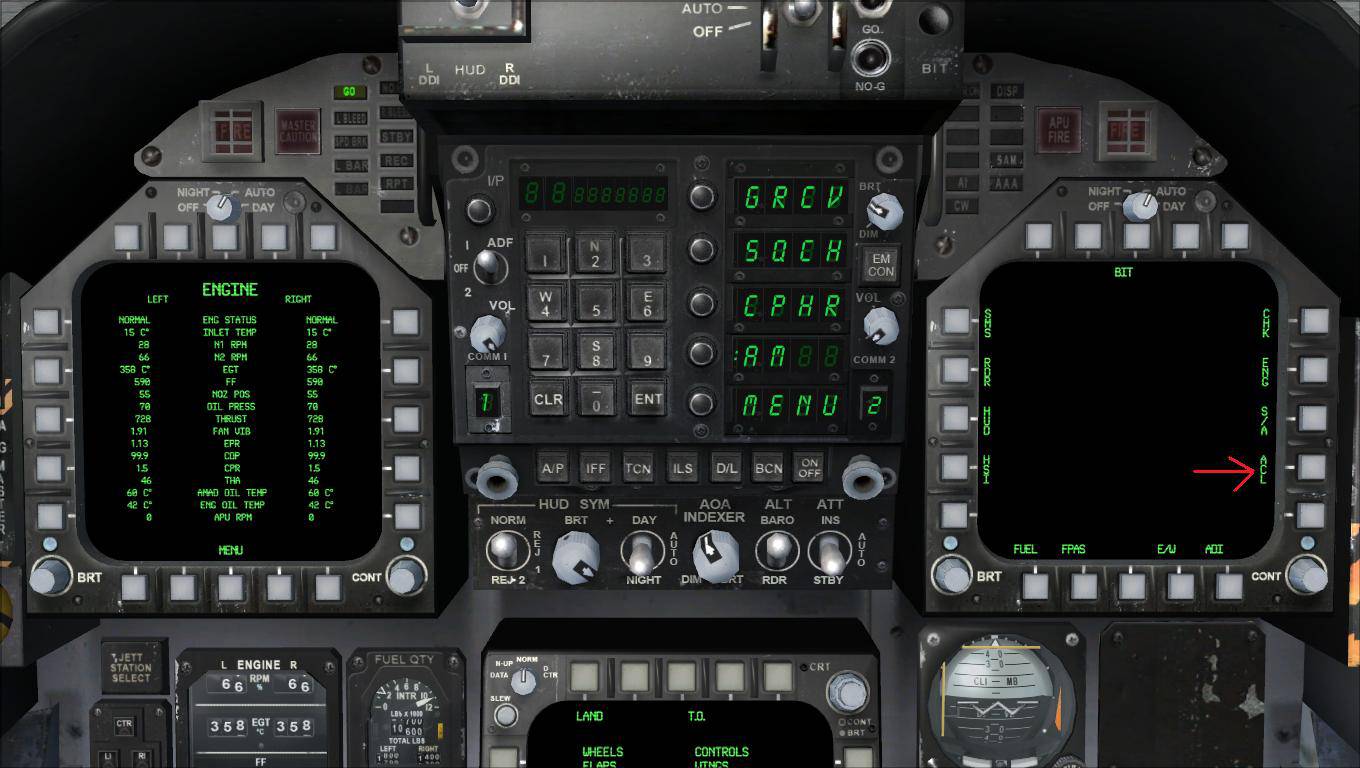 I get this screen...(one on the right.) it looks like a radar, but the contacts on the rwr page don't show up.

I did go through a loading screen (same one you get when starting a flight) when I clicked it. 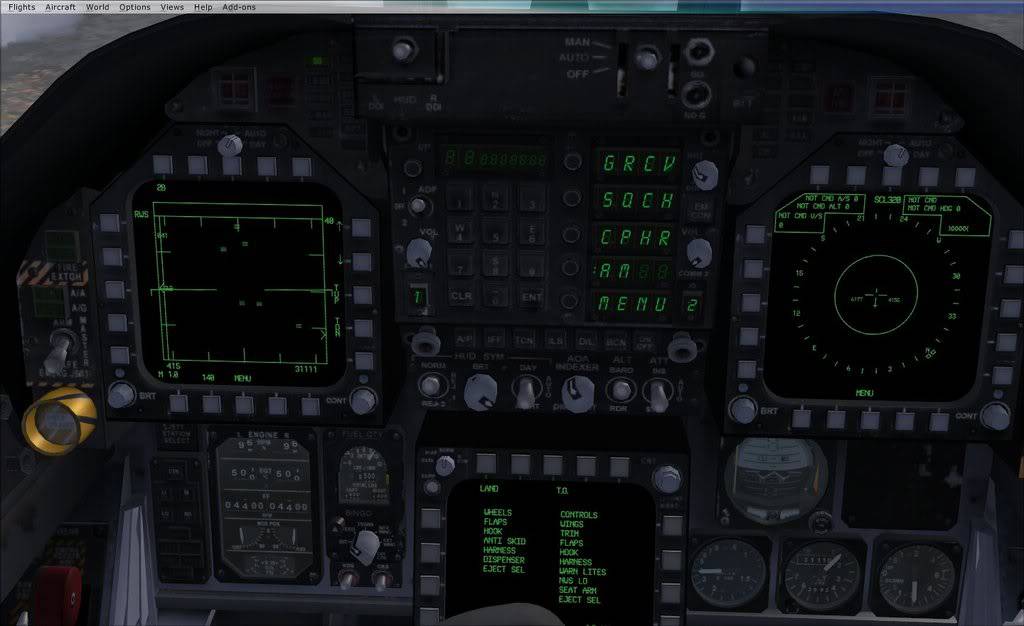 Well I wonder why it dosen't work for me. It will freeze up and close the program from all three panels.

ahh well, obviously it's not very important. I hate how many bugs there are in the default aircraft...

Hi, that button in real life would allow the hornet to be ushered back to a carrier in recovery flight ops, all the way to the wire, very useful in IMC circumstances.
FSX never had the programming for that, and it likely was not coded to be ignored, so if you press it, the sim is waiting for a process to happen, hence it freezes.