I am having extreme difficulty adding aircraft to FSX Steam, even payware from Captain Sim - freeware will not show up in the game, and I can't get any file path to show up in Captain Sims install wizard. I am using Windows 10. Thanks.

If it's in the right folders then make sure you have checked "show all variations" box when you get to the tab showing the individual aircraft.
Not all aircraft are listed by the name you think they should be.
I am saying this thinking that you have the FSX installed on the "C" drive.

I agree with the above post. You can open up the aircraft.cfg file included in the add-on aircraft's folder and find out how it will be organized into your list.

You can find those folders and files here: C:\Program Files (x86)\Steam\steamapps\common\FSX\SimObjects\Airplanes

Code:
[fltsim.1]
title=Boeing 737-800 Air Berlin
sim=Boeing737-800
model=
panel=
sound=
texture=Air Berlin
kb_checklists=Boeing737-800_check
kb_reference=Boeing737-800_ref
atc_id=
atc_airline=Air Berlin
atc_flight_number=
ui_manufacturer="Boeing"
ui_type="737-800"
ui_variation="Air Berlin"
ui_typerole="Commercial Airliner"
ui_createdby="Austin Melton"
description="One should hardly be surprised that the world's most prolific manufacturer of commercial aircraft is also the producer of the world's most popular jetliner. The 737 became the best-selling commercial jetliner worldwide when orders for it hit 1,831 in June 1987 (surpassing Boeing's own 727 as the previous champ). However, it wasn't always that way\s in the first few years of production, there were so few orders that Boeing considered canceling the program. They didn't, and the airplane has more than proven itself in over three decades of service."

This plane will be listed under Boeing 737-800 with the Air Berlin variation. In FSX:SE it will show up as Boeing 737-800 Air Berlin. You can also change ui_typerole="Commercial Airliner" and the ui_createdby="Microsoft Corporation" to organize your aircraft however you want too. 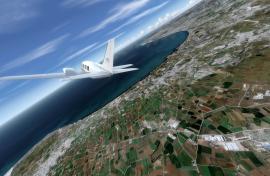