i was out watching planes at miami university airport (koxd), and there were 2 fairly large buisness jets parked there. one was a falcon, the other a citation. the falcon was firing the engines up as a arrived. after that left, i went and talked with the captain of the citation. i eventually learned that the plane was owned by netjets and the crew was waiting for the passengers to come. we talked for a while and the guy had already been to columbus, chicago, and atlanta by 1 pm. eventually the passengers came, in a limo onto the tarmac, and pulled right up tp the plane. passengers got on while the pilots stowed baggage. then the limo went and the plane was gone within 10 minutes. now i want you to get on to flihgt sim and go to koxd. tell me if this seems like the kind of airport where this would happen.

if it was someone important or famous, chances are they would want to fly from a quiet airfield (i am assuming from your statement its a small airfield)

it is sort of a larger small airport, check it out for yourself.

I would but i Don't currently have FS installed

I would but i Don't currently have FS installed 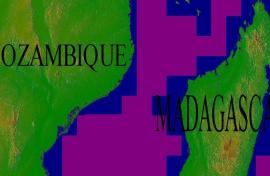