Bit of a stupid question. Why do planes take off and land into the wind. Surely if they did this with the wind behind them, they would need less thrust and therefore save fuel and engine ware??

True they would need less thrust, but when you fly an aircraft at speed, it is easier to manoeuvre because there is increased airflow over the control surfaces which make them more effective. The complete oppositve happening on the ground. If you move your aileron on the ground when your taxiing, it has no effect on the aircraft because there isn't enough airflow over them to render them effective.

The wind acts as increased speed, so landing in a head wind makes the control surfaces more effective so you can line up easily. Landing with a tail wind, you don't get this useful effect.

In very strong head winds in landing, you use less thrust because the high winds give you a lot of lift so you need very little thrust to glide.

Hope that explains it 😉

Great explanation Jon!
I always wondered why they turned an aircraft carrier into the wind when their aircraft were coming (home) into land.

I forgot to mention taking off. Taking off into a head wind provides extra lift which means you leave the runway quicker (better tyre economy as an added bonus) and also means its safer as you have a higher chance of stopping using RTO brakes if you encounter a problem below V1 😉

Believe it or not, I learnt a lot of what I have come to learn, from here in the past nearly 2 years 😉

Cool stuff. It was explained to me a bit like this:

Suppose you park your airplane so it's facing directly into a 20 knot headwind. Parking brake is applied, you're not moving relative to the ground. What will the airspeed indicator read? 20KIAS - the plane doesn't care how it's moving over the ground.

So, we have a rotation speed of (say) 150KIAS. But with our 20 knot headwind, 20 of those 150 knots are already dealt with. Hence less runway, and a greater margin of safety.

While we'll on the subject of 'stupid questions' can anyone clarify to me whether the B777-200LR will be able to go direct from LHR -> SYD. I know that it went from HKG -> LHR 'the long way round' but will it be able to make it with a full load of cargo and passengers. And also do you think carriers will operate such long range routes even if is possible. For me, i'd prefer an hour lay-over rather than 23 hours in a seat!!

While we'll on the subject of 'stupid questions' can anyone clarify to me whether the B777-200LR will be able to go direct from LHR -> SYD. I know that it went from HKG -> LHR 'the long way round' but will it be able to make it with a full load of cargo and passengers. And also do you think carriers will operate such long range routes even if is possible. For me, i'd prefer an hour lay-over rather than 23 hours in a seat!!

The answer is yes, no, maybe 😂

The plane can certainly cover the distance, as you know. Fully loaded? Not sure - I'll look it up.

As to whether the carriers would operate the route if it's possible - sure, if there's a market for it. In truth, I'm with you - I'd rather have a layover in Singapore or Bankok than spend 23 hours in one seat.

I did actually fly LHR-SYD via BKK about 10 years ago. I was lucky: most passengers in our 747-400 got off in Bangkok, and I was able to get three seats to myself. But I don't know how I would have coped without that layover. Gone mad, probably. Even as it was, by the time we reached our final destination (Melbourne) I was hearing voices in my head from tiredness 😂

I flew a 777-200LR from Heathrow to Darwin (north west Australia) and had around 25-30% fuel left. I'm sure it can be done, if you fly economically as possible. You should get to Sydney with about 10% fuel left, which is enough for 45 minutes reserve which you need.

Whether it will actually happen in the real world, depends on the airlines and the market research they have conducted. If they do a survey and find that absolutely nobody will go near an 18 hour flight with a barge pole, then they are unlikely to set up that route. Some airlines might take on that route and make more space in economy to attract customers, but then airlines aren't keen on giving you more space because it means they lose money 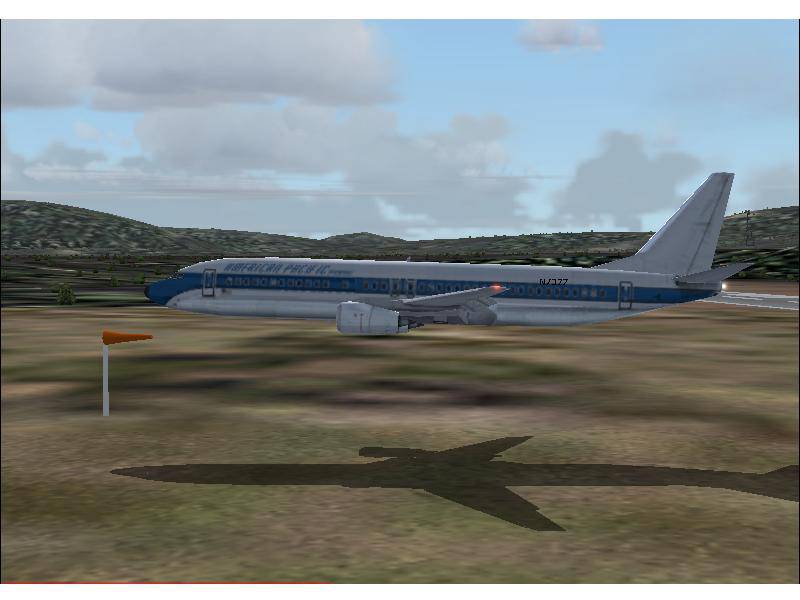 OK, according to my reliable source, the 777LR has a range of 9,400nm with max payload. LHR-SYD is 9,188nm. So theoretically it is possible, though I don't know if that setup complies with safety margins.

Plus (my source tells me 😎 ) LHR-SYD is easier, because of prevailing winds and so on, than SYD-LHR. Nonetheless, Qantas is investigating the idea of flying the route nonstop in an all-business class configuration. Presumably dropping us economy class plebs from the equation reduces payload quite a bit.

It's kind of like walking agianst the flow of one of those moving sidewalks you see at airports except you get a postive outcome.

Bit of a stupid question. Why do planes take off and land into the wind. Surely if they did this with the wind behind them, they would need less thrust and therefore save fuel and engine ware??

There is another reason for this. As you probably know, when planes are landing, the speed is adjusted exactly few knots above stall point. As slow as possible. So if you land with this low speed and you have tail wind with strong blasts you can start stalling immediatally and falling like a rock from the sky. Strong tail/ X-tail wind destroys correct air flow over the flaps. When you have nose wind, it makes the air flow even stronger, and your aircraft (in worst scenario) can only overfly treshold and you'd have to go around.