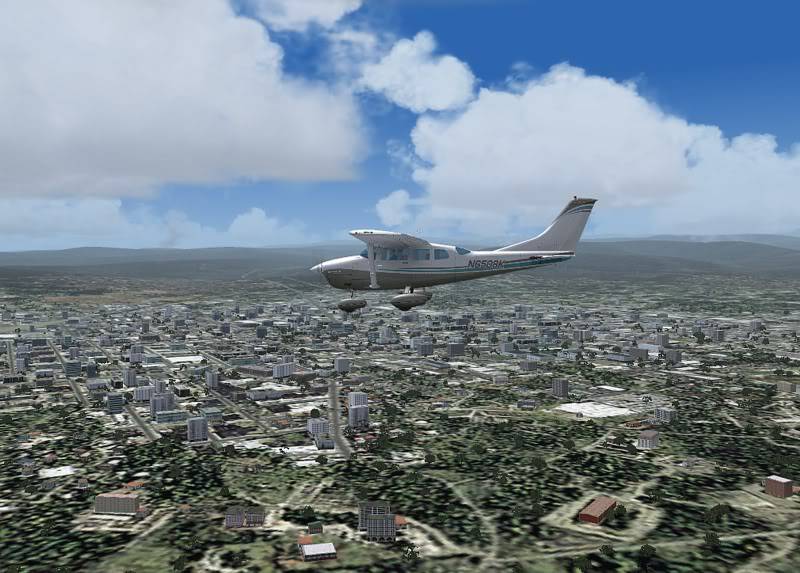 I decided it was time I explored Mount Fuji in Japan the other day, and I was pleasantly surprised at the level of default scenery there.

I don't suppose there are many Japanese members here, or I don't think many of you Westerners venture to the Land of the Rising Sun that often, but I really recommend you try going there in the sim!

Tokyo has had a lot of detail put into it, so why not start there, then go south past Yokohama up to Mount Fuji?

great pic!!
where did you get that cessna?

can you see any of their massive football stadiums?

The C172 is payware from Carenado.

No I have not seen any football stadiums, I only flew round the Tokyo area.