I recently bought Aerosoft Flight Tales 1. On the very first beginners' mission you are supposed to land on an aircraft carrier then fly back to base. After landing on the carrier the mission compass doesn't register that I did and I do not know what to do next. There is a green arrow on the carrier to taxi to, but after going over it nothing happens. Because of this I don't know where to fly to next. Anyone else notice this? And, did I waste my money on this software? The company looked pretty reputable, but now I'm not sure.
Paul

I just received an email from Aerosoft's support team. Apparently the tutorial mission does not have an objective. If you fly around for 15 minutes and land back at the airport you will receive your checkmark for mission completed. You do not have to land on the aircraft carrier, which I am told is insane with the plane you are flying in - but, it's possible.
I hope this helps the next nut!
Paul 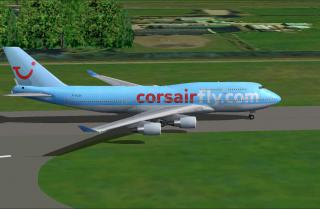