For instance, why does California have some airports designated "CA##" while others are "Oscar##"

What qualifies an airport for a Kxxx callsign (in the US)? Size? Traffic volume?

size i think. but not always... give you an example...

Rostraver airstrip in PA which has a tower (sometimes manned) and has like maybe 2 aircraft come in a week is P53 on the map...

Butler Airport about 40 miles north is KBTP. No tower... same amount of aircraft...

It can't be size...I thought of it as international airports, but still that wouldn't work out. KJFK - HUGE airport. KSYR - International,again, but not that big at all.

For new airports (which are very rare nowadays) the call-sign generally depends on whether the airport is public or private use. Public use airports will have identifiers assigned by the FAA in accordance with ICAO standards (ie KATL or KORD). Generally it is public airports which see the greatest volume of traffic from: the public.

This is why the small county airports, even though they hardly have any traffic, also get K-identifiers. Because they are run by a government body.

Location identifiers for private airports can be assigned by the local airport authority which is also usually the state. Therefore most private airports will have a 3-4 alphanumeric combination which includes the state abbreviation.

Things were slightly more complicated in the early 60's when the FAA first developed airport codes. They classified airports as major public, minor public, and private. Most airports around today were named under this system.

- Minor public received 3 letter codes with numbers (8N2,0B5). I think many of these have been phased out and now follow the ICAO standard.

Now this is just the US/FAA standards. I have no idea how other countries name their public/private fields. Hope this clears things up. 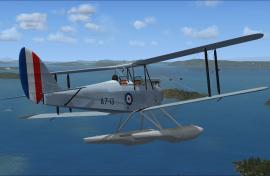