My Dog, Minnie, she was a Bulldog. In 2007 she had a huge tumor in her stomach but i paid out £257 just 1 week before Christmas last year for it to be removed. She was 9, the operation was risky but successfully.

early November 2008 she started to have a ear problem, i took her to the vets and they gave me cream & drops to help here.

Well, Last night she was scratching & crying really bad and blood was running down her ears. so i did the best i could to stop the bleeding. This morning i booked a appointment at the vets to have her checked out. ended up she had another tumor in the head near her ears.

Now being 10 and bulldogs only really survive until 8. the best option was to put her to sleep. 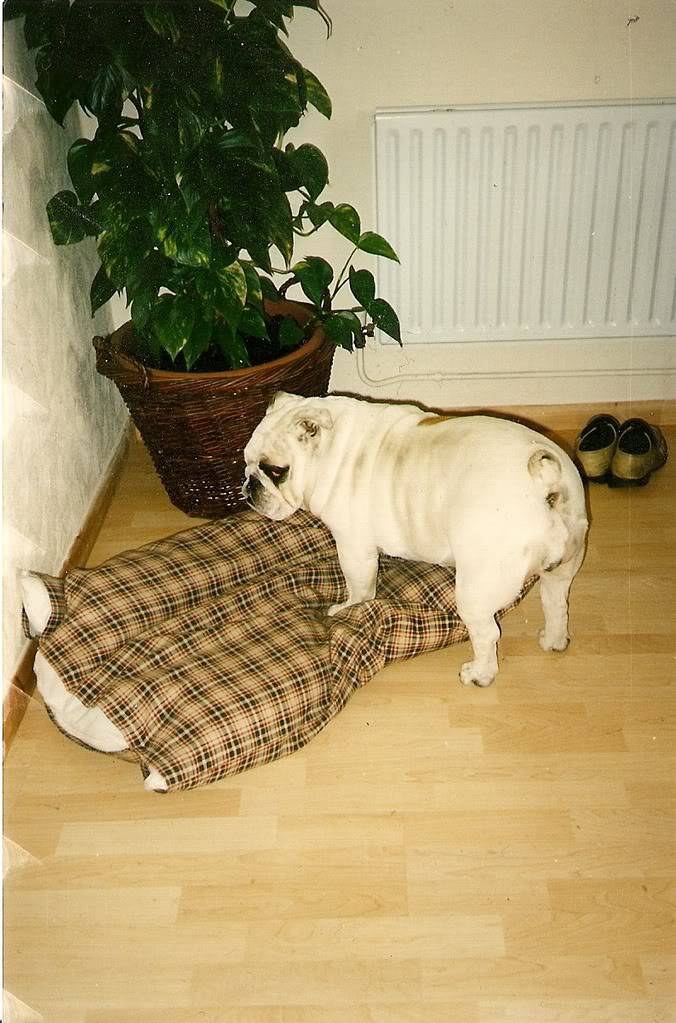 Really sorry to hear that mate, you did the right thing at that age

Yes it was you actually that responded to my post about my dog 1993-2008. And you know when I really looked at it I realized gosh dogs are lucky they always get pampered by their owners their entire lives. And they do. You know life is funny because no matter what may happen weather it be financial trouble or the death of a loved one. The world keeps going and it is supposed to be that way so we don't dwell on the bad but look to the good.

I know what its like to loose a dog. Scratch that because when you get a dog they become family. It is truly saddening there is a period of greif then a period of acceptance and once you get there you will then see that she may be gone but not forgotten.

We were at the mall today and my family walked into a pet store I burst into tears when I saw another dog.

But my friend told me that "It's not goodbye forever...Its see you later.

My strongest sympathy's from the aspiring veterinarian.

Very sorry to hear about your loss. I grew up with my first dog, she also had to be put down - this was a very sad time for me.

Thanks guys for your comments.

It touched me a lot today when just after my dinner i had a lot left so i went to stick the plate in the hallway for my dog. after relising this. touched a little.

Morris i held off on this for one simple reason, i've always had a dog since i was 4 years old (i'm 45 now and have two), so i've gone through the heartache of losing what i consider to be my best friend a few times, i really do feel for you, it's not easy. There's nothing i can say except, i'm really sorry for your loss (they are a part of the family), but you will cherish the memories!

Sorry for your loss