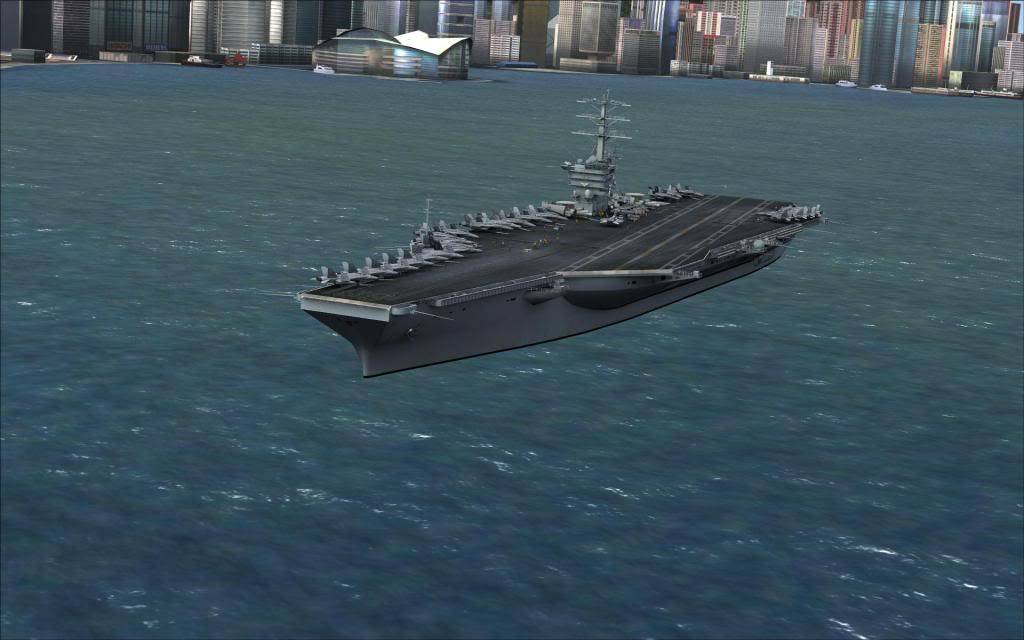 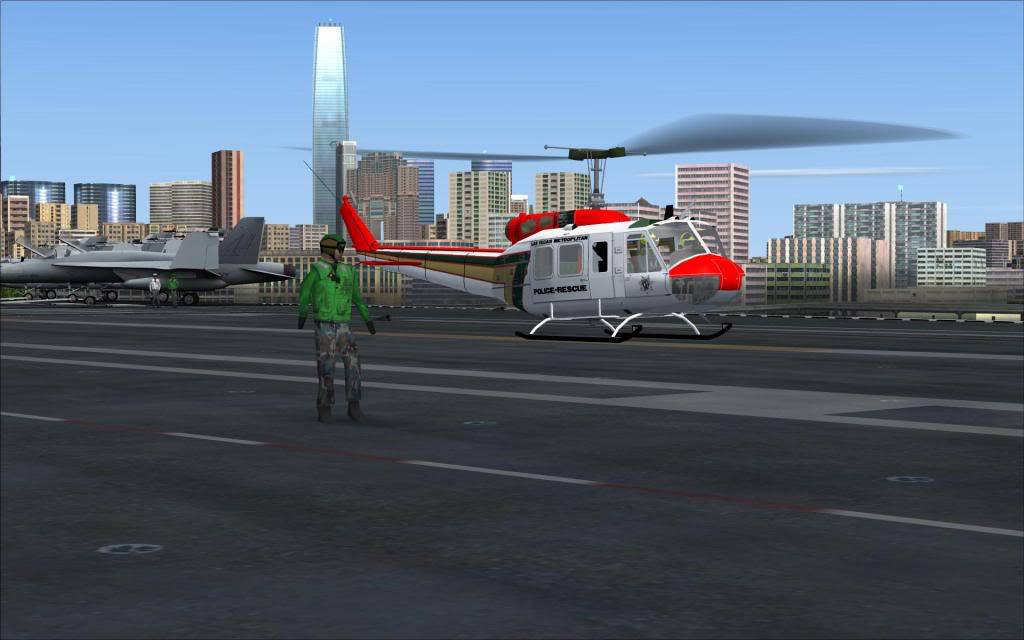 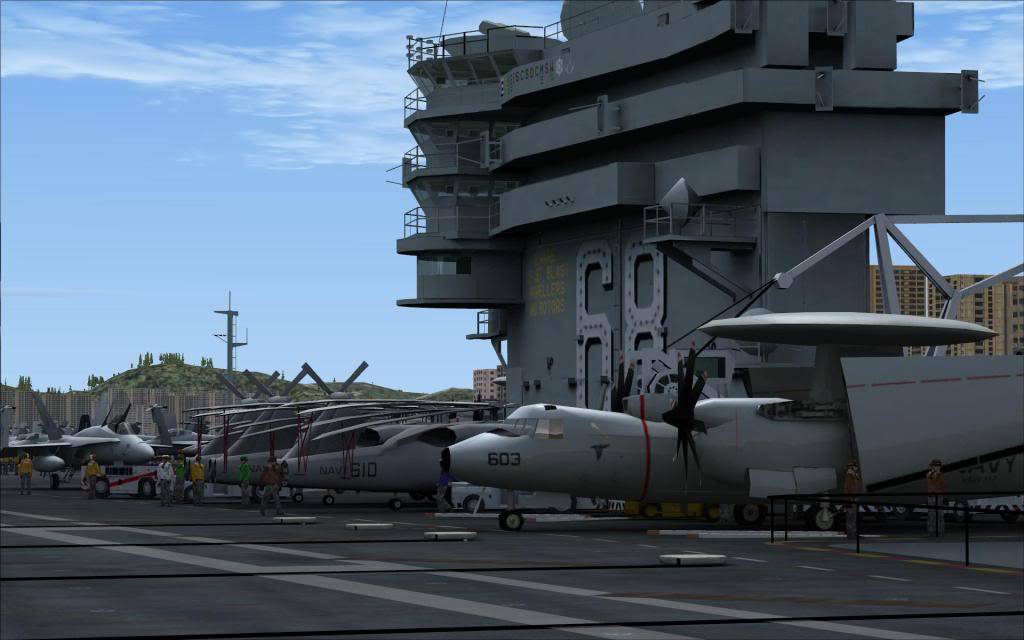 This is a much better ride 😛 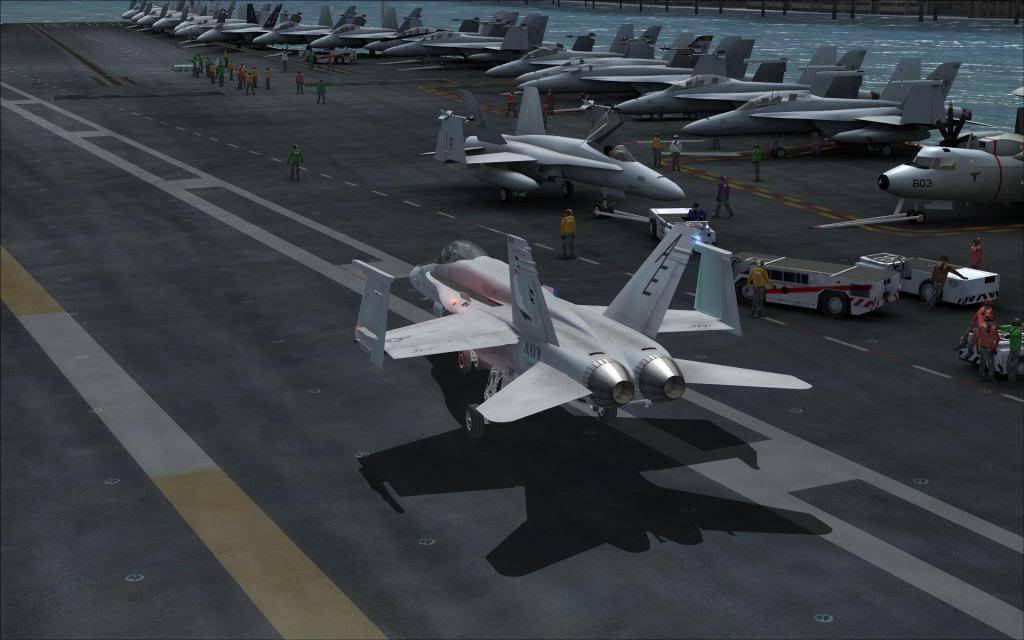 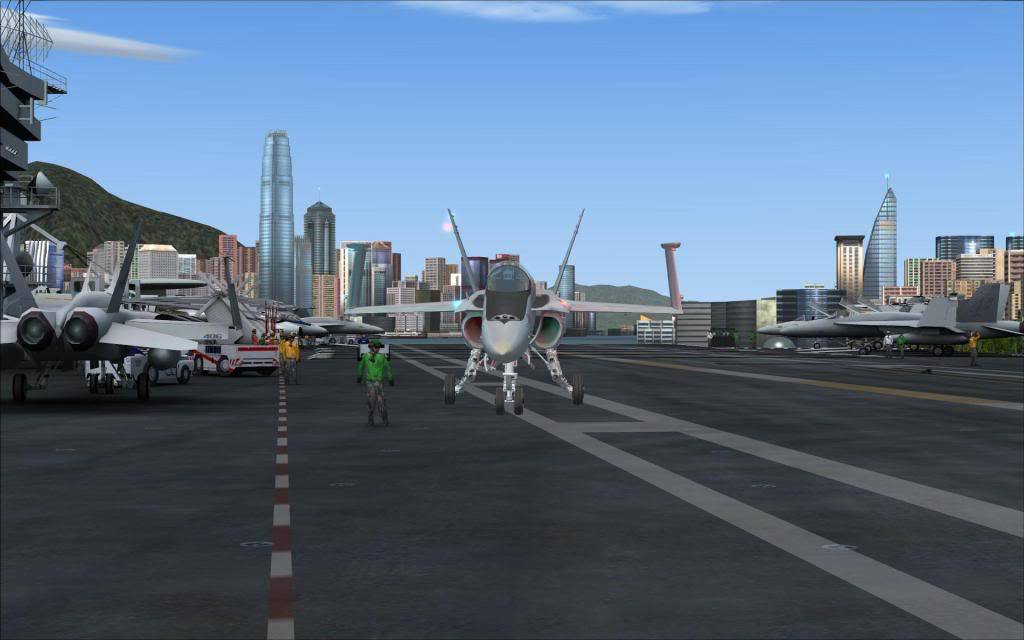 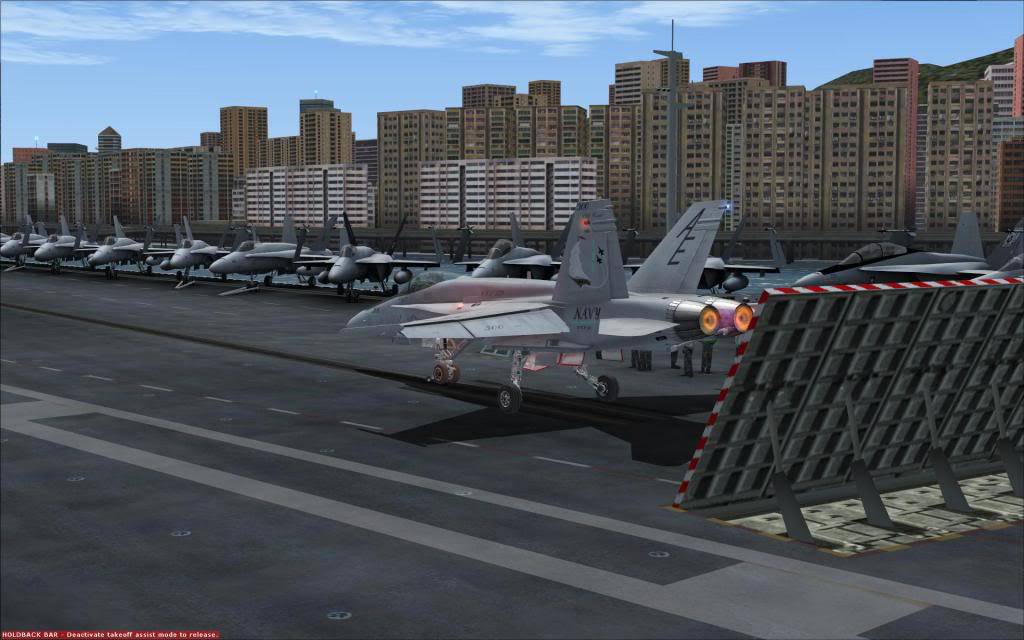 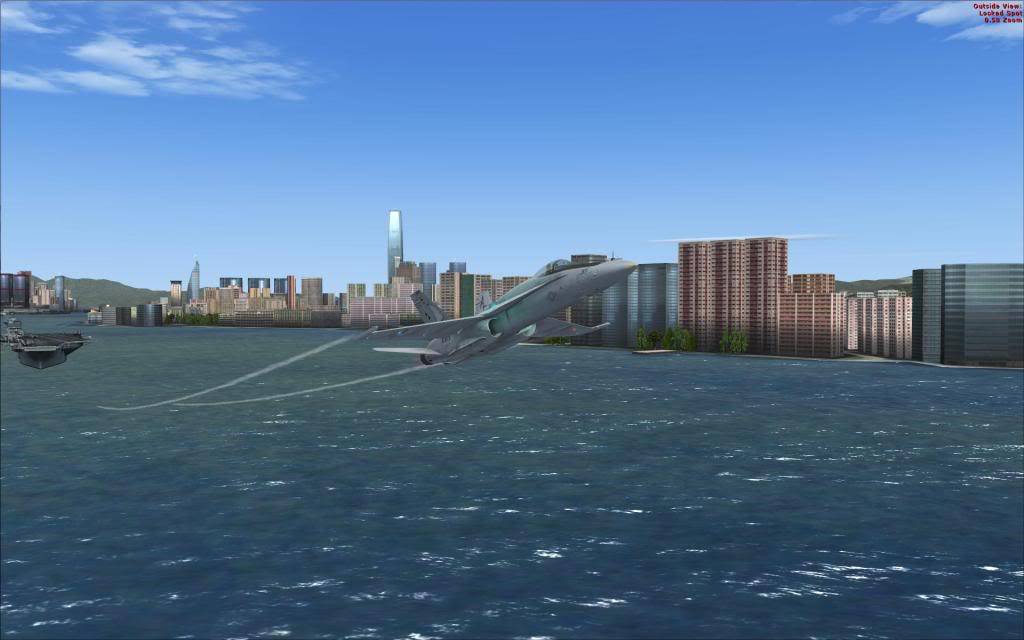 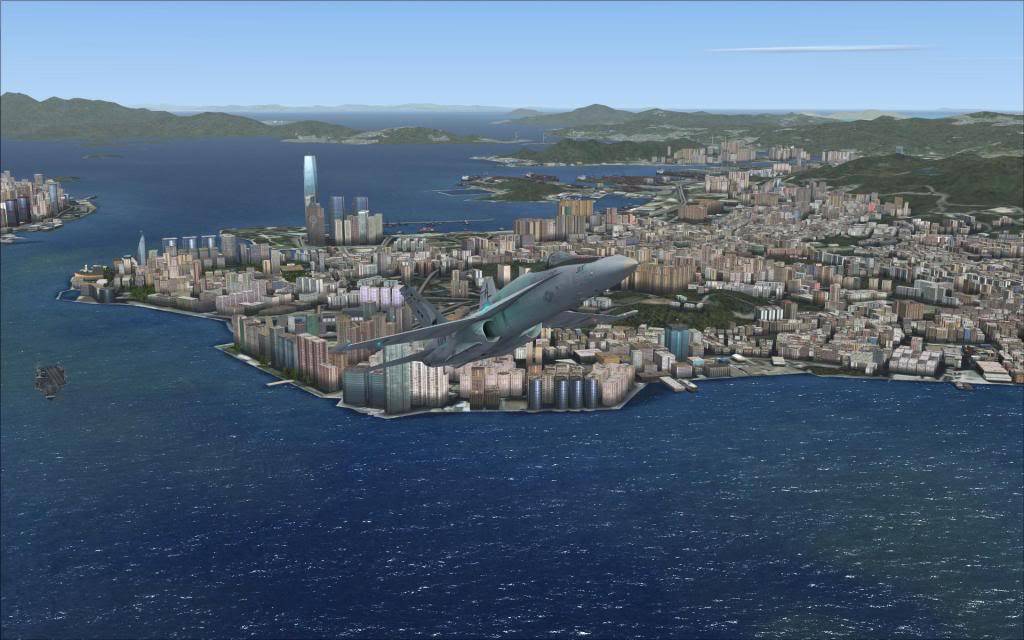 Yes it was. You must have gotten lost. The Tsunami hit shortly after your launch, and covered the entire world. Hope you can find a tanker. Here is that same location about an hour after your departure. 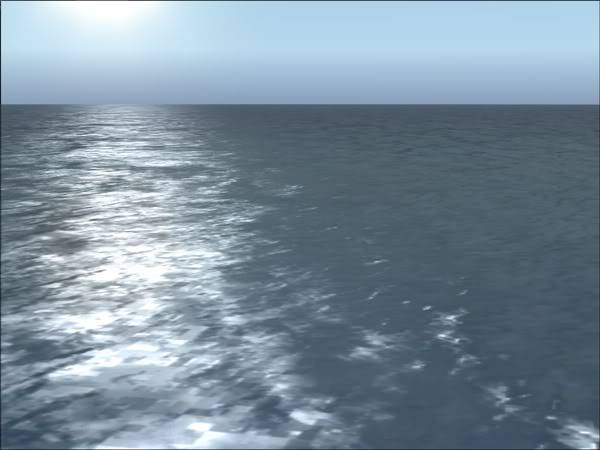 is that an addon?
If so, where did you get it?
If not what city?!

I was sitting here looking through all these screenies like WTF? Tailhook got hacked or something?

You said vegas, and I said Kai Tak. You said FS9, and I see FSX. I was so confused D:

I like the first shot of the whole carrier deck... The lighting is pretty realistic, did you do any adjustments?

And did y'all miss me? Just got back from a 10 day trip to montana... No internet or cell service to be found, but beautiful mountain views and waterfalls all over the place... bliss... 😀

Thanks guys for not uttering awkward praises for these rather inferior piccies, it's not a competition and they were only meant to draw your attention to the best addition to FSX yet... my opinion of course.

Art we must be living on different planets - I'm still on dry land and you obviously were aboard some flying machine when you took the pic... let's hope you're not running out of gas 😀
BTW, your water textures look stunning... where can I swipe them 🙂)

You said vegas, and I said Kai Tak. You said FS9, and I see FSX. I was so confused D: 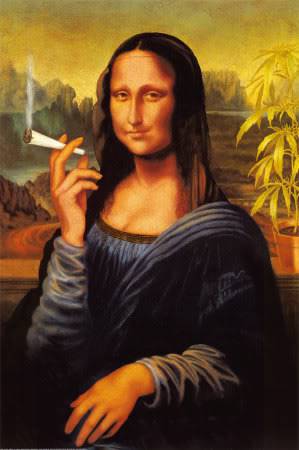 Bob I did think the first pic would be enough to give those who have ever seen a carrier in FS the basic idea. No, I don't do adjustments, edits and the like -- the pics are bad enough as it is, any "enhancements" would probably make them worse. The chopper on the deck is actually the Las Vegas PD but I couldn't even get that into focus.

...and of course we missed you. There were rumours going around that one of them big bears had eaten you. Montana... isn't that where they shot "Deliverance"?

The link for the carrier doesnt work ! do you have another link or the name of the freeware add-on ?

Perfect ! I downloaded it ! I tried to replace the default carrier in the missions, the only problem it seems like the USS Nimitz 68 model #2, is a little bit not aligned with the original mission coordinates, so when on final the aircraft looks at centerline, but in reality it will be off center line.

Do you have any suggestions about how to make it fit exactly in the original one's spot ?
Thanks again

Ha, it never occurred to me to replace the Acc. default carrier, ever since Javier's Nimitz I haven't even bothered with the Acc. one.

I have found a possible solution though, mind you, I haven't tried it myself:

The default FSX boat traffic BGL reffers to the default carriers by
the text in the "title=" entry of the sim.cfg files so 'moving' those
"title=" names to a new model will automatically replace the default
carriers with the new one(s). This, however, will NOT replace the
'static' CV's. When you have moving CV's why bother with the static ones? 🙂

Choose the "model" and "Texture" combinations that you prefer
and substitute those in the above entries.

The above is taken from this topic at Avsim.

In case you haven't got it yet, I'd strongly recommend to get AICarriers2.zip available here: https://flyawaysimulation.com/downloads/files/2687/fsx-ai-carriers/

I just tried Paul's method above, it works like a charm! 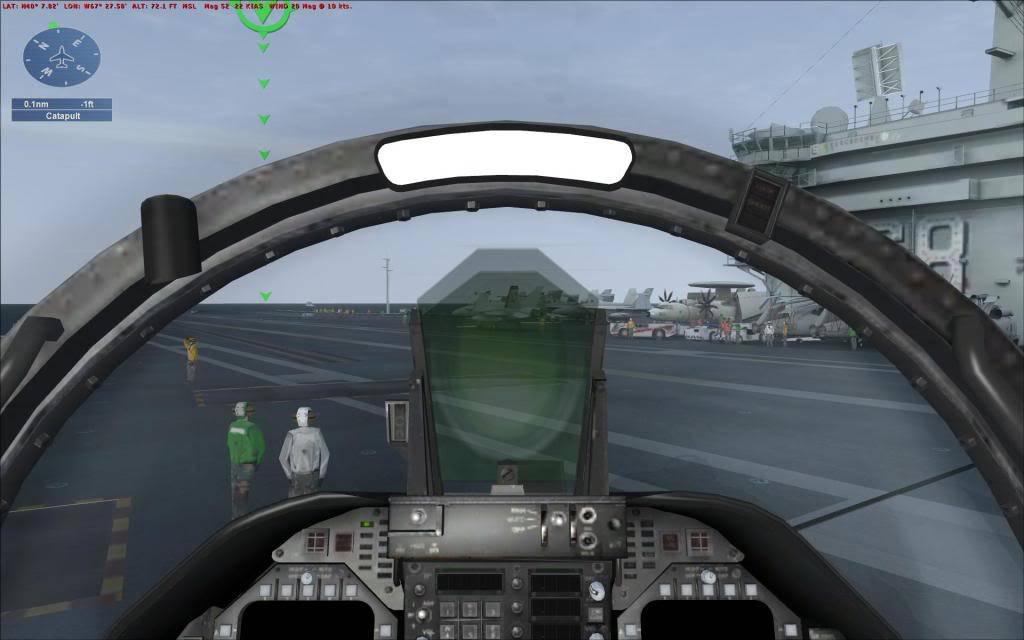 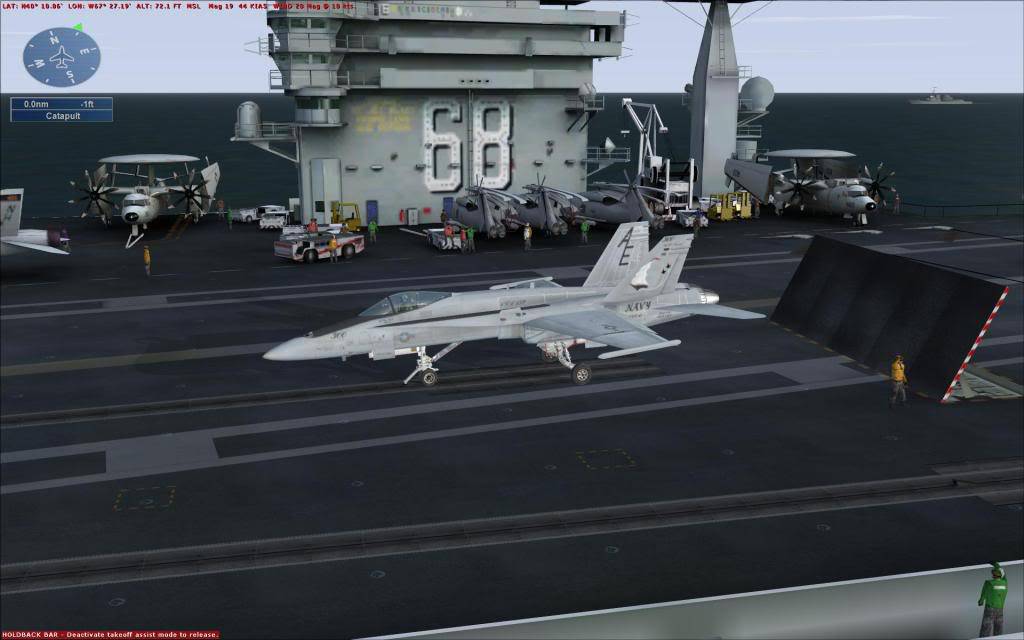 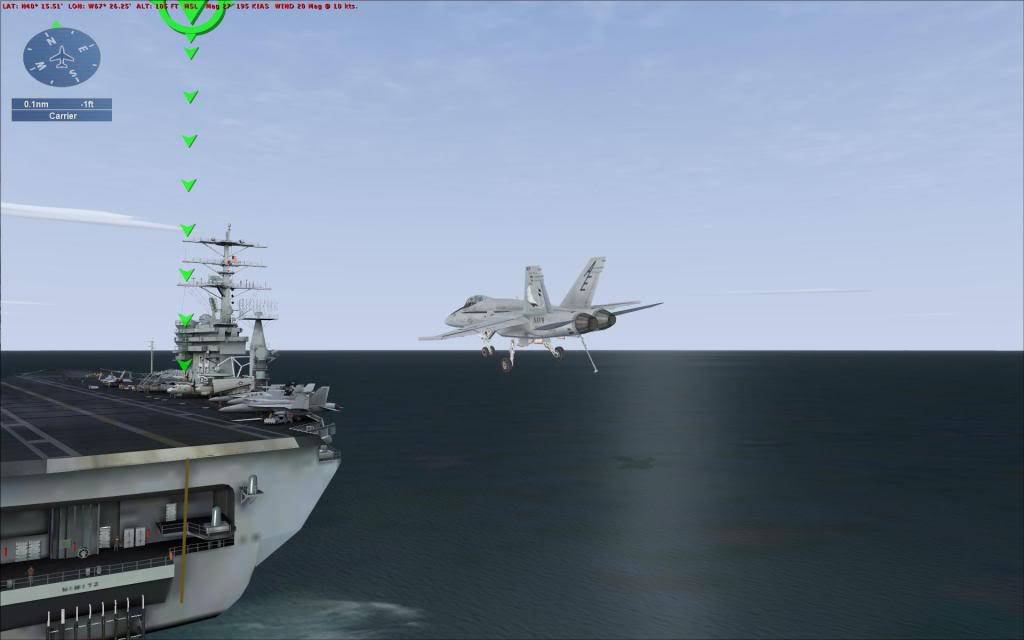 ...perhaps raising the tailhook would be an idea 😳

Thanks mate ! I was able since the beginning to replace the default one, tha only problem is that the triggers of the original missions are not aligned to the new Carrier models, so you result off centerline when you visually are flying on centerline !

Thanks any way for the help and i think to get things work somebody have to modify the mission triggers etc..

In your original post you are referring to "the original mission coordinates" which appear the same to me now after having replaced the carriers.

Now you're mentioning "mission triggers" which seems to be part of the multiplayer vocabulary. Can't help you with multiplayer and the like, sorry - but this: "...you result off centerline when you visually are flying on centerline !" is a great mystery to me... a screenshot might help 😎