IFly 737: The Southwest Airlines "Illinois One"

Ran across this when I got the iFly 737 livery pack:

Here is the real version of "illinois One": 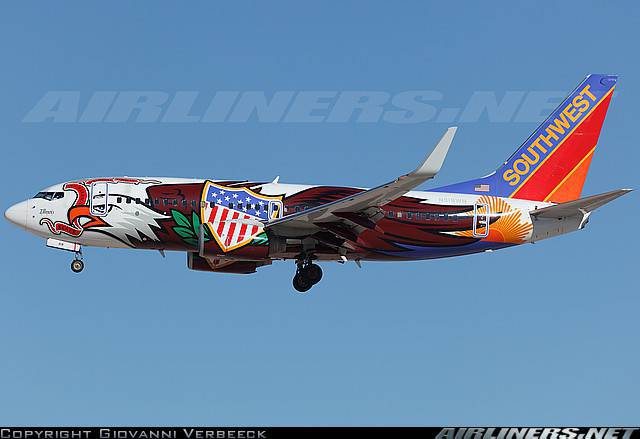 I wonder if I can find anybody that can make the rest of the Southwest State Liveries? I am looking to get a hold of "Maryland One". 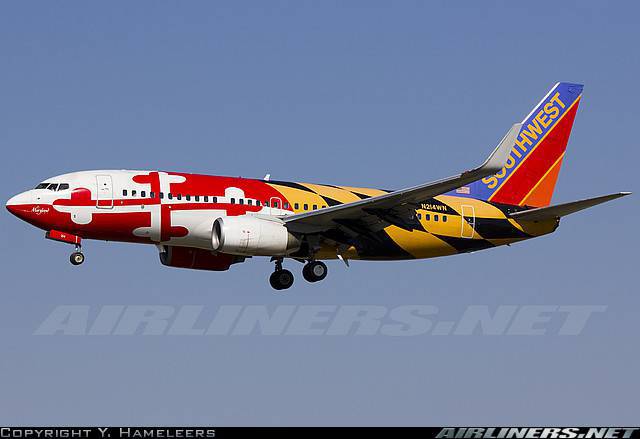 These are pretty complex textures - I wish you luck finding a painter. The iFly looks better than the real one 😀
That wouldn't be one of Jorg Zeitschel's would it?

That I don't know, because this livery did not have the creator in the notepad, like the others have had. I have found "Lone Star One", New Mexico One, Shamu One, and Delta Sky Team liveries, but they are all 2004 textures. When they are used in FSX they look darker than what they are supposed to be, like they are forever in a shadow.

It's a bummer the fs9 textures don't display well in FSX.
I just googled for Joerg Zeitschel alias 'nemesiscom' -- on his current site he says that "...From 2003 until 2007 I was specialized in aircraft repaints and livery designs.
I have made more than 750 own aircraft livery designs so far - mostly for MS Flight Simulator."

At both AVSIM and Flightsim you can still get 66 of his textures. Flightsim is a better option for a look-see as AVSIM never managed to recover their older thumbnails following the attack.

Sadly, like so many other experienced re-painters he never made the move to FSX despite his extraordinary skills. It wouldn't surprise me though if he had teamed up with a few colleagues and produce quality payware for FSX these days like so many others in the general field of FS add-ons have done.

I would have suggested you try one of his fs9 textures just out of curiosity but of course he stopped texturing under his own name long before iFly released their 737.

Request: Should you accidentally at some stage stumble over a name or names associated with that iFly 737 livery pack of yours, please let me know here or via PM - if you can remember