In Memory of Sir Freddy Laker

Sir Freddy Lake, a British born pioneer in aviation passed away on the 9th of February 2006, aged 84 last Thursday.

He was the man who created the no-frills airline concept and run his own highly successful Trans-Atlantic “Laker Airways” during the 1970’s and 1980’s where you could buy your ticket on the same day as your travel, just turning up to the airport to board as you do at the railway station, hence it’s nickname of the "Skytrain” You can read more about his great legacy here: http://en.wikipedia.org/wiki/Freddy_Laker 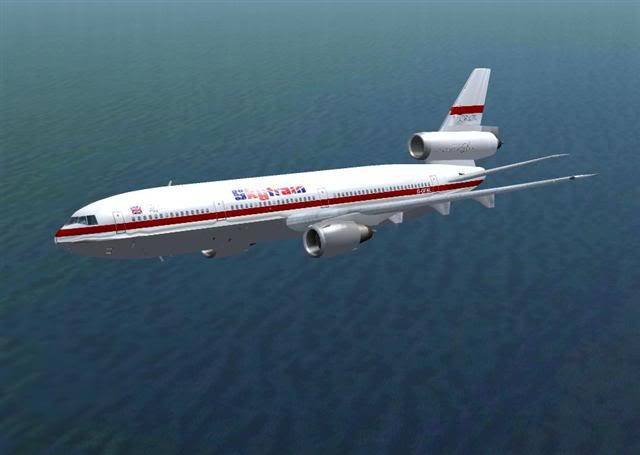 In his memory, you can download a 6mb package including a freeware DC-10 (as these aircraft where the workhorse of his fleet based at London Gatwick) model and repaint as seen above from Avsim here: http://library.avsim.net/search.php?SearchTerm=DC-10+Laker&CatID=fs2004&Go=Search

My father once met Sir Freddy in a petrol station in Sussex and had to ask him to move his Jag because he was blocking the way out!

May he rest in peace.

Sorry to hear Sir Freddy is gone. He was certainly one of the more interesting personages of commercial aviation.

These days, the bean counters are in charge.

Sir Freddy Laker is a name that will be well remembered in the aviation world. Sir Freddy was a great entrepeneur who had the courage and foresight to take on the might (as then) of BA and sow the seeds of 'low cost' flying so that today so many more people can travel by air. A cavaliar spirit sadly missing from todays commercial jungle.
Sir Freddy - R.I.P

PS
I just hope that the investigating documentary on low cost airline Ryanair to be shown on UK TV on Monday evening does n't destroy Sir Freddy's ideas on low cost flying.

I agree wholeheartedly with the coments made about him and would add that we all owe him a great debt for persisting in the face of particularly nasty competition from at least one major airline. Without his efforts I doubt that low-priced air fares would exist.

His contribution goes back a long way to WWII and his participation in the Berlin Airlift.

There was a particularly good obituary in yesterday's Daily Telegraph.

There was controversy I am sure surrounding airlines such as BA when Laker Airways was doing extremely well. I am sure that the Laker Airways aircraft were top spec even although it was a no-frills airline, they were getting to destinations quicker, before all the other airlines. I am sure that controversy was sparked when companies were actually ensuring that ATC held up a large number of the arriving flights at destination airports. This meant that companies such as BA got their first whilst Laker Airways had higher running costs, that what they really should of had.

I downloaded the DC10 and got it up and running without difficulty.

There is no map icon on the panel which is a pity and I would like to add it together with a Pushback/Taxi icon but unfortunately a search through panel.cfg does not show any of the icons that are actually in place at all - or am I missing something ? Without knowing the co-ordinates of those it is not really practicable to add any more.