I have downloaded a Posky Boeing 737-800 in China Southern livery and found that it comes complete with a pushback tug and person walking beside when asking for push-back.

I would love to include this for all aircraft, but cannot identify the coding in the aircraft cfg file (this is where I presumed it would be). I think I have found the textures for the tug, although I cannot view to be sure.

Can anyone clarify how to do this, or is there an add-on somewhere which is easier?

It's on Flightsim.com, although can't get into at moment due to time-out.

Reading around on the internet however it would appear it's not possible, as it has to come with the aircraft. Surely someone somewhere who knows how to write these programmes can come up with a tug which appears attached to the nose wheel when you request pushback? If they can do it for a single aircraft then why not a general one which requires the user to configure the cfg file accordingly.

Go to www.projectopensky.com for all POSKY aircraft. Possibly the best freeware planes around these days

It is a very cool feature isnt it? 🙂

I fly the 739 KLM myself, and have come to really like the plane although the controls feel much different from other 737's, this one took me a while to master I must admit.

I think the feature is defined in the aircraft's MDL file; it's not in the aircraft.cfg or .air file. As modelling is an area unfamiliar to me, I can't say anything more about it I'm afraid. 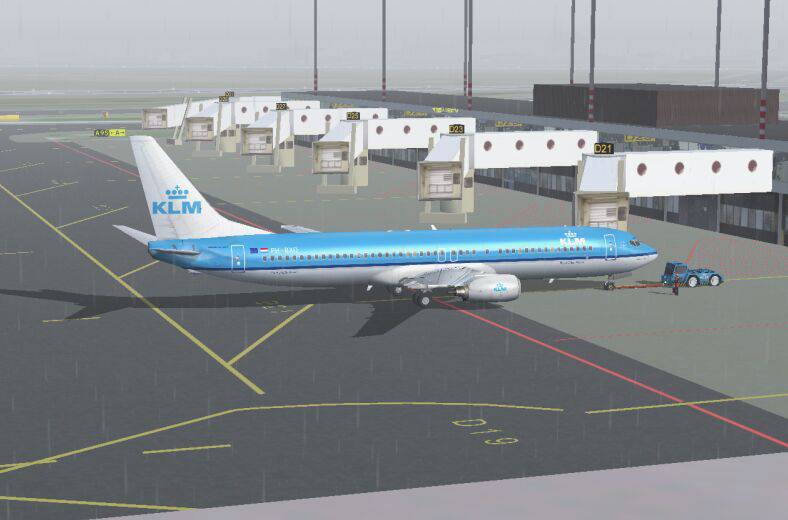 Possibly the best freeware planes around these days

but yes it is part of the mdl and you cannot 'add' it to other aircraft. many aircraft have such nifty features it depends what you're looking for.

Go to www.projectopensky.com for all POSKY aircraft. Possibly the best freeware planes around these days

Thanks, those are good crafts. 🙂

where is the down load for the jet ways? i cant find them anywhere

You mean in the screenshot I posted?

I'm parked at the D-Gates of Schiphol - Amsterdam here (EHAM), the scenery is from NL-2000 who make awesome scenery that covers all of the Netherlands.

Download is pretty big, over 200 mb in size, but it's worth it; all tall / important structures are pretty accurately placed over the entire country.

here is the only pic i still have, sorry its not at pushback either! 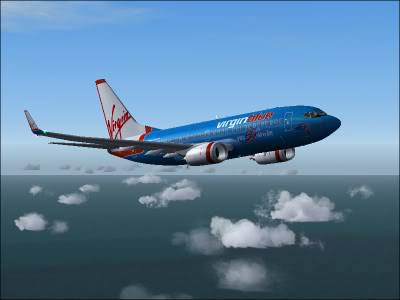 What add on scenery for the airport have you got? is it avaiable for ALL airports or just major airports?

The "nl-2000" in my previous post was actually a link. Click on it and you'll go to the website. This scenery covers all of The Netherlands, but no other countries. It covers the entire country and is very well done.

Only negative aspect - for me - is that it reduces my fps to below 10, but this is more than likely due to my ancient graphics card (FX5200)

All the 737 downloads of www.projectopenksy.com have a push tug and man