Today I was reading the Popular Science magazine and I came across this: 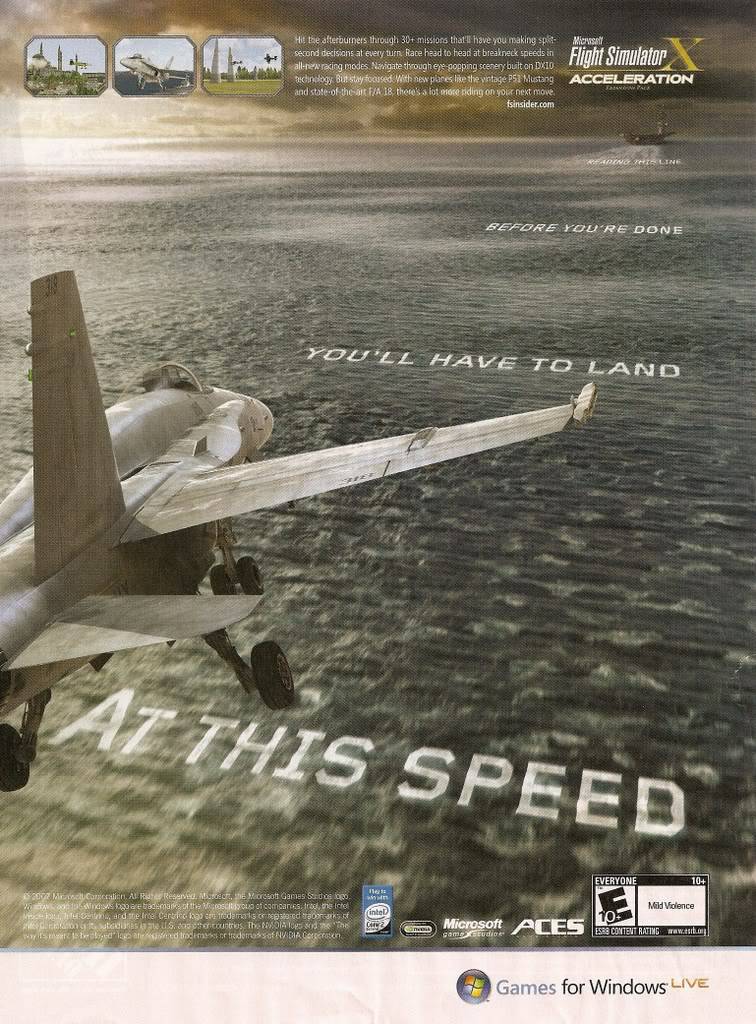 GameSpot also has some screenshots of FSX Acceleration at http://www.gamespot.com/pc/sim/flightsimulatorxadrenaline/images.html?mode=official.
Some of GameSpot's screenshots:

Challenge friends in the new racing mode, or test your flight skills in the 20 new missions like being a NASA test pilot, performing search and rescue on an ocean liner, or navigating a whiteout blizzard in the backcountry. Also included are six new scenery maps including the famed Red Bull Air Race courses, and three new planes such as the F/A-18A Hornet, EH-101 Helicopter and P-51D Mustang.

has there been any release date given other than "fall of 2007"?

Not that I have heard of. I would think it is coming soon though, because they are already starting to advertise.

Saw an article on this in PC Pilot magazine, it should be out for Christmas.......if we can run it 😳 .

Its a shame I can't test it currently 😞

Had a fire and everything (including house) was destroyed. I'm hoping to be back up and running soon.

Are you serious 😳 Man I wish I could help man, but i'm over the pond 😞 Hope everything works out 🍻

Thanks. Insurance is sorting everything and my uncle has kindly given us his old computer (quite a good one too) so I can put my hard drive (which I salvaged) in it and resume flying (and testing Acceleration).

BTW - Sorry to hijack the thread