Alright, here is the skinny:

I found out last night that Ariane and McPhat parted ways rather violently (I was in school so I was out of the loop). Well it shocked me to see that they went their separate ways, especially when I wanted the next expansion pack.

Well, I was visiting the McPhat site when I read the news and the subsequent link to AVSIM, so I went there to read up on what happened:
lets just say that the members there wasn't too fond of Ariane, and they vented accordingly.

After reading that particular thread, I decided to send the admin who closed the thread a message that I would have like to posted as a person who owns a Ariane product.

We all know how much of a PITA the activation process of a Ariane product and how I vented my frustration about it, but after I had got my product activated, I was amazed on how well the aircraft performed. So I gave my .02 cents to that admin to view and post, IF he wanted to.

Today, I got an e-mail from AVSIM, banning me from their site!!!

I was thinking, "WTF??" I never said anything derogatory, out of line nor disrespectful. But I was banned for SPAMMING!!!! With a post count of 1!! And that post wasn't even about the McPhat/ Ariane issue: It was about Windows 7 and FSX!!!!

So, I sent them this e-mail:

I am trying out why I was banned for spamming on your forums; I have been visiting the forums for a couple years and only became involved in a couple of topics as of late. I personally would like an explanation on why I was banned when I only posted one (1) comment into the forums and one message to the administrators concerning the breakup of McPhat and Ariane.

Although I am just a customer of Ariane AND McPhat, I was also one of the members who donated funding to your AVSIM Library before its crash a while back. I feel as if my comments about Ariane contributed to the banning; in fact I believe it is THE cause due to the prejudice most members (and a few admins) have towards that company. My comment was that of MY opinion, and my opinion alone.

However, I also do not appreciate this type of action without proof, nor warning. This action was in retaliation of my correspondence to one of your administrators. Therefore, I will forward a copy of this to other sites that I am a long standing member of, such as Flyawaysimulations, Simgameit, Flight Sim Nation, McPhat, SimflY.EU and the ATFS Virtual Flights Forums.

I don't think this was an accident; there was no warning, nor message reply, nothing. Just a straight out ban. And it was due to my comment....which was just a customers opinion!!!

I would like to know your comments on this matter, and don't worry...

I am sending a copy of this thread and e-mail to every Simulation site I am a member of.

After taking most of my frustrations out on CODMW2, (and the reasoning of a few members here) I checked my Outlook and noticed that I got a response from Avsim:

I received your message inquiring about why you were banned from the AVSIM forums. I responded to your message shortly after you sent it and I investigated the problem. Perhaps the e-mail account you have on file here at AVSIM is no longer correct? I believe it was an army.mil address.

Regardless, I apologized for the inconvenience. Your account was deleted by me on accident. I was in the process of clearing the spammers out of the forums, and your name happened to fall right in between two spammers. It was an error on my part, which I fixed as fast as I could, then I reinstated your account. I was unaware that the forum system automatically sends the message you recieved regarding spamming. That is an automated message given to anyone who we delete as a spammer, it was not written by me.

Contrary to what I have now come to discover at the forums you posted in (flyaway simulation, simfly.eu, etc), this was nothing more than an accident on my part. It has nothing to do with an opinion about Ariane or Mcphat. In case you haven't noticed, we have countless posts in this forum both praising and criticising Ariane and Mcphat, so the accusation that your banning had anything to do with an opinion is very misguided. It was an accident and nothing more. It's very unfortunate that my reply to you was not received (for whatever reason) because it could have prevented those unecessary posts you made.

Your account is active here at AVSIM, and I again apologize for this accident, though in the future ask that you give me a little more time to investigate before bashing AVSIM elsewhere and leaving incorrect information.

So I jumped in Avsim, posted in a thread, collected my thoughts for a moment and replied:

I still utilize that address (rodney.e.jacobs@us.army.mil). Feel free to send correspondance to that address whenever something important arises.

Now, about the ban:

You can't began phantom on how shocked I was whe I arrive home to find my account has been banned for spamming; especially after messaging a administrator the night prior with a comment to a closed thread.

Try to picture getting banned just after giving props to a product from a supplier that everyone hates....you can't help but to think that this was the results.

Now, I did wait (not patiently mind you) after I sent the e-mail but anger got the better of me and I decided to retaliate ahead of any reciprocation from your staff.

Pardon me, but I am a Soldier, and I have a bad habit of anticipating others actions before they make their move. Good to have this frame of mind in this line of work.

So in light of this embarrassement between your site and myself, I suggest that you should send a complimentary reminder to all members check into their accounts from time to time to prevent such actions, such as banning members and suspending their accounts. Flight Sim Nation practices this format and they pretty much keep me checking in to be prevented from getting banned and kicked.

Again, if I haddn't said so, thank you for addressing this matter and making the necessary corrections.

same thing happened to me, had an issue with Aerosoft, was not happy with how they handled my request for a refund, had my private conversation with Aerosoft support pasted online by fabien something, when i complained to avsim that he did this, they banned me without warning or a chance to ask why! AVSIM suck up to big companies, they allow a customer support rep to post a customer conversation on their forums then I get banned for asking them to take it down! As it happens PAYPAL ruled in my favour and I got the refund back. AVSIM and Aerosoft are pathetic. AVSIM never gave me any reason for banning me and in fact it was my conversation with aerosoft which got published in a forum and i got banned! AVSIM sucks! 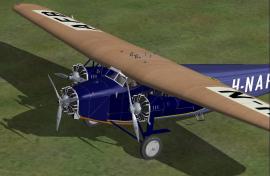