I just d/loaded Google Earth, but I can't get past the login screen. I thought this was free?

There are free ones and pay ones, check again.

I downloaded it the other day, no cost, and it is GREAT!! I can even see my boat sitting next to the house 😀 . Now if only there was a plane in the back yard

I tried d/loading the "free" version from a few websites, but it wants login info 😞

Chris, This is the free one, I downloaded it a few days ago but haven't used it yet.

See if you have better luck.

Thanks Radarman, that one works for me! 👏

How cool, which one did you get and how well does it work.
Do you get ATC, police, fire TV, what?
Did you have to run an antennae outside the house.

guys, my advice: get google earth of your system now!!!!! i know the 2 GB of install space anyone (almost) can handle, but the problem is: every time you use google earth, depending on how long you use it for, it sucks up additional space while you are using it. and, (in my experience), when you try to take google earth off of your system,it just leaves all that space it took up(including the 2GB for installation!), so as a cause of google earth, i lost 3GB of space i never got back!!

It all depends on your spec. I've had no trouble at all with google earth. If you do take it off you system make sure you delete everthing, I mean everything related to the prog. Once you have done that do a defrag.

Radarman, it's works great. I have ATC, TV, Fire, & police. I don't need an extra antenna.

Cool that you can get all of that without an antennae.
Take it back to the store and hope that they have one employee that knows how to program it.
If not try another Radio Shack, maybe they have a toll free number in the back of the instruction book.

I have a Radio Shack Pro 91 hand-held scanner. It will accept the 120.1 frequency with no troubles.

First press the "manual" key. Then punch in the channel you want the freq to be on. Then press the "program" button and put in 120.1. Then press "enter" and finally press "manual" again. It works fine on mine, so it should also work on yours. 😎

How long do ya think it will be before there is a collaboration between MS and google that will provide the scenery from google earth for FS? I have not heard any news, just an idea that sounds very cool. And it's a way to get that plane into your backyard.

How long do ya think it will be before there is a collaboration between MS and google that will provide the scenery from google earth for FS? I have not heard any news, just an idea that sounds very cool. And it's a way to get that plane into your backyard.

Never, they have become bitter competitors. MS just sued Google (and won) for another matter.

I am having problems with google earth downloading, i can´t install it (do i need internet to run it)?

i can´t install it (do i need internet to run it)?

Yes, you need an Internet connection. And if you don't have broadband, forget it.

NASA do a similar one called "World Wind", just Google it. It is a BIG initial download though.

I downloaded it to my work machine but the firewall wouldn't let data through, and I deleted the install file 😞 I'll start downloading it now and when I'm back from work today I'll try it.

The NASA WorldWind download is 180Mb by the way

Hmm... result is inconclusive. I couldn't get it to work past the firewall at work so I uninstalled it. Google Earth does work fine through the firewall though. However, give NASA WorldWind a go yourself 🙂

exuse me but what does google earth do and what do you mean when you say police fire tv, and oll that other stuff.

i would like to know what it does and if it is any good. dont respond to my question on here please P.M. me

I'll copy you a PM of this email but this is for the benefit of everyone else.

exuse me but what does google earth do

Google Earth is an application on your PC. When you load it you see the world globe. You can spin the globe and zoom in, right down to street level in most cases (though where I live they haven't done a hi-res pass yet). This is done by satellite or reconnaissance photos. It does this by streaming the data from Google's servers to your PC over the Internet (data to cover the WHOLE globe is massive, which is why it streams only the bits you're viewing). That is why an Internet connection is essential, and a fast Internet connection is better (1Mb+ is good but you can get away with 512k).
For more information see here http://earth.google.com/

and what do you mean when you say police fire tv, and oll that other stuff.

Chris102 told us that he'd bought a scanner from Radio Shack. I know that Radio Shack is in the US and is the UK equivalent of the now long-gone "Tandy" cheap electronics stores. A scanner is a radio receiver that allows you to listen to various transmissons outside the regular radio that you would pick up in your car for example. You can listen to air band, marine band, and in some cases the other emergency services. This scanner has nothing to do with Google Earth. 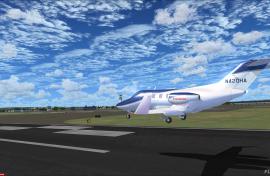