Finally I'm going to start this trip report. Yesterday I've been uploading the images to Photobucket and I found out that they are 54 images. I deleted some of them since they are too dark or blurry. Now I have 48 images and I'm going to divide this trip report into 3 parts with 16 images for each part. There are appoximately 3 blurry images that I took without flash, so sorry about that.

A driver took us to the airport so we didn't have to park our car there and pay a certain quantity of money.
When we arrived to the airport we did the check-in and then we went to have a drink. 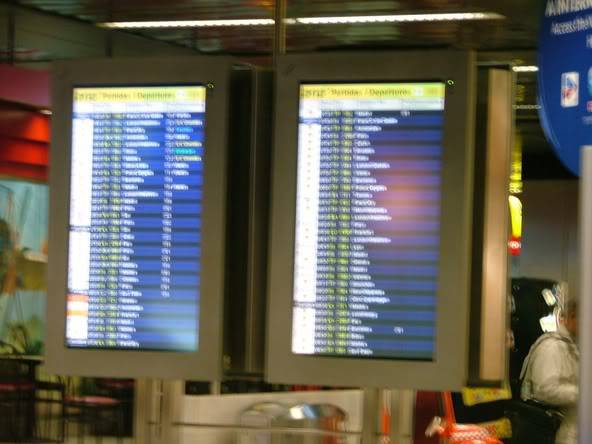 After a few minutes we boarded the B757-200. I've got a window seat, but didn't take any pictures because it was too dark.
This picture was taken when we arrived to Madrid and I was standing on the bus. 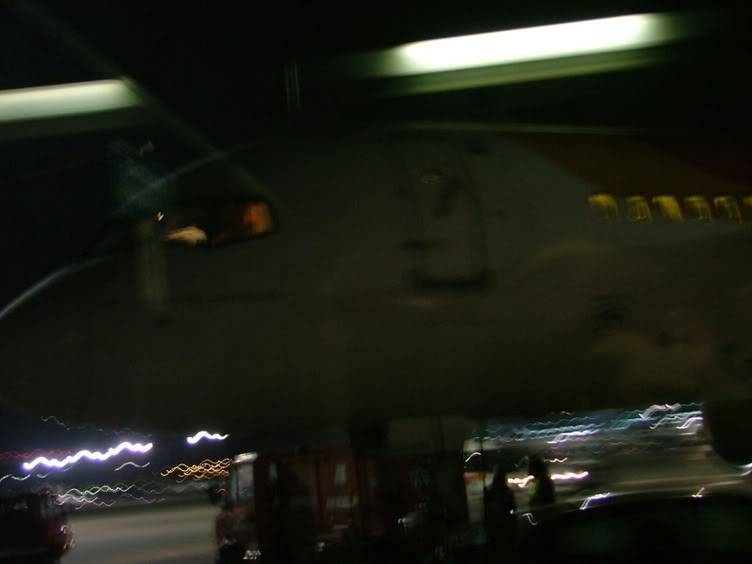 This was a great flight. This time I didn't have a window seat because they were all taken by other passengers. None of my family had a window seat. My dad was seated next to a woman who had a window seat, though.
Not having a window seat I couldn't take any pictures of the flight.
The seats were very confortable and we had a monitor that showed us the aircraft from the outside. That was really cool. I watched the takeoff through that monitor.
Flight Attendants were in a good mood. Some of them weren't.

Well, we arrived at Buenos Aires. The flight was so smooth. Landing was perfect. Some argentinian guys were wondering why the aircraft took so long to take off and land 😂 Being a big aircraft fully loaded it takes time to reach VR speed and rotate the aircraft.

On December 15, 2005 my mom and dad went to Brazil. My dad had to work there and my mom went with him just to have fun and talk to her Brazilian friends. She took some pictures for me so here they are: 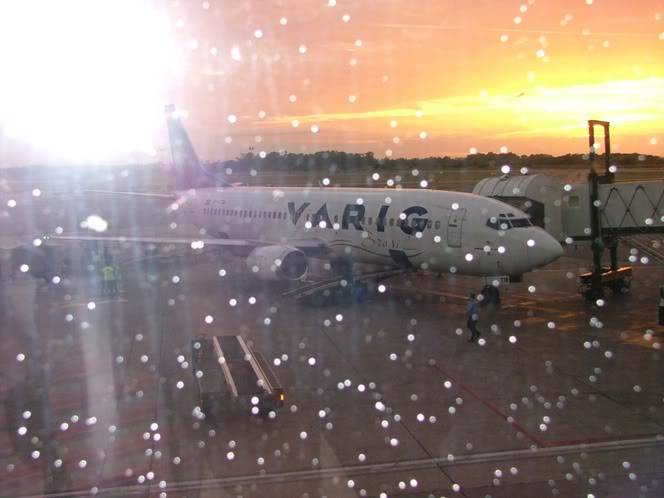 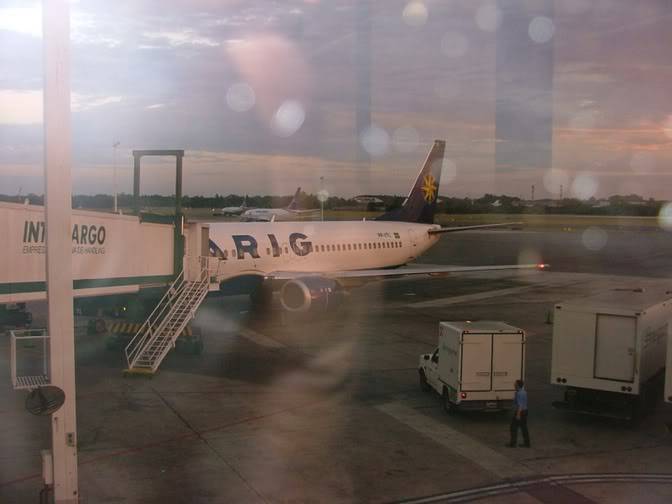 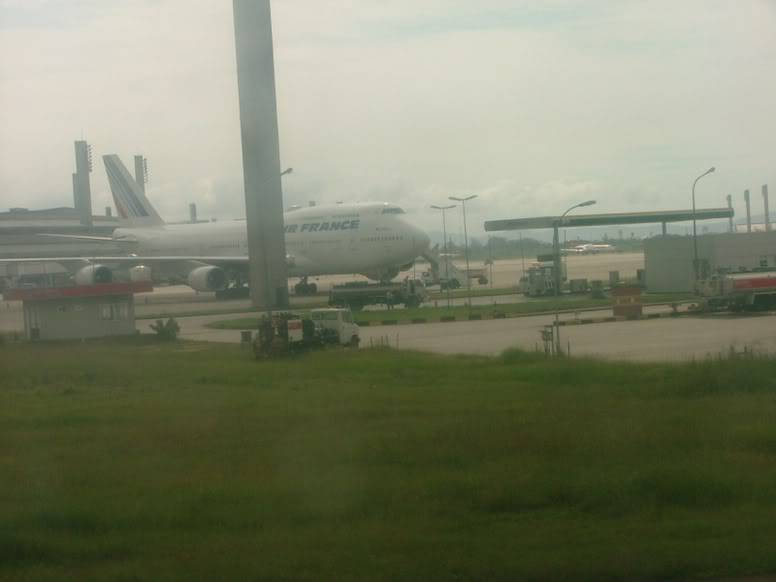 Probably these pictures were all taken at the Ezeiza Airport or maybe at the Guarulhos Airport, Rio de Janeiro. Or maybe São Paulo, which was the final destination of my mom and dad. 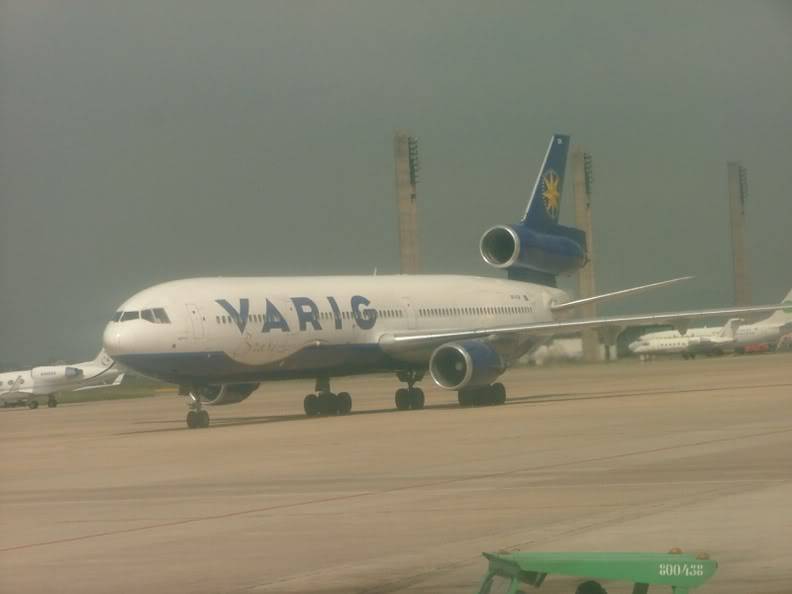 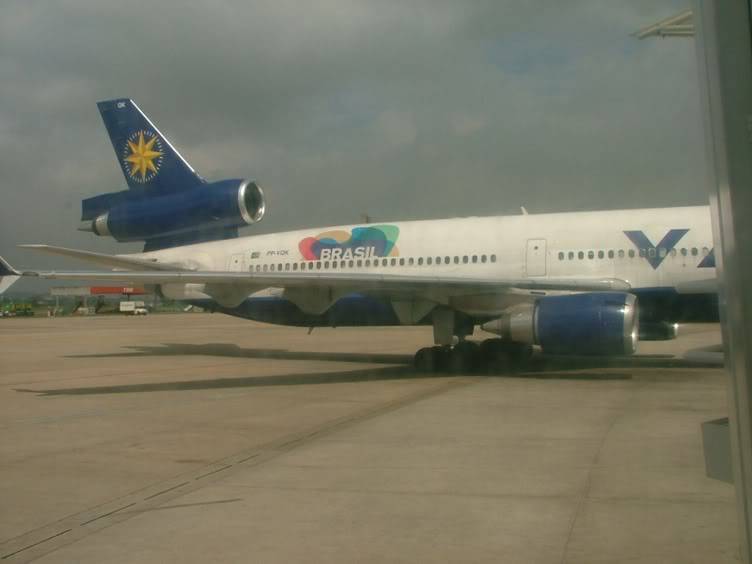 8. The Ground staff arrived to serve this aircraft. 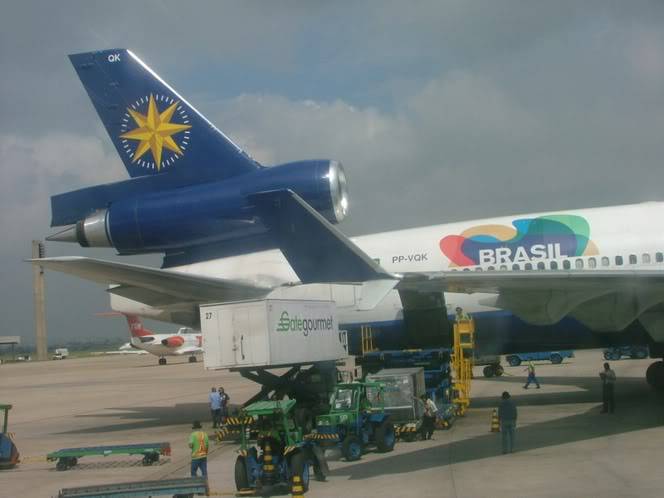 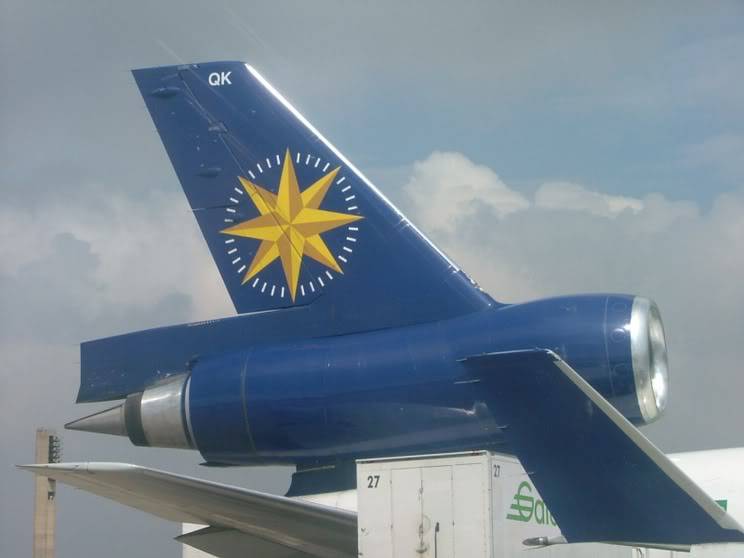 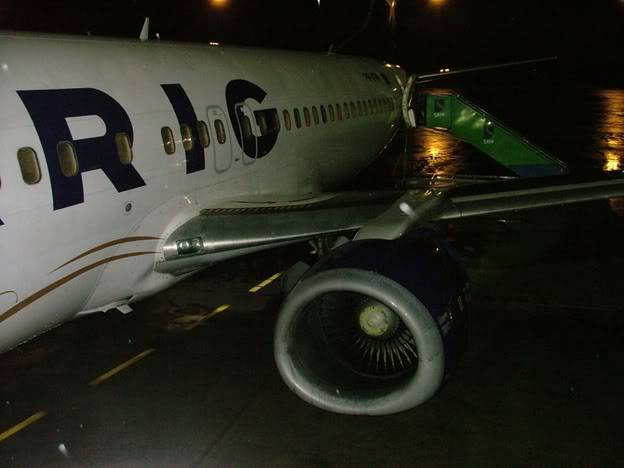 My mom took some more pictures but I will not post all of them. Some of them look the same.

Our stay in Argentina was so great. We went to our beautiful house there. 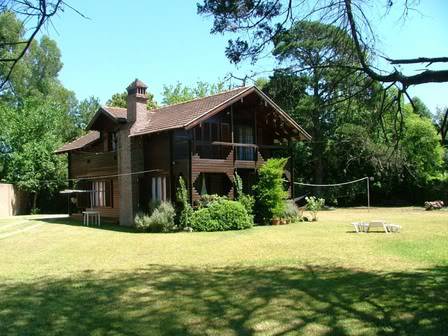 12. An Aerolineas Argentinas tail. This is at the Ezeiza Airport. 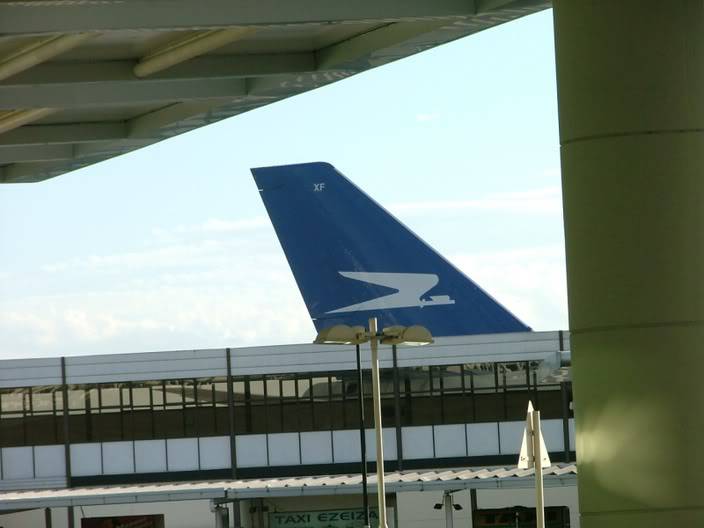 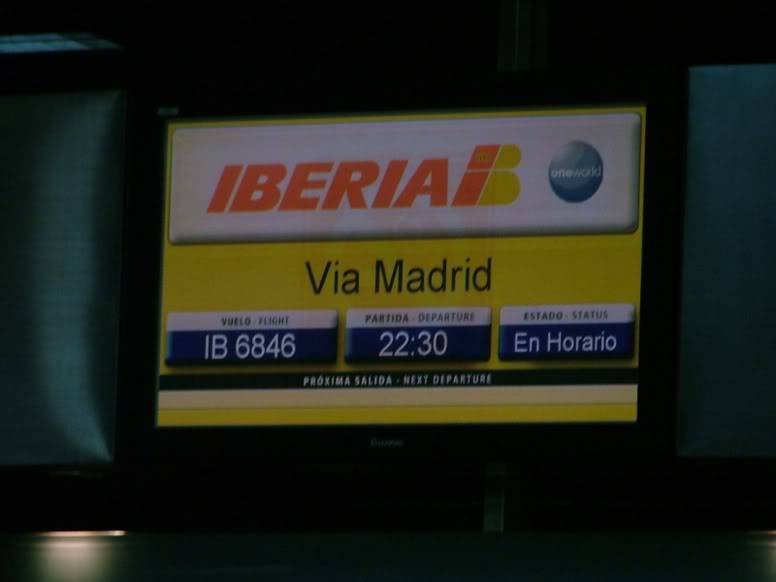 14. A little monitor showing the map 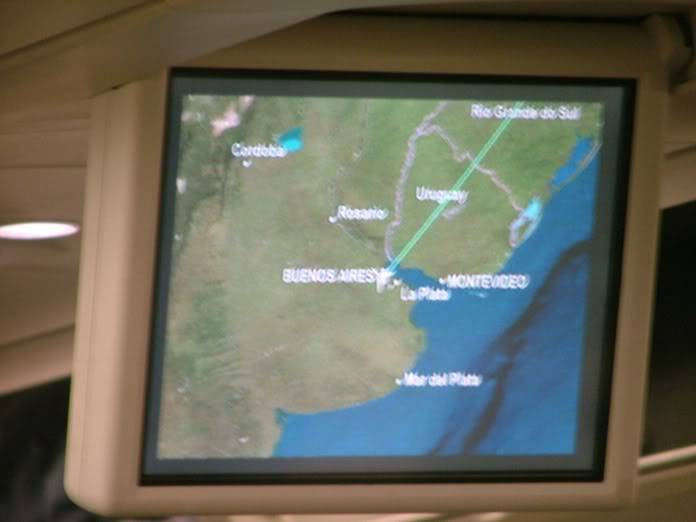 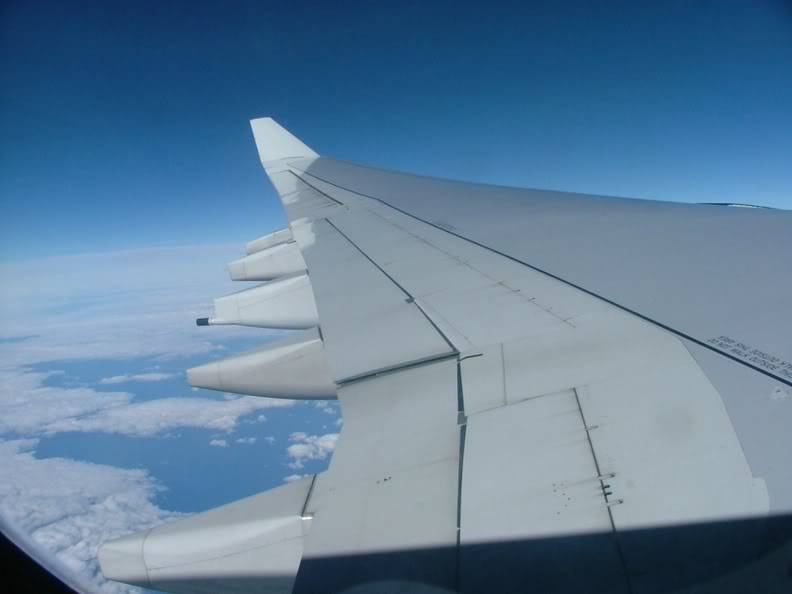 The flight attendants were closing the windows so the passengers can sleep in peace. When the cabin lights were turned on I opened my window and this is what I saw. Yes, on this flight I had a window seat 😀 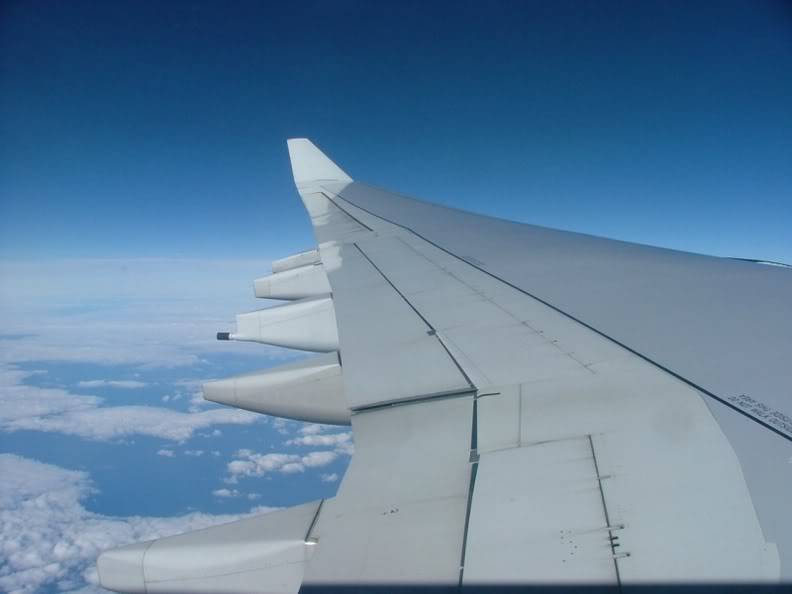 PS.I envy you for spending some days in this great wodden house ❗ ❗ ❗

Thank you very much for these great photo report. 😉

Brilliant pic's and as Greekman said I envy you for such a lovely wooden house.

Thank you guys for your sexy comments 😛

I am writing now the Part 2 of my trip report 😉

Thanks very much Agus, you took some great pics! I'm now looking forward to reading part 2!