A number of times I have seen posts about finding aircraft that have "working" windshield wipers, I found one (by accident) and they work. Here are some screen shots I took of them working and of the aircraft.
******

ANTONOV N-24 RV. Exterior Visual Model The visual model has some animations only accessible if you have shortcuts bounded to the following actions (it can be configured in the Configuration/Key Assignments menu) : - Passenger Door : open the passenger door and deploy the ladder - Cargo Door : open the cargo doors (front and rear). - Tail hook : open the cabin windows - Wings folding : enter the maintenance mode – open the gear bays, the engines, the nose and lower the antistatic ground cable - Water rudder deploy: glass cleaners The visual model has every possible animation: Exterior model animations - Flaps. (F5-F😎 Interior and exterior flaps deployment. Interior flaps have little shields that open when the flaps start to deploy. - Control surfaces. (joystick) All control surfaces are animated and have animated trimmers. (num.pad. 1, 7, 0, Enter) - Gears. (G) Rotating tires – the tires image becomes blurred at high speed to improve the visual effect. Extension/deployment using13 animated parts per gear. Working suspension. Nose gear direction independent from the rudder (the rudder can be disabled by pressing Ctrl-D) - Landing lights. On An-24 landing lights share the same body with taxi lights. To switch on the taxi lights, switch on navigation. Light beams follow the lamp animation (bounded to gears retraction). Attention: usual keyboard shortcuts (L, Ctrl-L) may not work with the panel. Use the correspondent switchers on the panel (bottom-left corner) - Doors. The passenger door (Shift-E) is supplied with a folding ladder that deploys when the aircraft is on ground. There are also two cargo doors (Shift-E 2) on the right side of the fuselage. Actually, all the doors are bounded to the same key (passenger door) because of an incompatibility of the cargo doors with the panel. - Cabin windows. (bounded to tail hook key) – open them after the landing to equilibrate the air pressure. In the cockpit, they have also animated handles. - Gear bay doors, Engine cowlings and Nose – (bounded to wing folding) all animated for maintenance mode on ground. There is also a little anti-static cable that descends to the ground. - Propellers – (F1-F4) use each three differently textured parts – for still, slow and fast rotation. They dispose of the automatic feathering – it occurs when an engine stops airborne. - Glass cleaners (bounded to water rudder deploy) – they are also visible from the cockpit. Antonov_an24rv.zip 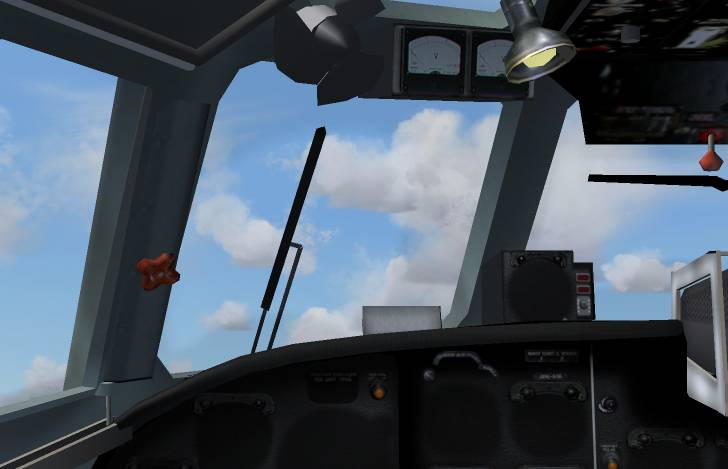 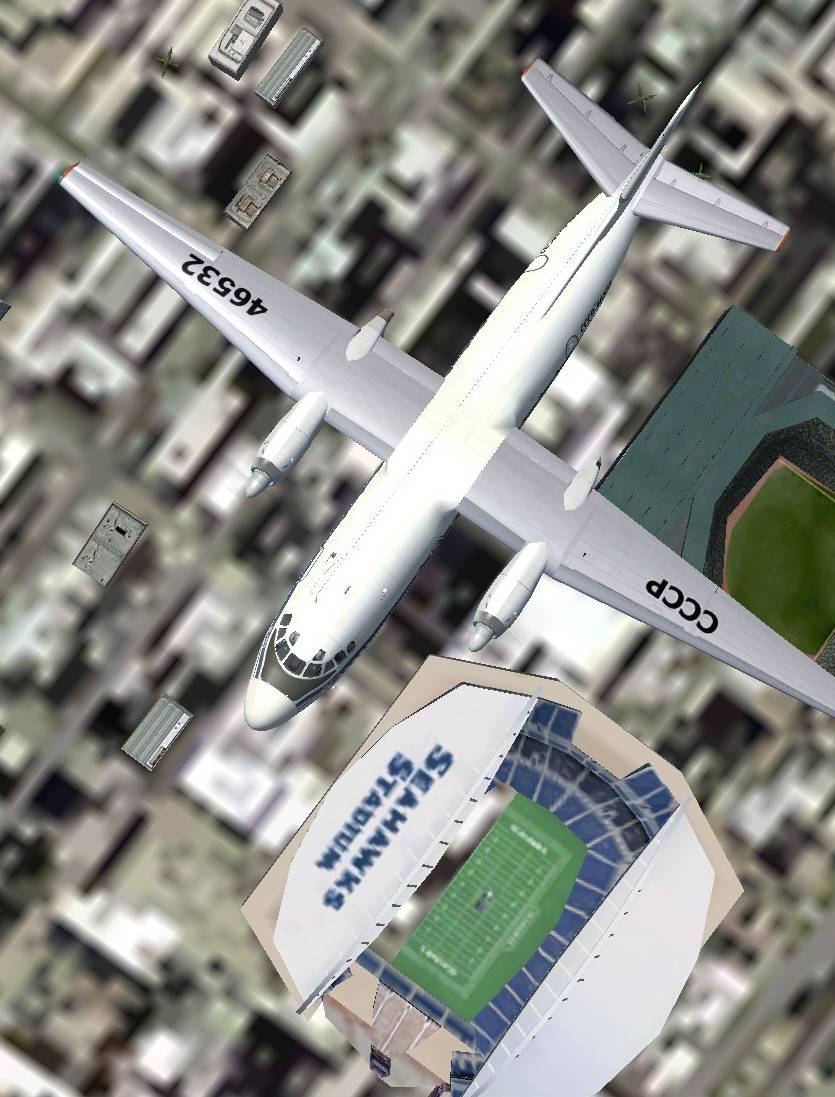 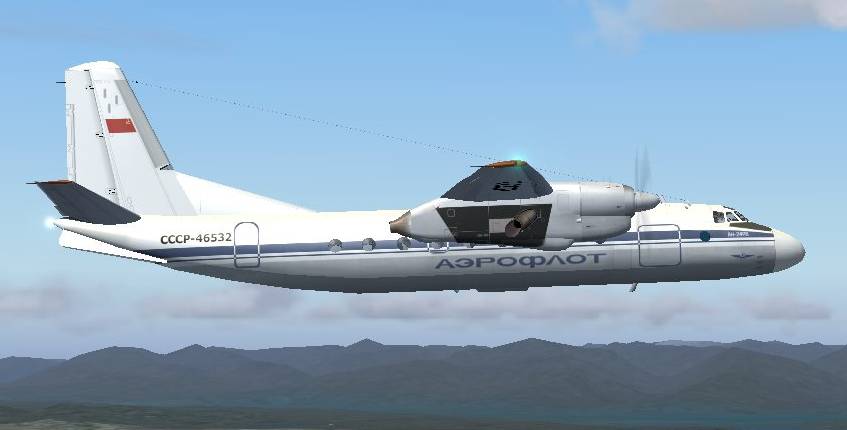 By the way, we have the Aircraft right here for download.

CAN YOU DOWNLOAD STUFF TO THE FLOPPY DISK AND STILL WORK

CAN YOU DOWNLOAD STUFF TO THE FLOPPY DISK AND STILL WORK

If I remember correctly a "floppy" only holds 1.44mb not nearly enough to hold the zip file of this aircraft, why don't you just download it to a folder on your desktop or even "burn" it to a cd.

Please don't type in all CAPS it's called shouting, thanks.

How to Install an aircraft into FS9.

I had to edit your name and the title of your post. Please don't do that again or I'll be forced to delete your entire post.
I only give one warning, this is a nice site with nice members.

How to Install an aircraft into FS9.

I dont think I would have been as patient with him. Good show Radar Man.

Thank you RadarMan. You're a class act.

how do you activate the windshield wipers anyway ❓

If the aircraft has them (big if), very few do it's usually "Shift+W", they will probably tell you in the read-me that comes with the aircraft if it has working ones.