Checkout the specs. "Our most powerful computer ever!". 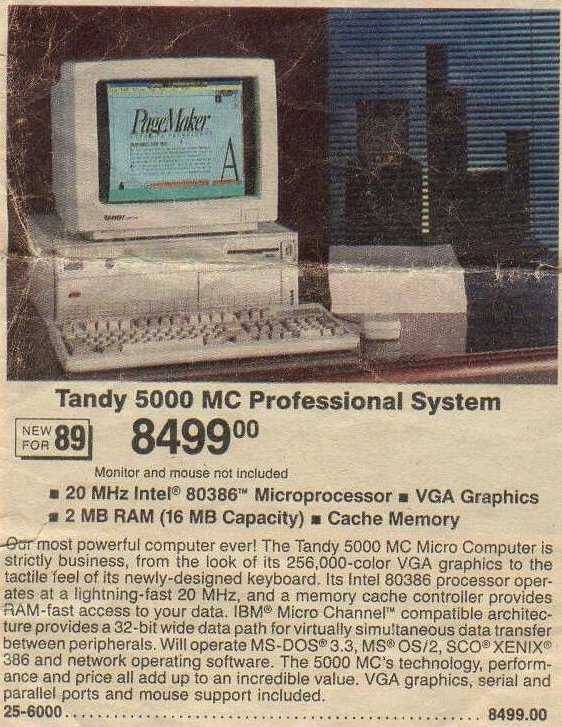 CRJCapt, where did you get that ad?

Something about it makes me suspicious that it isn't what it seems-- $8499 sounds very high for a computer without a monitor at that time, especially a Tandy (Radio Shack). IBM PC's had been on the market for several years in '89, and several other makers were in the market, so I wouldn't expect a "cheap" IBM-compatible like Tandy to cost that much.

And the dollar sign doesn't actually appear, which would be very unusual in a US publication. Maybe it was pesos or lyra or something. Could it be an English-language publication in another country?

CRJCapt, where did you get that ad?

Ed is right,
IBM sold machines in 82 when I bought my first Vic. 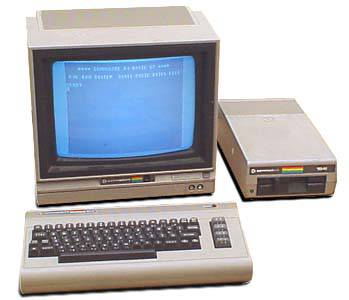 This is a Commodore 64. I actually have one of these in my garage, somewhere. I even have a modem for BBS. 🙂

Yeah, I spent some time googling for 1989 computer prices. The most expensive machines I could find in 1989 prices were Apple Machintosh II's, and they were only ~$6500 including a monitor.

According to this Wikipedia article, a Compaq 286 sold for $2000 in 1985, and Compaqs have always been a bit more "upscale" than anything sold by Radio Shack:

I found another article from 1992 that quoted Pentium II models as going for around $2200.

Computer prices have always been about the same; a decent mid-level desktop for business would cost you ~$2000 now (not a high-end gaming machine, obviously), but of course you'd get a somewhat more powerful machine than 20+ years ago. 🙄

I don't believe Tandys were ever that expensive; I think someone doctored the price in that ad. That price is WAY out of line.

I'm glad to hear it. I thought you MIGHT be offended by my critique of your post. 😉

Appleworks came with it, a primitive operating system. And, of course, he also bought MS-FS for me, as he knew I loved airplanes. All those departures from Miegs Field in glorious monochrome green!!!