Nat King Cole in the DC-3

I was emailing with Dave C on this so I thought I'd share it with the site:

But the night before last it was cold and wintery here in North-East England, so I decided to go back in time to the 1940s and take the DC-3 out for a flight.

My route was Newcastle UK (EGNT) - Dublin, Ireland (EIDW), and I set up the "Winter" season, and the "Winter Wonderland" weather theme... I loaded up the DC-3, cold and dark, and with nothing but a blank sheet of paper. then I :-

- Got the MAP up and planned a route that relied on nothing but NDB navigation, using the ADF.

- Cranked up the DC-3, took off into the snow and tuned in the first NDB.

- Then I paused the sim, took out the FS2004 disc, popped "Nat King Cole" into the CD-ROM, opened up Media Player and started the CD (quiet volume), and resumed the flight.....

- so now I'm cruising towards the north west coast of England, with a gorgeous snowy view, lots to keep me busy with the NDB only navigation, and Nat King Cole softly singing to the Passengers and Crew!

- One hour 10 minutes later I made the best "Tail Dragging" landing I've ever done (all down to Nat King Cole), in the ice.

This was the best flight I've ever Sim'd on FS, so it just goes to show, trying something different to what you usually like can work out ot be a great flight on FS !

I know, flying that aircraft is like a vacation, you get away from the busy noisy city and back to flying a slow steady aircraft, listening to the drone of those engines knowing that you can land in any field, road, ahhhh pure pleasure. Now you know why I'm hooked on tail-draggers especially the reliable old bus.
Glad you had a restful flight, it settles the jangled nerves.

as far as i'm concerned, there's nothing more relaxing than listening to some Heino as you tool along in your nice slow Baron 58.

Yip - you're right FEM, the Baron is great for a short cruise too - I'm now addicted to flying while having some music in the cockpit too !! (Not during Airliner Ops!)...... Haven't tried Heino or Ramsteinn yet though !

Gonna get the HOWARD out for a flight tonight, and try out some Classical stuff !

Do you have MSN messenger? I can send you a MP3 of Heino...He's not a rockstar, hes the most famous german folksinger the land has ever known!

No, I don't have MSN Messenger, FEM, it was upsetting my XP so I ditched it...... but will have a surf on the Internet on my lunch hour at work today and try and find a site with Heino on, for a listen !

Do you have Yahoo??? There's no Heino on the internet. You have to download it off of WinMX, or buy it off amazon.

Talking about 'instant messaging'....
Is IRC used in the FlightSim world at all?

(It should be - it still beats AIM, YIM, MSN by miles 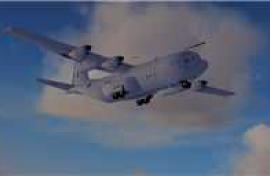