I need some serious help. I have tried everything I can think of and searched the web to no evail.

Heres the low down:

FS2004, WinXP, Dell Dimension 8100 1.3 P4, CH Flight Yoke Gameport Virtual Pilot (gray one), Thrustmaster Rudder Pedals Gameport. No game port on my computer. Purchased a Gameport to USB adapter. I connect the rudder pedals first then connect the flight yoke to the Y connection on the rudder pedals. I am able to use the flight yoke but the rudder pedals will not work at all. They won't even test during the windows calibration util. I attempted to make a new controller profile but the small check box that says "enable rudder/pedals" would not work. I received a message stating gameport or game port drivers not configured correctly. I then used the add hardware function and added a gameport to the system. When I attempted to make a new controller profile once again I was able to check the "enable rudder" box. However, the pedals still did not respond. I purchased both the yoke and pedals off ebay so I received no documentation or driver disks. I went to thrustmaster home page but they stated there was no driver for rudder pedals. I just can't figure this out. The only thing I haven't done, and don't think it will work, is update the bios. Any help, PLEASE!!!

My first thought when I was reading your problem is that I think you can only have one game port. But I'm not entirely sure about that.
Try pluging in the pedals only and see if they repond.

Thanks for the tip, but I did try just pluging in the pedals and that didn't work. My computer doesn't have a gameport so I'm using a Gameport to USB hub type thing, I think it's called Joy 8 or something. I'm getting the feeling they are just not going to work. 😞

Your basic problem is that the sound card is intergated with your motherboard. I dont buy Dell computers foe that reason. I suggess you turn of the onboard sound and go and buy a a Creative sound card with gameport , i'm assumming you have a spare PCI slot.
Good luck

Looks like scarfone has not come back to read.

the gameport - usb adapter may be the problem.

I bought a new pc with only usb's no gameport, so i bought an adapter for my cheap joystick. It works ok in all directions but every now and then the a/c throttles back. I'm pretty sure this is the adapter every so often gives the signal that i have touched the joysticks throttle (which I never do -it is always left in the back position).
If i leave the throttle forward it the whacks on full power every so often without me touching it.
i'm convinced it is the adapter, but it happens so infrequenlty and i'm a tightwad so i'm not going out to buy a new joystick until mine cacks it. 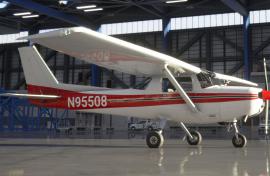