A QANTAS mid-air electrical failure near Bangkok on Monday is set to prompt a worldwide alert to Boeing 747 operators after the problem was traced to a cracked drip tray under the first-class galley.

Qantas yesterday began a fleet-wide check of its other jumbo jets after the aircraft was forced to land on Monday using battery back-up because water leaking from the tray shorted out a generator control unit.

The problem struck the aircraft, flying from London with 344 passengers, about 15 minutes from Bangkok, killing the passenger cabin lights but leaving essential functions running in the cockpit.

Qantas executive general manager, engineering, David Cox said: "It was just like tipping a glass of water into your stereo.

"It is not a good thing for that sort of equipment to have happen to it."

The short-circuit deprived the aircraft of all or most of its main electrical power and left it on an emergency system designed to provide back-up for a minimum of 30 minutes.

The highly unusual loss of power from the aircraft's four engine-mounted generators has sparked an investigation by the Australian Transport Safety Bureau, Boeing and the Civil Aviation Safety Authority as well as an internal probe by Qantas.

Aviation sources said the back-up battery was likely to last for up to an hour and the problem could have been disastrous had the aircraft been travelling too far away from a suitable landing site.

The aircraft has been repaired and put back into service, arriving back in Sydney yesterday.

Airline officials are examining information from the flight data recorder to understand how the water affected the electrical system, whether any power was still getting through and what options were available to the pilots.

"It happened at 15,000ft, so already descending on approach, and I think the first thought was 'get the aeroplane down', which was quite right," Mr Cox said. "Had they been presented with the challenge with more time in the air, there are other things they could have tried."

Mr Cox said he expected manufacturer Boeing to alert other operators to the cracking and that it could also produce regulatory action. He said at the very least operators would be asked to inspect the water protection around the equipment bay and there could be other findings to come.

"At the moment, we're out inspecting the fleet and looking to see where that water may have come from, and what steps we need to take to stop that water getting in there again," he said.

"Obviously correcting the drip tray is an immediate action but that's a relatively simple thing to do. The bigger concerns are around how the water got there, and how we protect the avionics better."

Mr Walsh said lessons could be learned from the incident, and Boeing was in a position to warn other operators to do safety checks to make sure the problem did not happen again.

"We're very fortunate that we've had a serious incident with a good outcome in terms of an aircraft landing safely and we've been able to learn from it to stop it happening again," he said.

This could have been the first major QANTAS crash yet. Thank God for backup electricity.

That is a classic case for redundant power supplies and what not.

Very interesting that a drip tray can cause so much havok...

Yes, I was reading the same topic on Airliners.Net. Interesting, thank god it wasn't fatal 😀 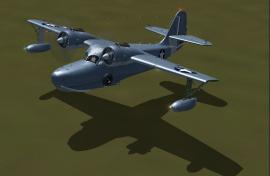