Where can I get this mod?

Can someone please give me a link to a mod that when a certain button or key is pressed, a bus or coach or truck comes to the plane and does some certain realistic movements or something like that. Does anyone know of a mod that could be like this?

Thanks for anyone who helps 🙂 .

Search Avsim for Breman in 2004 scenery
It has all you want,but only at that airport

Isn't there one for all airports?

I think that World Airports 2 does have moving jetways, trucks, vehicles, etc. I've been looking at the screenshots and they are really cool.

This is also a very good one: www.simflyers.net But I think that it is FPS hungry.

It's true, world airport two does have "moving scenery." I use that term VERY loosely. It looks cool in the shots, but as far as practicality goes it's not that great. The taxi-ways don't actually dock accurately for your aircraft. I've tried everything from default to addon to freeware aircraft and the jetway usually ends up pushing through the side of the plane! It doens't make you crash, but it's still a nuisance. Also, that feature only works on certain active jetways at every airport, and the ones that are active are usually extended anyway.

The service armada is similarly a nuisance. They added more vehicles than necessary, making the plane look extremely cluttered when they're deployed. It also only appears in VC mode, 2d panel, and spot plane view, but the spot plane view HAS to be set at a fairly close distance (specified by the manual) to see them. I find it much too close to be worth it, so frankly I disabled this feature on any airport I could.

The rest of the addon is superb though! =)

Isn't there one for all airports?

Hopefully that will be included into fs2006. 😕

Oh right, thanks for the help people! 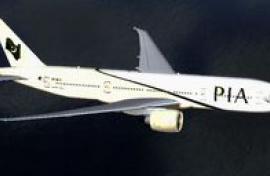