Any things you've seen that surprised you? Things you didn't think would be in the game?

Here are two I found on my last flight from San Fran to Phoenix.

There is a (very) small airfield in Oakland, Moffett I believe (KNUQ), with two MAMMOTH hangars open on two sides, big enough to fit a 747 through at 200 knots! Here is a screen shot of my trusty 737 through it:

Just south of Phoenix Deer Valley airport (which is the extreme North of Phoenix) are three hot air balloons. This screen shot is posted on this site: 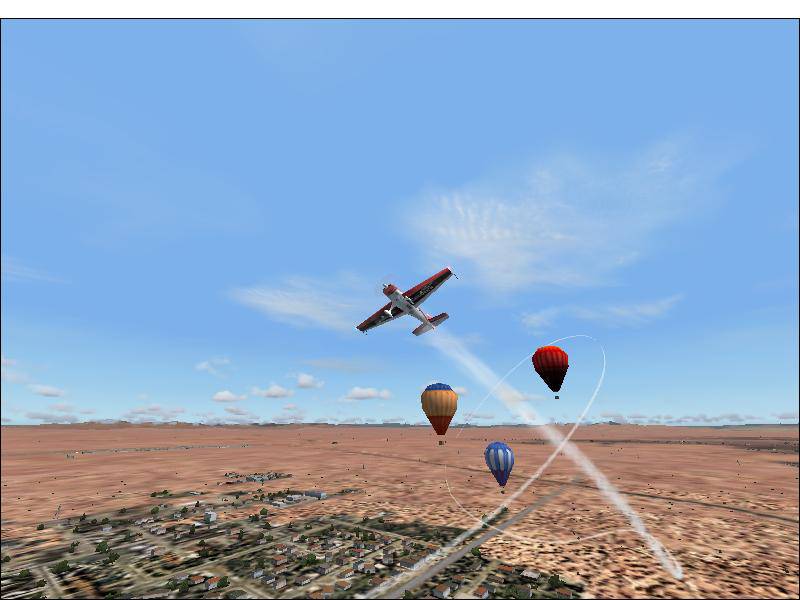 What are some of the crazy things you've come across?

We have made a topic about this in past.

The large hangars at Moffet Field are former dirigible hangars, from the days of the Hindenburg. 😀

The hangers at Moffett Field, and their sister hangers at the now-closed Tustin Air Station in southern California, were home to US Navy dirigibles and blimps that were used for coastal anti-submarine and anti-invasion patrols prior to, during, and after World War II. I'm not completely sure but I seem to remember blimps flying from the Tustin hangers when I was a kid (a very long time ago).

I have not spent much time in the bay area but I know that after Tustin became a Marine Corps Air Station, the hangers were used to house and maintain several squadrons of helicopters and office space for the personnel in the squadrons. It was closed a few years ago and, when I moved from southern California, final decisions had not yet been made about whether to trar them down or to use them in some way.

They are huge, impressive buildings.